“The destruction is unprecedented”: gas in the EU rose sharply after the emergency on the pipelines of the Nord Stream system

Gas prices in Europe interrupted an almost weekly decline and moved to a noticeable increase, exceeding $2,100 per 1,000 cubic meters. m. As experts explain, fears among market players were caused by an emergency on the pipelines of the Nord Stream system, where a sharp drop in pressure was recorded on three of the four main lines at once. The circumstances of the incident are still being established, but Nord Stream 2 AG suggested that a hole “probably appeared in the pipes.” The cause of the incident could be a targeted sabotage, the Kremlin does not rule out. At the same time, according to experts, the destruction of gas pipelines is unprecedented, and it is still impossible to estimate the recovery time. What the current situation may threaten the EU countries in winter - in the material RT. 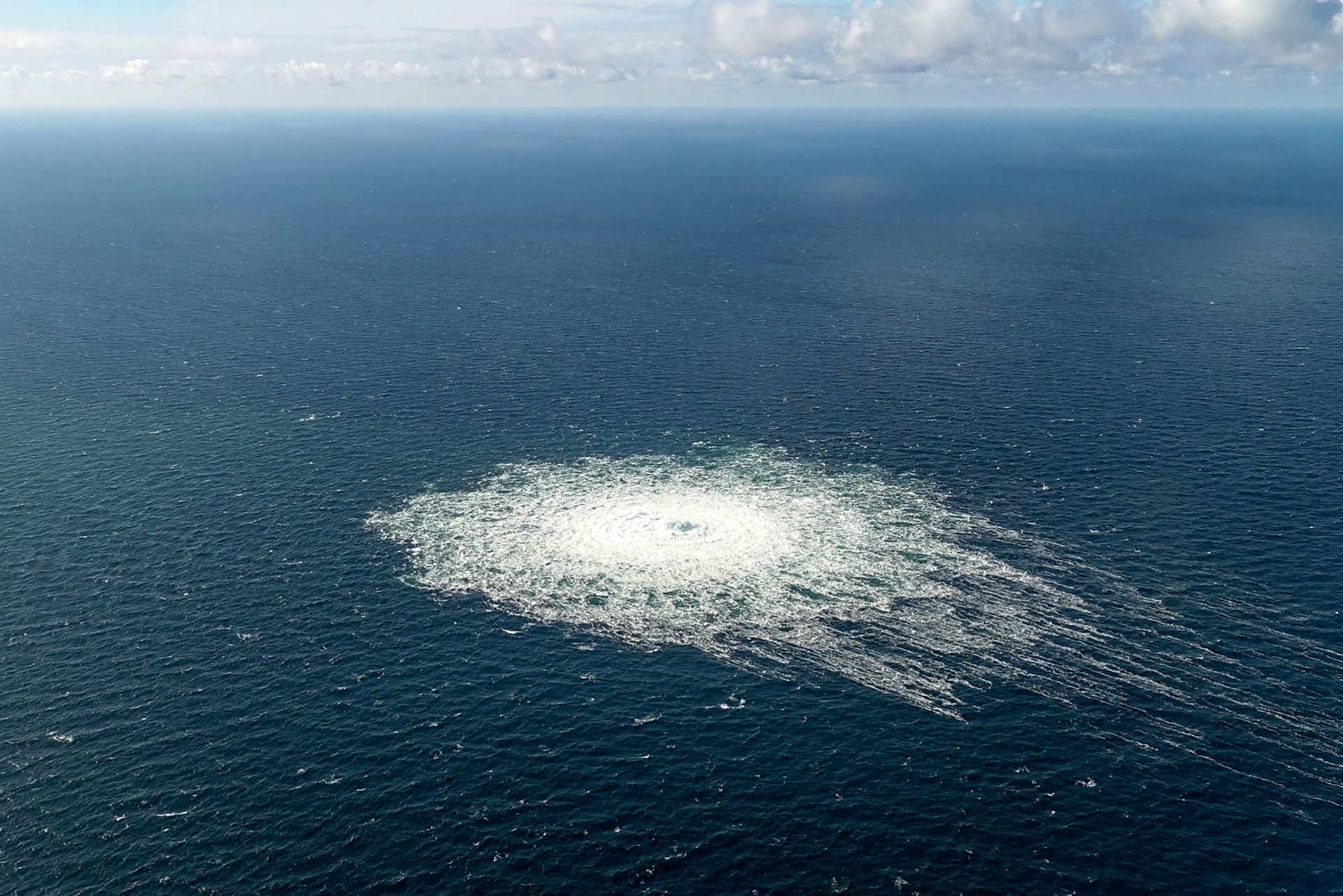 On Tuesday, September 27, trading on the European energy market is accompanied by a rush increase in gas prices.

m, according to the London Stock Exchange ICE.

m. The market reacted positively to the accelerated filling of gas storage facilities in the EU.

However, investor sentiment deteriorated sharply after news of the emergency on the Nord Stream pipelines, Mark Goykhman, chief analyst at TeleTrade, told RT.

“Gas storage facilities in the EU are filled by more than 87%, which is acceptable for the current period, and the indicator itself is successfully moving towards the target 90-95%.

This contributed to a significant decline in quotations in September after a panicky rise to $3,500 per 1,000 cubic meters.

Today, however, supply conjuncture factors have reminded of themselves.

Quotes jumped again after news of sudden damage to three lines of the Nord Stream 1 and Nord Stream 2 gas pipelines at once, which makes it impossible to pump gas through them, ”Goykhman explained.

On September 26, a sharp drop in pressure was recorded on one of the two lines of Nord Stream 2.

The gas pipeline operator Nord Stream 2 AG announced the launch of an investigation.

Later, a spokesman for the organization, Ulrich Lissek, suggested that there was "probably a hole" in the pipe.

At the same time, according to him, establishing the causes of the incident “complicates the sanctions regime and the lack of personnel on the ground,” writes the German agency DPA.

In the evening of the same day, it became known about the pressure drop on both threads of Nord Stream 1.

According to the pipeline operator Nord Stream AG, the causes of the incident are being investigated.

In turn, the sources of the German newspaper Tagesspiegel reported that the pressure in the pipes could fall due to targeted sabotage.

As the interlocutor of the publication noted, it was most likely produced using special forces, such as divers or a submarine.

The Kremlin also does not exclude the possibility of sabotage, which was announced on September 27 by the press secretary of the President of Russia Dmitry Peskov.

According to him, the country's leadership is extremely concerned about the latest news, and the situation requires urgent investigation.

“This is very disturbing news ... It is obvious that there is some kind of destruction of the pipe, and what caused it - here, before the results of the study appear, at least some option cannot be ruled out,” Peskov said.

According to the Swedish National Seismic Center, on September 26, two underwater explosions were recorded on the routes of both highways.

This was announced on Tuesday by the SVT TV channel with reference to the organization's professor Björn Lund.

At the same time, the company has not yet undertaken to say how long the restoration work can last.

“The destruction that occurred on the same day simultaneously on three strings of the offshore gas pipelines of the Nord Stream system is unprecedented.

It is not yet possible to estimate the timeframe for restoring the efficiency of the gas transportation infrastructure,” the report says.

Recall that the Nord Stream 1 and Nord Stream 2 pipelines allow gas to be pumped directly from Russia to Germany, from where the fuel can then be transported to other EU countries.

All four lines of pipelines run along the bottom of the Baltic Sea and in total allow pumping 110 billion cubic meters.

m of fuel per year.

It should be noted that Nord Stream 1 started operating in 2011.

The construction of Nord Stream 2 was completed only in September 2021, but the gas pipeline was never put into operation for political reasons.

In the summer of 2022, gas supplies via Nord Stream 1 began to decline sharply, and in early September, the pipeline was completely turned off due to technical problems.

As explained in Gazprom, the identified malfunctions of the main turbines do not allow for the safe pumping of fuel, and Western sanctions against Russia made it impossible to repair equipment for the pipeline.

As an alternative, the Russian authorities have repeatedly offered Europe to launch Nord Stream 2, but the EU leadership was categorically against this initiative.

For example, German Vice Chancellor and German Economy Minister Robert Habeck said that such a decision would mark the failure of the EU sanctions policy against Moscow.

Nevertheless, a number of political elites in the EU expected that after tensions between Russia and Europe eased, gas supplies through the Nord Stream system would eventually be launched.

However, now, taking into account recent events, it will be much more difficult to do this, Stanislav Mitrakhovich, an expert at the National Energy Security Fund, is sure.

According to the specialist, repairs on highways can last from several months to several years.

This, in turn, sets up market players in a nervous environment, which is reflected in prices.

“I'm not sure that in the foreseeable future it will be possible to launch at least one of the highways.

Apparently, there really was a sabotage or an accident at the facilities on the part of those who want to delay as much as possible even the hypothetical scenario of normalizing relations between Russia and the EU.

The West, of course, can accuse Moscow of trying to psychologically put pressure on Europe in this way.

But if Russia wanted to put pressure on it, it would have stopped supplying gas through Ukraine long ago, and this has not happened yet,” Mitrakhovich explained.

Analyst FG "Finam" Sergey Kaufman also believes that now there is practically no hope left on the market for the restoration of gas supplies through the Nord Stream system in the near future.

At the same time, as the expert emphasized, it is still difficult to say to whom this can be beneficial, since there are many options.

“These could be, for example, both representatives of the United States or Norway, who benefit from increased gas prices in Europe, or simply terrorists.

Definitely something can be approved only after a proper investigation, ”the specialist added.

At the same time, back in early February 2022, United States President Joe Biden promised to put an end to Nord Stream 2 in the event of a military conflict between Russia and Ukraine.

The head of the White House stated this during a press conference with German Chancellor Olaf Scholz.

There will be no more Nord Stream 2.

On September 27, US Secretary of State Anthony Blinken admitted that the emergency on the trans-Baltic gas pipelines could be an act of sabotage.

However, he noted that it "does not meet anyone's interests."

It should be noted that, along with the lack of gas supplies via SP-1 and SP-2, pumping fuel from Russia to the EU in other directions is now also difficult.

The export of raw materials through the Yamal-Europe pipeline was completely stopped due to restrictions from Poland, and Ukraine halved the transit of Russian gas to the European Union through its territory.

Thus, among the highways oriented to Europe, only the Turkish Stream is operating at full capacity today.

Although the occupancy of underground gas storages (UGS) in the EU has almost reached the target levels, without stable fuel supplies from Russia during the heating season, it will not be easy for European countries to survive the coming winter.

This conclusion was made by specialists of the Gazprom Export company, TASS writes.

“The most difficult winter month will be January, when consumption peaks steadily exceed 1.8 billion cubic meters.

The capacities of European UGS facilities have historically had the potential to cover these peaks, but will they be able to cope with this task, given the drop in pipeline gas supplies from the Russian Federation due to the fault of the Europeans themselves?”

The lack of gas in the winter risks leading to a new round of rising prices for fuel and electricity in the EU, analysts say.

This state of affairs can become a real stress test for the economy and population of the region, experts believe.

“In order to combat the shortage of gas, we will have to reduce its consumption.

That is, it will be necessary to introduce rationing of the use of resources and forcibly close enterprises.

In this case, Europe can expect a deep recession, inflation, devaluation, a decline in the quality of life, as well as a reduction in competitiveness with China and the United States.

But on the other hand, this will help the authorities save energy for the public sector,” Stanislav Mitrakhovich concluded.