The eminence grise of the Muslim Brotherhood, the Egyptian preacher naturalized in Qatar, Sheikh Youssef al-Qaradaoui, died at the age of 96, his Twitter account announced on Monday September 26.&nbsp; 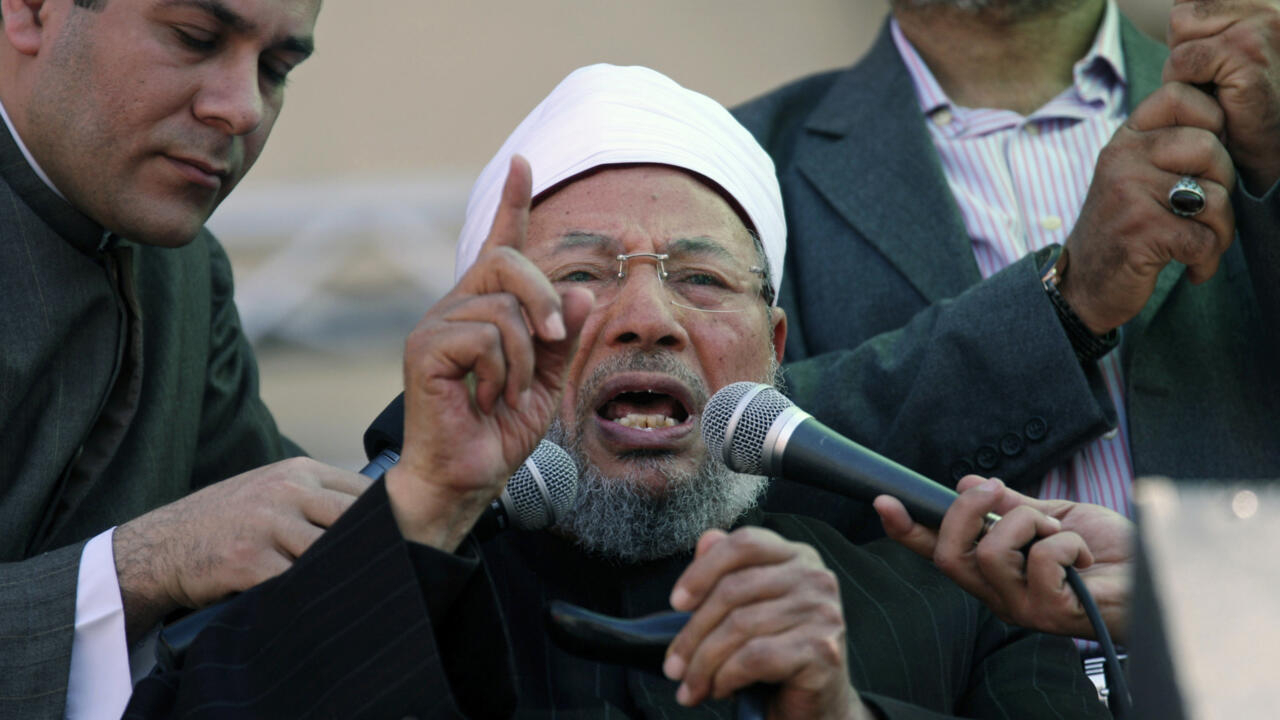 The eminence grise of the Muslim Brotherhood, the Egyptian preacher naturalized in Qatar, Sheikh Youssef al-Qaradaoui, died at the age of 96, his Twitter account announced on Monday September 26.

Saint for some, demon for others, the Egyptian-Qatarian sheikh Youssef al-Qaradoui died at the age of 96 in Doha.

For the Islamists, he was the great theoretician of the modernization of the interpretation of Sharia.

For anti-Islamists, he was the theorist justifying terrorism in the name of Allah.

From his early youth, Youssef al-Qaradaoui quickly joined the Brotherhood of the Muslim Brotherhood, reports our correspondent in Cairo,

Considered one of the spiritual fathers of the brotherhood founded in 1928 in Egypt, he was imprisoned several times in his country where the Muslim Brotherhood is now considered "terrorist" and incurs the death penalty for belonging to their organization.

This earned him being imprisoned at 23 under the monarchy and then three times under President Nasser.

The sheikh went into exile in Qatar in the early sixties.

He then created the faculty of Sharia, obtained Qatari nationality and became one of the advisers of the Emir who placed him at the head of the World Union of Ulemas of Islam.

The famous preacher, whose sermons were often broadcast by the Qatari satellite channel Al-Jazeera, chaired the International Union of Muslim Scholars, an association of Sunni clerics based in this small gas emirate in the Gulf.

In 2012, he was declared persona non grata by French President Sarkozy for “his support for extremist Muslim theses”.

In 2017, in full tension with Qatar, Egypt, Saudi Arabia, the United Arab Emirates and Bahrain put him on the terrorist list as a Muslim Brotherhood.

In 2018, he was sentenced to life imprisonment

by an Egyptian military court.

His daughter Ola al-Qaradaoui is herself prosecuted in Egypt for "belonging to a prohibited organization" and "participation in its financing".

and, if she was released at the end of 2021, the charges against her still weigh.