The new tax on large incomes, which will come into force on January 1, runs the risk of incurring double taxation. To record the same event twice... 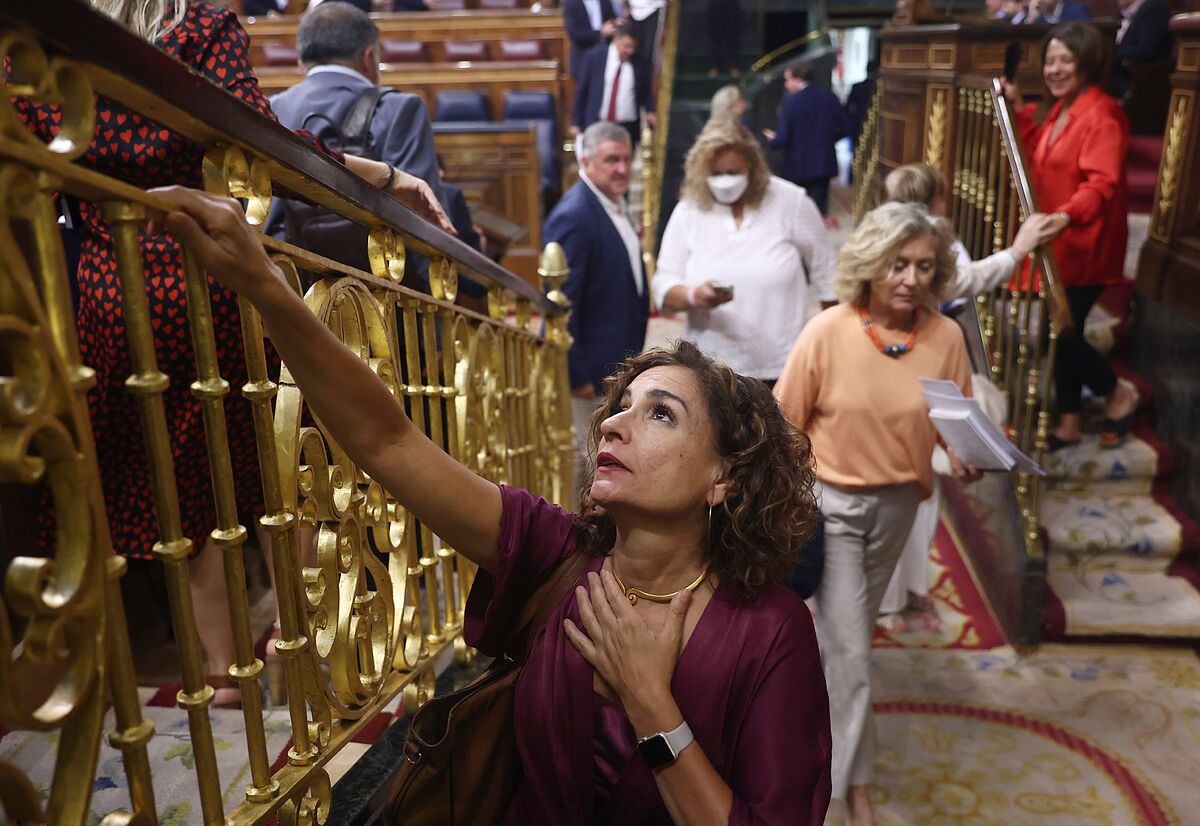 The new tax on large incomes, which will come into force on January 1, runs the risk of incurring double taxation.

To tax the same taxable event twice and, therefore,

And in the Treasury they are fully aware of this, so much so that it is one of the aspects in which the technicians of the Ministry work the most.

Sources from the department of

acknowledge to this newspaper the concern and special care that is being placed on this point.

Combining the new figure with the Wealth Tax is essential to avoid complaints and even legal setbacks, they insist, although they are fully sure of being able to find a way.

example of taxes on banking and energy

, which really do not contain the word tax in their name in a totally deliberate way: an exceptional non-tax tax and a public patrimonial benefit.

, current Secretary of State for Finance and former Director General of the Tax Agency, was key in this process.

His knowledge of the tax system is very remarkable, and his importance also seems capital in this new tax on the rich.

Beyond the difficulties to avoid double taxation, the figure will be temporary, as Montero explained yesterday.

The Treasury also raised the possibility of undertaking a new increase in personal income tax for the highest brackets, but the Ministry has decided to delve into the option of a new tax.

This will mean that the measure cannot

be included in the General State Budgets

(PGE) of 2023, but it will be necessary to process it in parallel since the legislation does not allow the creation of new figures through public accounts.

Its collection capacity will not be very high, especially in comparative terms with other taxes of the Spanish tax system, although the Treasury is hopeful that it will reach a certain importance.

For now, the closest precedent and with some similarity is that increase in personal income tax for high incomes that the Government already decreed in 2021, and that this year is around 340 million collected, according to the latest data.

It will, however, have a much greater importance in terms of

ideology, elections and the political struggle against the PP

In fact, a new tax on high incomes is a demand that United We Can began to carry out almost from the moment the coalition government was created.

And in the agreement that gave rise to that Executive, it was already stated that "the taxation of large fortunes will be studied in order for them to contribute to a fairer and more progressive tax system."

For this reason, in the purple

they consider that the minister has improvised the new tax in response to the PP's fiscal offensive and that, in addition,

she has appropriated her proposal

In the Treasury, on the other hand, they absolutely reject this point.

Montero affirmed this Thursday that the technicians have been working on the tax for "weeks", which would mean that while they rejected the requests of Podemos in the Ministry they were already "exploring" possibilities.

This is also underlined by sources in this department, where it is also considered that the announcement is a blow after the numerous announcements by the PP.

In the formation of

, on the other hand, they estimate that the Government is trailing what the popular regions announce and decide.

What does seem unquestionable is that by linking the tax to the Budgets in some way, by carrying out this parallel procedure, the Government ensures the support of a large part of its partners.

Podemos, despite the aforementioned misgivings, has shown its satisfaction and even asks that the figure be permanent.

And the rest of the leftist formations, such as ERC or Bildu, will also predictably be satisfied with the tax.

The PNV may express some complaint about this tax, but budget negotiations with the

always end up paying off the same way: with some prebend that ends up ensuring their favorable vote.