Lebanon: due to successive robberies, banks close their doors

In Lebanon, banks have decided to remain closed until further notice after a series of robberies carried out by Lebanese desperate to not be able to recover their savings. 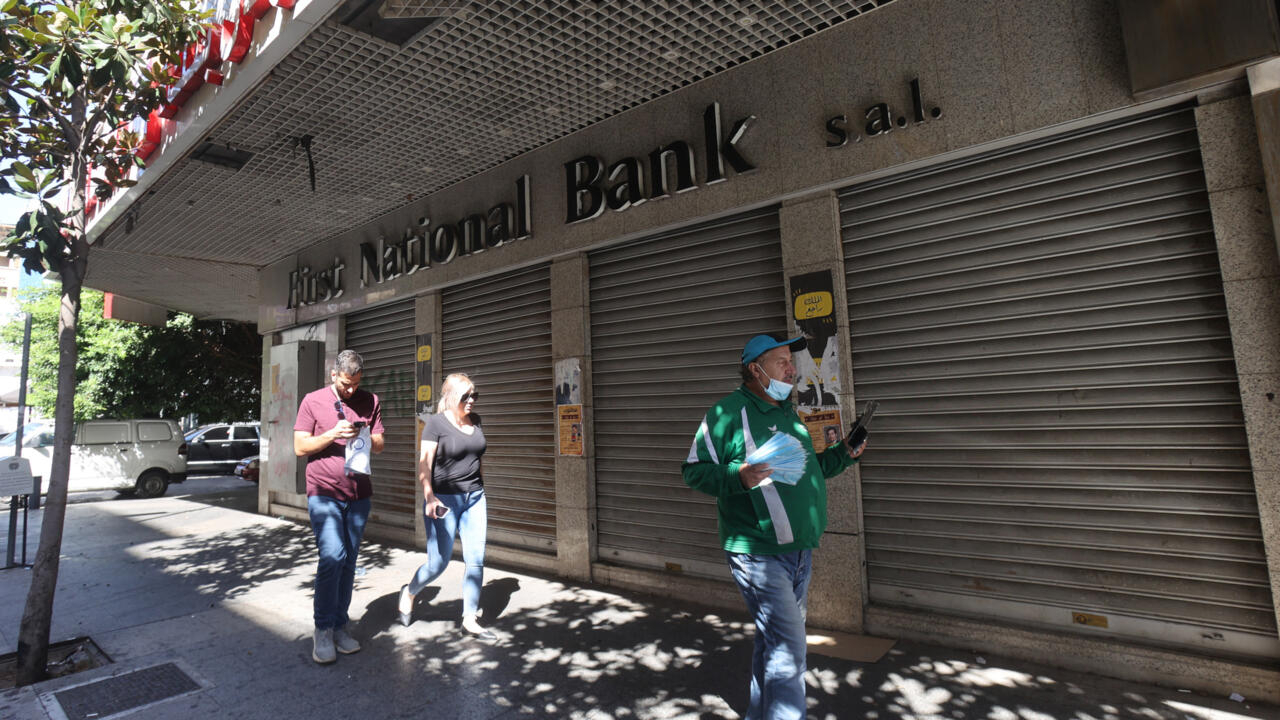 Lebanon: due to successive robberies, banks close their doors

In Lebanon, banks have decided to remain closed until further notice after a series of robberies carried out by Lebanese desperate to not be able to recover their savings.

will remain closed until further notice after having lowered their curtains all week.

The owners of banking establishments demand from the authorities a firm and effective security plan to protect them from robberies.

In the past two weeks, the robberies have multiplied.

Angry depositors forced, often under the threat of toy weapons, the heads of their agencies to hand over sums sometimes reaching tens of thousands of dollars, withdrawn from their accounts.

► Read also: Faced with the worst economic crisis in 150 years, the Lebanese seek to leave their country

Since 2019, banks have imposed drastic restrictions on withdrawals and savings have been greatly devalued by the depreciation of the pound against the dollar.

The closing of the counters is accompanied by the shutdown of a large number of vending machines which are no longer supplied with banknotes or electricity.

As a result of this unprecedented situation, the Lebanese are starting to run out of cash in a country where purchases are made in cash and where bank cards are no longer accepted by most traders.

The situation is likely to become critical with the approach of the end of the month and the payment of salaries for employees in the private and public sectors.

The owners of the banks demand a strengthening of security around the branches and more severity against the robbers, with whom

the justice system is rather lenient.

► To read also: Bank robberies in Lebanon: faced with the despair of savers, the phenomenon is gaining momentum