The Dubai Initiative for Sustainability revealed that Dubai residents and visitors have consumed more than 800,000 liters of water from refill stations in the main areas of the emirate, which has contributed to the provision of more than 1.6 million single-use plastic bottles so far. in the middle 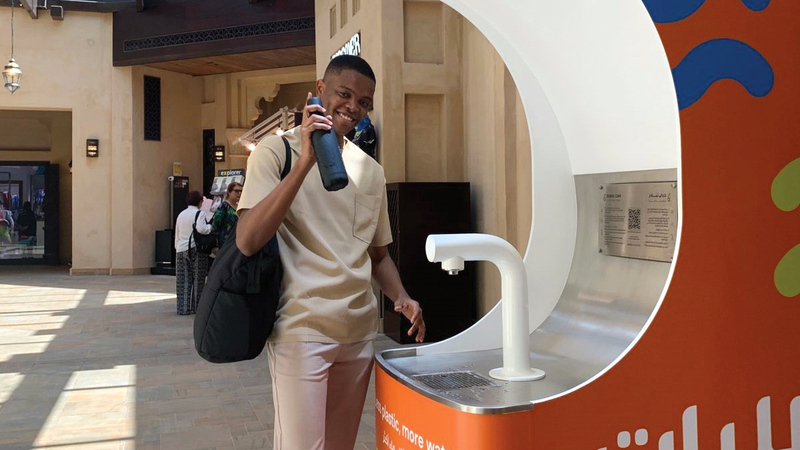 "Dubai Initiative" contributed to the provision of 1.6 million plastic bottles

The "Dubai Initiative" campaign for sustainability has achieved positive results since its launch.

The Dubai Initiative for Sustainability revealed that Dubai residents and visitors have consumed more than 800,000 liters of water from refilling stations in the main areas of the emirate, which has contributed to the provision of more than 1.6 million single-use plastic bottles so far.

This achievement comes within the framework of the efforts of Talabat Al Emarat, the sole founding partner of the Dubai Initiative for Sustainability, launched by His Highness Sheikh Hamdan bin Mohammed bin Rashid Al Maktoum, Crown Prince of Dubai and Chairman of the Executive Council, in mid-February, to provide the communities in which it operates. With sustainable water, and improving the health and safety of delivery drivers, by ensuring their access to water stations throughout the year.

Talabat Al Emarat announced the results it achieved during the past six months, as part of the initiative to reduce the use of single-use plastic water bottles, as it contributed through 20 water refilling stations, spread across the Emirate of Dubai, by more than 45%. Of the total packages that succeeded in providing "Dubai Initiative" for sustainability.

Tatiana Rahal, General Manager of Talabat Al Emarat, said: “(The initiative) goes beyond raising awareness about the impact of plastic on the environment, to providing an innovative solution that contributes positively to changing the behavior of society on a large scale.

We are also pleased that our drivers and all delivery drivers in other companies are benefiting from the free water refill stations, especially during the summer.”

Yousef Lootah, Executive Director of Development and Investment at the Department of Economy and Tourism in Dubai and Vice President of the Dubai Sustainable Tourism Initiative, noted that the Dubai Initiative for Sustainability falls within the framework of the goals of our wise leadership, which aims to consolidate Dubai's position as a sustainable and pioneering destination, and make it the best city. In the world to live, work and visit.

He said that the strength of the integration of partnerships between the public and private sectors in Dubai is one of the necessary aspects to achieve the sustainability strategy, as it formed a unique model whose features were evident with the success of the initiative, which encouraged the continuation of the scene of cooperation and partnerships between government agencies and private sector companies, to achieve sustainable growth.