Germany prioritizes energy transport: coal before passengers due to crisis and drought

Germany will give temporary priority to rail transport of coal and oil over passenger transport in the event that the energy crisis worsens, in order to guarantee... 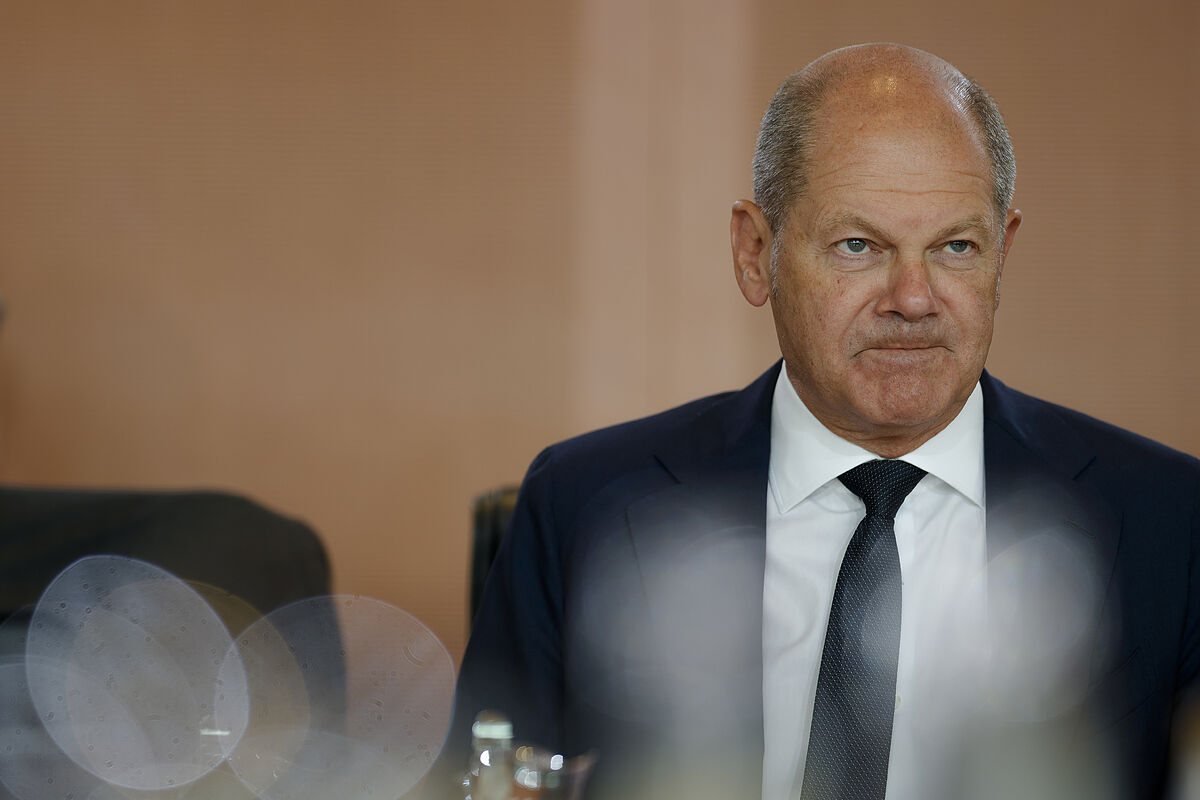 Germany will temporarily prioritize rail transport of coal and oil over passenger transport in case the energy crisis worsens to ensure the fast and uninterrupted operation of power plants, refineries and electricity grids.

The decision, which the Government adopted this Wednesday by decree,

will mean a change in supply routes,

a logistical challenge derived from Germany's desire to free itself from energy imports from Russia as soon as possible.

The railways are in a situation of overload, "which means that we will have to prioritize, in case additional transport is needed in the short term in the energy sector," explained the Minister for Digital Affairs and Transport,

The decree creates the legal basis and the conditions to be able to act quickly "when the corresponding emergency situation arises" and it is necessary to prioritize energy transport. "That may mean that passenger trains have to wait", which, Wissing noted, "it will not be an easy decision."

For his colleague from Economy and Climate,

, substituting Russian gas in the electricity sector for coal and oil requires changing supply routes and prioritizing energy transport by rail". The drought that Germany is suffering has narrowed the range of logistics The low water levels of the German rivers, in particular the Rhine, which currently only allow the passage of ships with a small volume of cargo.

The volumes of goods that are transported on the Rhine cannot be transferred to the railway.

This is because there are now

more trains than ever on the German rail network

The construction works of the railway infrastructure, deteriorated for about three decades, and the increase in passengers traveling with the 9-euro ticket are causing a high level of stress: not only for railway customers and employees, but also for the rail network itself.

Not even 60% of German long-distance trains arrived on time, although Deutsche Bahn no longer counts delays of up to six minutes.

The situation is somewhat better in regional transport, where almost 90% of regional trains are punctual.

Freight trains are also anything but punctual and reliable.

With more than 200 freight trains at a standstill in places, German industry has been on the barricades for months.

has worsened considerably in recent months

due to the restriction of gas supplies by Russia and the sanctions against the Putin regime.

In addition, a hot, dry summer has caused the Rhine and other major waterways to dry up.

The responsible ministers can only hope for rain.

And that is precisely what is going on.

"The objective is to guarantee the operation of power plants, refineries, electrical networks and other vital companies," reads a document from the federal ministries of Economy and Transport, distributed over the weekend.

To ensure that coal continues to reach power plants and oil refineries, they want to prioritize transporting energy by rail for six months.

The market leader, the state-owned company Deutsche Bahn, will put into circulation

Compared to DB Cargo's 20,000 freight trains, 50 coal trains are indeed an anecdote in Europe's leading economy, but they have the advantage that coal supplies for power plants and factories can be stored.

But the government decree, at first glance understandable, has not gone down well in the oil and gas transport sector, which is dominated in Europe by private competitors organized in the European Railway Network.

For the deputy director general of the association, Neele Wesseln, skeptical of the new regulations of the German government, this decree was unnecessary since freight trains could already have priority today, but after paying an express surcharge.

The Die Güterbahnen association is also not very enthusiastic "It sounds plausible, but it could turn out to be a head start. There is already enough chaos on the railways," said the association's spokesman, Peter Westenberger.

He called for "an in-depth debate rather than hype."

It almost goes without saying that passenger representatives are against giving priority to trains running on coal, oil or gas.

"No commuter or long-distance train should be canceled by these transports," demanded

He said that the chaos of the 9 euro monthly subscription had made the serious problems of the railways in Germany visible to the whole world.

"We have been asleep in the last three decades when it comes to expansion and have even criminally dismantled the infrastructures."

More delays would make people leave the trains and go back to their cars and that's exactly what we don't want," says Neuß.

The Minister of Transport tries to calm things down.

When the €9 ticket campaign expires at the end of August, the passenger traffic situation will ease.

Furthermore, Wissing maintains, not all possibilities of expanding freight trains or running more trains at night have been exhausted.

Everything is possible, as long as the drawback of the expansion of freight trains is resolved, and that is that wagons are scarce throughout Europe.