Debt gap: how the loss of financial independence can affect the economy of Ukraine

The monthly deficit of the Ukrainian economy exceeded $5 billion, and the country became bankrupt, said State Duma Speaker Vyacheslav Volodin. According to him, the state is not able to fulfill its obligations to citizens and depends on the help of the West. The total volume of financial support promised to Kyiv already amounts to more than $82 billion. However, Europe is unable to list all the planned subsidies against the backdrop of growing economic difficulties in the region. The lack of funding is forcing the Ukrainian authorities to actively print money, which leads to higher inflation and uncontrolled price increases, experts say. 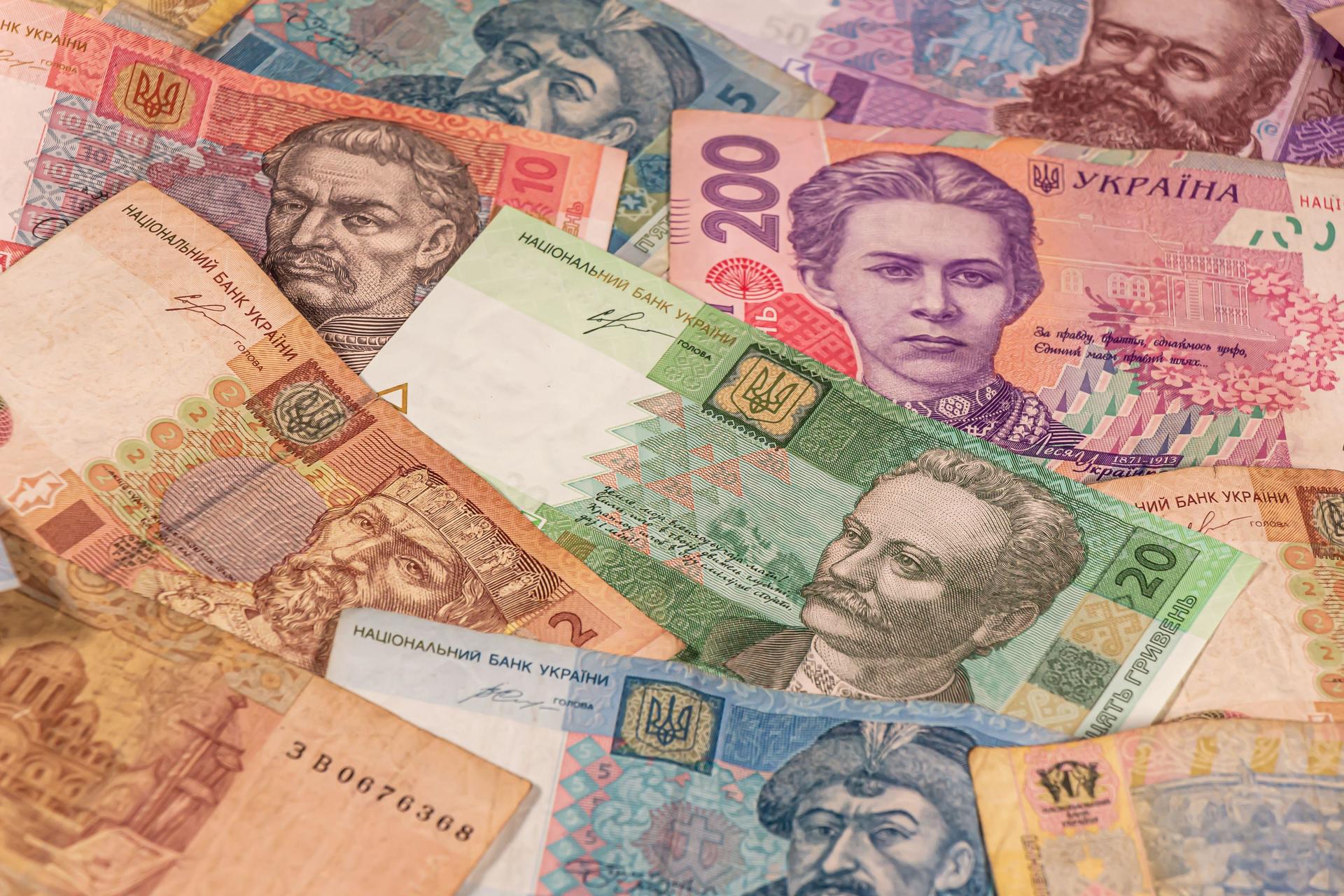 Ukraine has lost its financial independence and is in the status of a bankrupt.

This was announced on Monday, August 15, by State Duma Speaker Vyacheslav Volodin in his Telegram channel.

According to him, the collected taxes form only 40% of the state budget.

At the same time, more than 60% of them go to the military needs of the country.

“The monthly deficit is $5 billion. Without the help of Washington and Brussels, Kyiv can no longer fulfill its obligations to citizens,” Volodin stressed.

According to the Kiel Institute for the World Economy (IfW, Germany), the total amount of military, financial and humanitarian aid promised to Kyiv is already about $82.3 billion (€80.7 billion).

At the same time, the growth rate of such support has ceased to be intense, the organization's researchers admit.

At the same time, there are significant discrepancies between the supposed and actually provided funds for assistance to Ukraine.

“The big gap (in volume

) of the promised and provided support is striking.

Both military and financial support still fall short of what Ukraine says it needs and what it was promised,” the IfW study says.

According to the country's Finance Minister Sergei Marchenko, Kyiv plans to receive a significant financial tranche from the West by the end of 2022.

“Everything depends on the success of the negotiations, up to $30 billion, maybe.

We have already received $14 billion, and by the end of the year we can get another $12 to $16 billion,” the official said in an interview with RBC-Ukraine.

According to him, in order to fulfill their obligations, the Ukrainian authorities need $5 billion a month in the form of assistance from partners.

It is noteworthy that earlier adviser to the head of state Oleg Ustenko said that to cover the deficit, Kyiv needs to receive $9 billion a month from the West.

Currently, Ukraine is in a difficult economic situation; its current capacities are not designed for sustainable interaction with the economies of developed countries.

Vladimir Bruter, an expert at the International Institute for Humanitarian and Political Studies, spoke about this in an interview with RT.

“With the start of the military special operation, domestic production ceased, and the export of grain and other products decreased significantly.

At the same time, initially the EU and the US were not going to help Ukraine to such an extent that it could successfully function independently.

They are fueling the current regime with the aim of bringing the Kyiv authorities completely under the control of the West,” Bruter said.

Earlier, German Chancellor Olaf Scholz said that the restoration of Ukraine would cost more than the "Marshall Plan" - the post-war US aid program, and would cost billions.

So, back in mid-May, the head of the European Commission, Ursula von der Leyen, proposed to allocate about € 9 billion to Kyiv by the end of the year.

Meanwhile, on July 15 it became known that the EU will be able to send only €1 billion to Kyiv as part of the macro-financial assistance program, which involves issuing loans to neighboring countries on favorable terms.

Moreover, later the European Commission noted that in order to provide the rest of the amount, the European Union needs an additional airbag, for which there are no funds in the European budget yet.

Europe cannot fulfill its loud promises, as it suffers from problems with its own economy, analysts interviewed by RT agree.

Recall that in July 2022, consumer prices for goods and services in the eurozone increased by an average of 8.9% compared to the same period in 2021.

This indicator of annual inflation has become the highest for the entire period of observation.

At the same time, the cost of energy in the region has increased by almost 40% over the past 12 months.

“Since 2015, Ukraine has been systematically pumped up with loans from the West.

The amount of tranches was about $1.5-2 billion. This was hardly enough to fulfill social obligations, but there was nothing left for the development of the necessary infrastructure projects.

At the same time, funding did not give any significant results before, and now the situation has become even worse.

Therefore, the West, in the conditions of its own economic instability, began to delay the issuance of subsidies to Kyiv,” said political scientist Andrei Suzdaltsev.

In part, the suspension of the allocation of funds on the previous scale is caused by the bureaucratic procedures of the EU.

Thus, European financial institutions must necessarily take into account the credit rating and solvency of the country to which assistance is provided, explained Alexander Losev, member of the Presidium of the Council on Foreign and Defense Policy.

“To issue a loan, the state must have high economic indicators, which Ukraine currently does not have, since it has lost the ability to independently finance its budget and conduct business.

As a result, the EU cannot transfer funds to Kyiv without violating its own laws.

But openly the European bureaucracy does not want to admit that it is no longer able to support the current regime, which is why it is playing for time, ”said the interlocutor of RT.

According to estimates by the Ministry of Finance of Ukraine, whose data was previously cited by Bloomberg, the total amount of the country's debt obligations is $19.6 billion. At the same time, foreign creditors agreed to change the terms of the loans taken by Kyiv and defer their repayment for two years.

We are talking about 75% of foreign bonds.

It is expected that a temporary credit freeze will save Ukraine about $5.8 billion. International rating agencies S&P Global Ratings and Fitch Ratings perceived such actions as a situation close to default.

In response to this, Kyiv has already been forced to adopt a number of new laws that provide for actual external control over some industries,” Volodymyr Bruter stated.

In addition to changing the legislative framework, Kyiv, in an attempt to reduce the budget deficit, began to actively increase the issue of money.

According to the head of the National Bank of Ukraine (NBU), Kirill Shevchenko, from March to June, the volume of monthly new money printed increased more than five times - from 20 billion hryvnia (about $542.5 million) to 105 billion hryvnia ($2.85 billion).

“A sharp increase in money supply leads to hyperinflation if the launch of a paper machine is not secured by anything, which is currently happening in Ukraine.

Uncontrolled printing of money can lead to a further decrease in the income of the population and poverty,” said Alexander Losev.

According to NBU estimates, from February to July, consumer inflation in Ukraine accelerated from 10.7% to 22.2% in annual terms, and by the end of the year, the figure may exceed 30%.

At the same time, the actual rate of growth in prices for goods and services may be many times higher, analysts do not exclude.

“The dollar has already risen by 25% against the hryvnia, food prices have skyrocketed, and real wages have fallen by 27%.

At the same time, only the food industry functions normally.

Even Kyiv's hopes for grain exports did not come true, which negatively affected the replenishment of the budget.

To survive the winter, the Ukrainian authorities need the help of the West, which they are trying to enlist by any means, ”said Andrey Suzdaltsev.

According to analysts, Kyiv often uses energy disputes as one of the ways to put pressure on Western partners.

Thus, on August 4, the transit of oil along the southern direction of the Druzhba pipeline was completely stopped after Ukraine did not receive money for pumping raw materials from Russia.

As Igor Dyomin, adviser to the president of Transneft, explained, the transportation was stopped because the payment did not go through due to new EU sanctions.

“It was a provocation to speed up the flow of financial assistance, including military.

At first glance, such blackmail was devoid of logic, since Kyiv's actions could cool down Europe's desire to help Ukraine.

But this is the whole essence of the current regime,” suggested Alexander Losev.

Oil through the Druzhba pipeline comes directly from Russia to several EU countries.

However, the Kyiv authorities agreed to conduct transit only after the Hungarian company MOL and the Slovak Slovnaft paid all the necessary fees for Russia.

For Ukraine, the transit of energy raw materials is still one of the reliable ways to make a permanent income, Suzdaltsev noted.

“Despite the fact that the volume of deliveries through Ukraine has almost halved since the beginning of the special operation, these revenues allow filling the budget.

Russia continues to be a source of resources for Europe, and with the start of the heating season, payments for transit will increase, which will play into the hands of the Kyiv authorities,” Suzdaltsev stressed.

According to the expert, the future prospects of the Ukrainian economy will largely depend on the results of the special operation.

At the same time, as analysts note, the main part of the country's industrial capacity is concentrated in Left-Bank Ukraine, over which Kyiv has already lost partial control.

“The Ukrainian economy in the traditional sense of the word no longer exists.

After the completion of the special operation, industry and other industries will most likely be inextricably linked with the Russian economy.

Such cooperation will be beneficial for both of its participants,” Alexander Losev concluded.