Emirates Airlines announced today the signing of a new codeshare agreement with Greek carrier AEGEAN, allowing its customers to seamlessly continue traveling to eight destinations in Greece via Athens, using a single ticket and a consistent baggage policy. 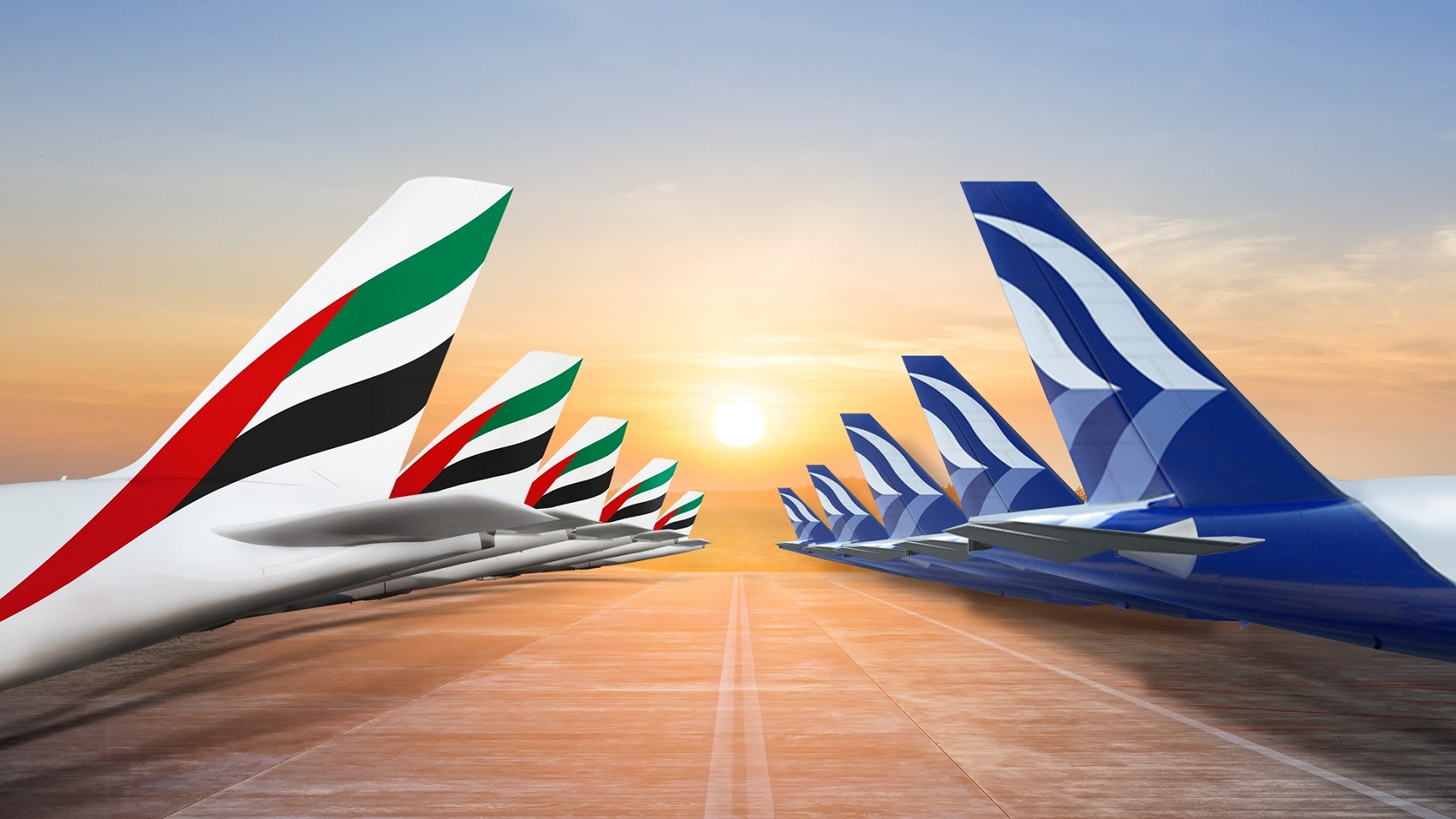 In a statement, Emirates said that the eight destinations are: Kirkaira, Chania, Heraklion, Mykonos, Thira, Rhodes, Thessaloniki and Alexandroupolos.

According to the statement, under the agreement, Aegean will place its code on Emirates flights between Dubai and Athens, providing its customers with smooth flights to and through various Emirates Airlines destinations to and through Dubai.

Flights can be booked at (emirates.com) and (aegeanair.com), with travel agents as well as online travel agents.

As of October 2022, the two carriers will expand their network covered by the codeshare agreement to cover eight other European regional destinations via Athens, including Bucharest (Romania), Belgrade (Serbia) and Naples (Italy), in addition to Emirates flights to New York Newark from Athens, and New York JFK from Milan.

It is noteworthy that Emirates Airlines currently serves Athens with 12 flights a week with Boeing 777 aircraft.

Emirates Airlines provides its customers with extensive global connectivity across six continents, thanks to codeshare agreements with 26 air carriers, two railway partners, as well as 110 Interline partners around the world.

The Aegean network covers 138 destinations in 44 countries (29 domestic destinations within Greece and 109 international destinations), and the airline operates a fleet of 64 aircraft, including the new Airbus A320 and A321 neo models.