Eight people were injured, some seriously, in an armed attack on a bus early Sunday (August 14) in central Jerusalem, Israeli police and rescue workers said. 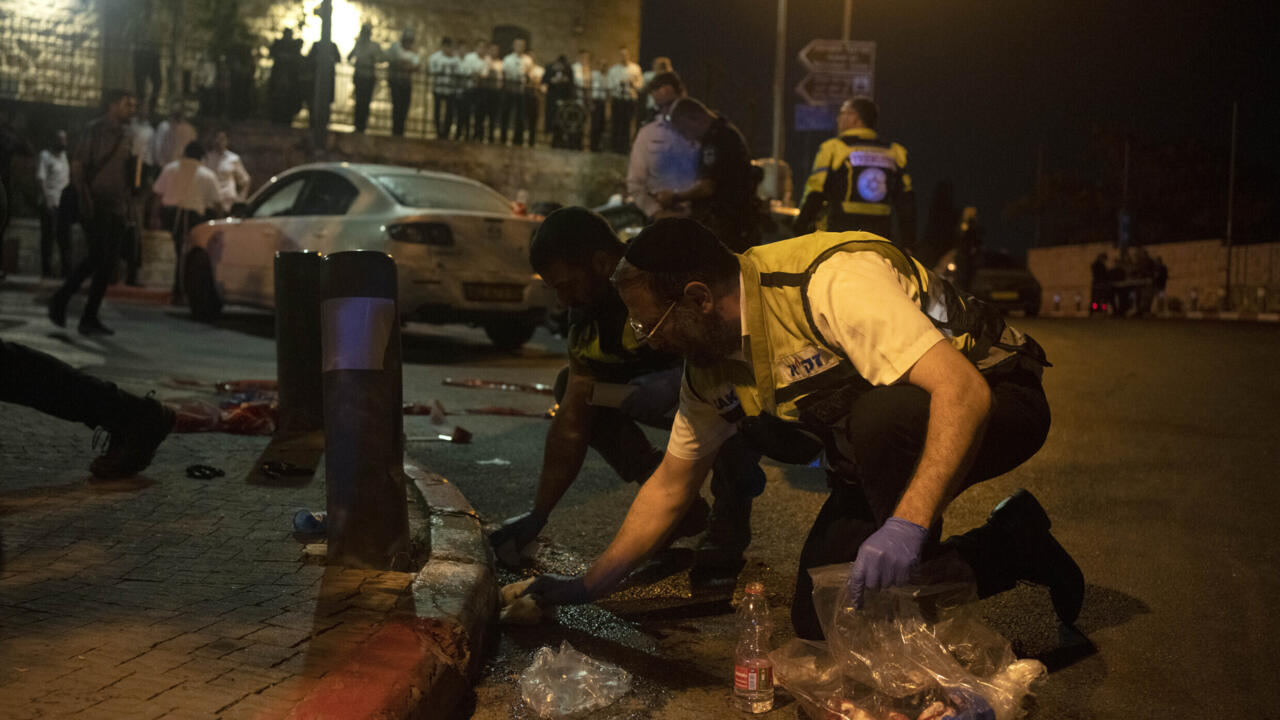 At the scene of an attack that injured several Israelis near the Old City of Jerusalem, early Sunday, August 14, 2022. AP - Maya Alleruzzo

Eight people were injured, some seriously, in an armed attack on a bus early Sunday (August 14) in central Jerusalem, Israeli police and rescue workers said.

Police have been notified of a shooting at a bus near David's Tomb...the police have cordoned off the area and are looking for a suspect who fled

An AFP journalist noted a strong police deployment in front of this site, located near the Wailing Wall, in the Old City of Jerusalem.

The Magen David Adom, Israel's equivalent of the Red Cross, said it intervened after receiving reports of shootings at a bus in Jerusalem.

We arrived quickly on the scene.

On Ma'ale Hashalom Street (...) passers-by stopped us to treat two men aged around 30 who were injured on the bus.

They were conscious and walked with upper body injuries

,” said two MDA rescue workers in a testimony relayed by this organization.

I was coming back from the Wailing Wall.

The bus was full of passengers.

I stopped at the David's Tomb bus stop.

At that time, the shooting started

,” testified bus driver Daniel Kanievsky to a small group of journalists on the spot, including AFP.

I saw two people on the bus bleeding.

,” he added, standing in front of his bullet-riddled bus at the foot of Jerusalem’s Old City.

By spring, 19 people, mostly Israeli civilians inside Israel, had been killed, mostly in attacks by Palestinians.

In the process, the Israeli authorities had multiplied operations in the occupied West Bank.

More than 50 Palestinians had been killed, including combatants and civilians, in operations and incidents in the West Bank.

Last week, the Israeli army carried out a "

" against the Islamic Jihad, an armed Islamist movement, in the Gaza Strip, which responded with salvoes of rockets against Israel.

At least 49 Palestinians, including Islamic Jihad fighters but also children, died in this weekend of military escalation which ended last Sunday with a truce favored by the mediation of Egypt.