Iraq: supporters of the Coordination Framework in their turn in sit-in in Baghdad

In Iraq, the capital Baghdad no longer has one but now two sit-ins. Since the end of July, supporters of the Shiite leader Moqtada al-Sadr have been installed in the green zone, to demand elections... 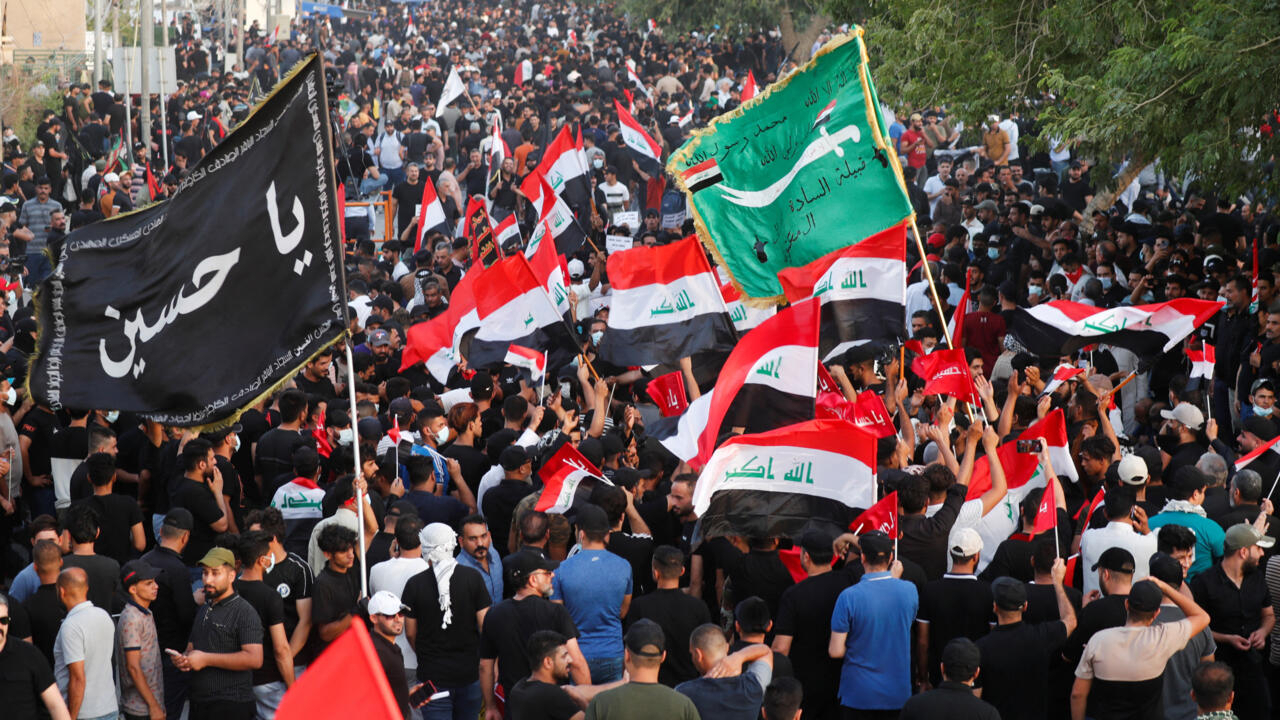 Iraq: supporters of the Coordination Framework in their turn in sit-in in Baghdad

In Iraq, the capital Baghdad no longer has one but now two sit-ins.

Since the end of July, supporters of Shiite leader Moqtada al-Sadr have settled in the green zone, to demand early elections.

This Friday, a second sit-in began not far from there, on the other side of the Tigris: supporters of former Prime Minister Nouri al-Maliki, gathered in a pro-Iran Shiite coalition, are opposed to the idea of ​​early elections.

A new stage in the political showdown that is tearing the country apart.

Under Iraqi flags on Friday afternoon, thousands of supporters of the Coordination Framework, a coalition that brings together Shiite factions favorable to Iran but also to former Prime Minister Nouri al-Maliki demonstrated near the green zone .

At sunset, they set up tents to spend the night there.

And they will stay as long as it takes, they say, to achieve the formation of a government.

Because nearly ten months after the last legislative elections, the president and the prime minister have still not been replaced.

Moqtada al-Sadr's camp came out on top in the ballot but did not obtain a sufficient majority to designate the head of government.

And refuses to allow the position to go to a member of the Coordination Framework coalition.

The Shiite leader therefore calls for the dissolution of Parliament by next Friday.

Supporters of the two rival camps demonstrated today in several cities across the country.

Near the brand new sit-in set up in Baghdad by the Coordination Framework, some demonstrators say they are ready to stay there for several months if necessary.