Assassination attempt on Salman Rushdie: 'It's a nightmare coming true'

Salman Rushdie was stabbed on Friday August 12 in the United States. The author of the Satanic Verses, target for more than thirty years of a fatwa from Iran, was placed on a ventilator. Christian Salmon… 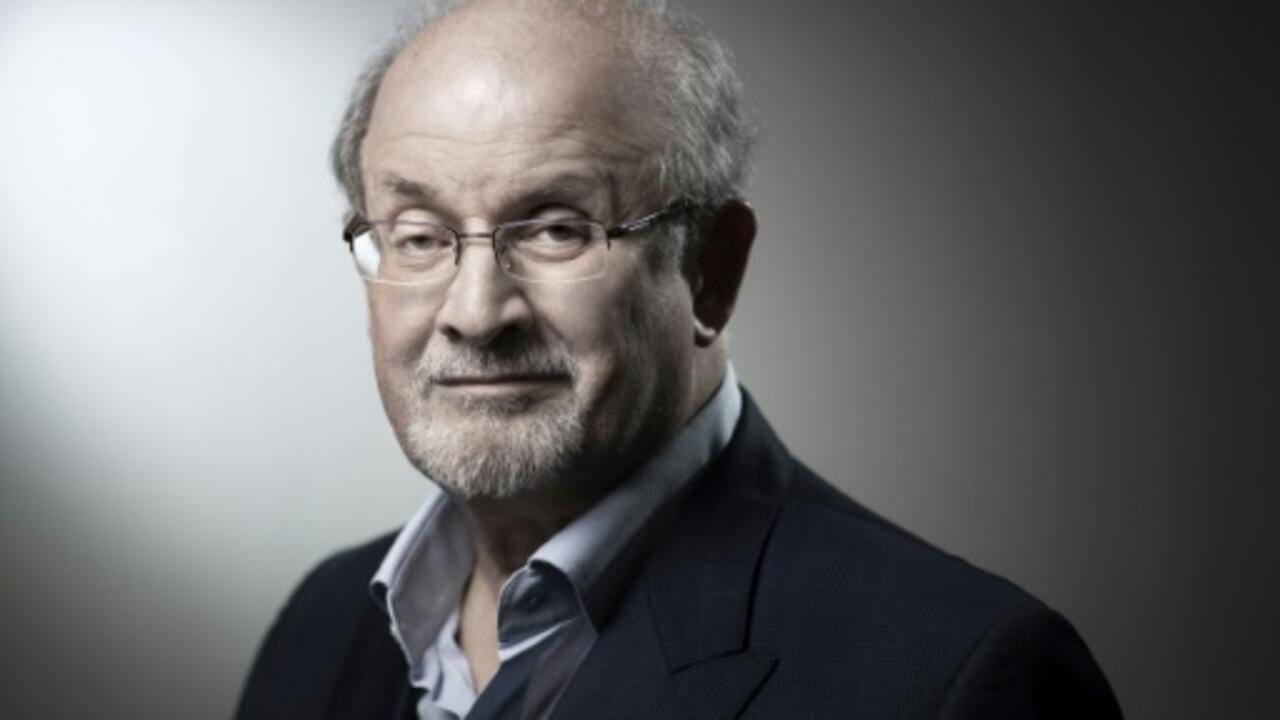 Assassination attempt on Salman Rushdie: 'It's a nightmare coming true'

Salman Rushdie (here in 2018) was stabbed in the United States on Friday.

The author of The Satanic Verses, the target for more than 30 years of a fatwa from Iran, has been placed on a ventilator.

Salman Rushdie was stabbed on Friday August 12 in the United States.

The author of The

, the target for more than thirty years of a fatwa from Iran, has been placed on a ventilator.

Together in 1993, they created the Parliament of Writers, an international organization for the defense of writers today dissolved.

He testified for RFI a few hours after the tragedy.

RFI: Do you know more about Salman Rushdie's state of health?

We do not know more than what his agent Wylie communicated, that is to say that he risks losing an eye, he is on respiratory assistance, his liver is affected, so he is seriously injured.

I understand - from what I read - that his survival is not threatened, it's huge.

This attack, this stabbing, reminded me of a scene we experienced together with Salman, we were side by side in the Strasbourg opera for a big meeting of the Parliament of Writers, the GIGN had invaded the opera, was everywhere for his protection.

And we had broadcast a message from Naguib Mahfouz who was himself in the hospital at that time, after an attack in the street with a knife where he had been hit in the throat (in 1994 Editor's note), exactly like Salman Rushdie .

I remember that voice he sent over the tape,

that we had broadcast, that hoarse, wounded voice, torn by the knife, it had plunged the whole audience, and all of us on the podium, into a stupefaction.

Because basically, it's not just an attack on a private person, it's the writer's voice that is attacked, that is threatened, that is torn.

How did you react when you heard the news?

I was and still am, after a night of thinking about it, in shock, because you know, it's a nightmare coming true.

The Parliament of Writers, created in 1993 and which existed until 2005, was an institution which brought together 300 of the greatest writers from the five continents, with a very concrete purpose, which was not only to organize debates, to write articles, but to create cities of refuge for all the writers who were threatened in the world, on the model of the fatwa against Rushdie.

It's something to remember at this time, Salman Rushdie wanted to turn this attack that was made against him into a resistance for all the other writers who were perhaps less known than him, and who were either locked up in jails in Iran, or threatened in the street like Tahar Djaout in Algeria, who was himself assassinated, through this network of cities of refuge which has welcomed a hundred writers over all these years.

Writers who were threatened in their country, who were offered an apartment, a residence, a scholarship, and then writing and publishing facilities.

What is striking, moreover, is that... yesterday...

Could we have expected this attack at this precise moment?

To speak quite sincerely, I felt anger for the following reason: not so long ago there was

These stabbings carried out by individuals are on the increase, and so it was quite predictable.

I myself spoke about it with Salman Rushdie at the time;

He defended the idea that the main threat, the most dangerous threat, and he was right, was the threat coming from a state and its secret services, in this case from Iran.

At the beginning of the declaration of the fatwa against Rushdie, from the moment Iran withdrew its fatwa, it was never very clear, there were back and forths, it was said that it was over, then we resumed, we relaunched the fatwa by increasing the ransom, if I may say so, and so Salman Rushdie said to me: "

once this state fatwa is lifted, I will be threatened like any singing star

He said Madonna at the time, and I thought that was a bit dangerous.

There he is attacked, he does not even have a bodyguard.

What public figure today, in political life, in cultural life, does not have at least one bodyguard with him?

Attack against Salman Rushdie: in Iran, the media evoke an "apostate writer"

Especially since he was supposed to be under police protection.

Wasn't he protected enough in your opinion?

In New York he lived like any other individual, he went out into the streets, he went to the movies.

And he was very keen on it, because for him, the message... is not to be terrorized by terrorists and to continue to live.

Salman Rushdie is a man, contrary to the caricatures that have been circulated around the world against him, extremely funny.

I remember one day, we were in an elevator in the European Parliament, where he was visiting the deputies.

The elevator had an incident and got stuck.

watch out now I can threaten you

it's not you who scare me, it's them

He is someone who loves a lot, who has a lot of humor, vitality, and for him to live locked up, surrounded by bodyguards was really the most threatening thing, that is to say the something that threatens the joy of living, having one's own life.