[The Specialist] "Let's go to the Moon with a SpaceX rocket" Reason for money?

Korea's first lunar probe, Danuri, has set off for space. It was this rocket that caught our attention with Danuri on that day. A rocket that can be reused like an airplane has been commercialized, boasting a launch success rate of 99%. 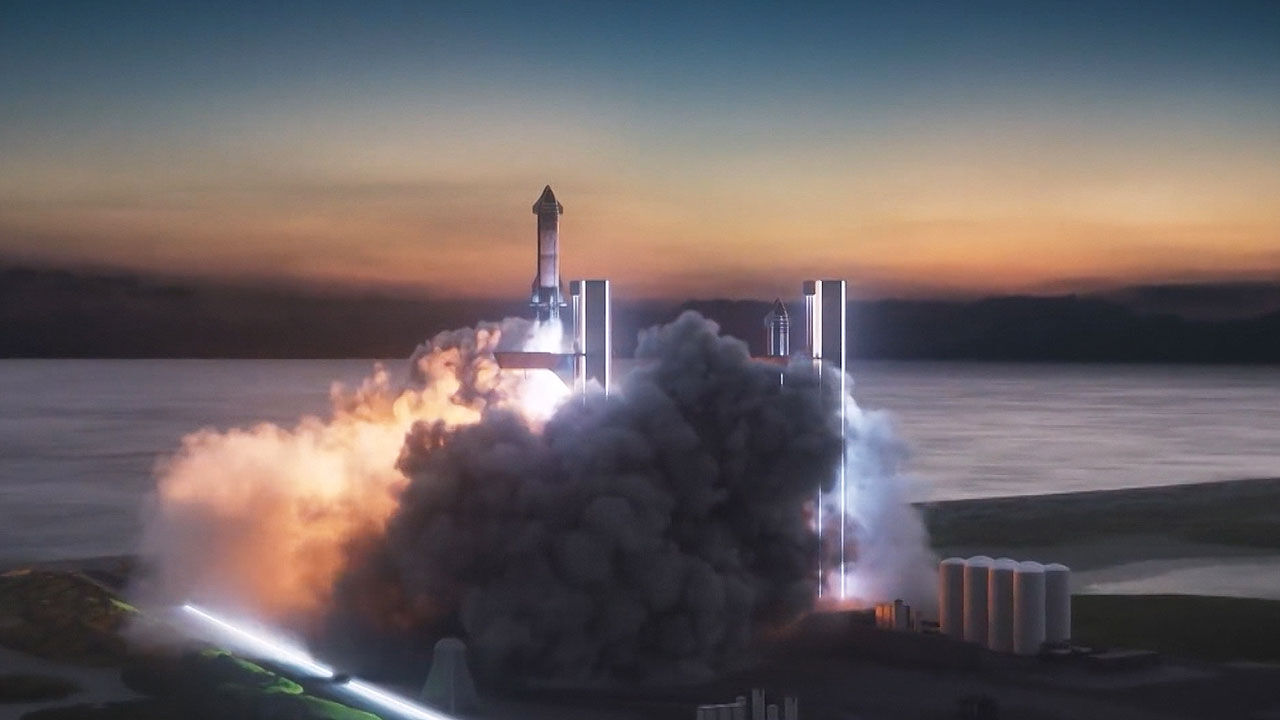 Korea's first lunar probe, Danuri, has set off for space.

It was this rocket that caught our attention with Danuri on that day.

A rocket that can be reused like an airplane has been commercialized, boasting a launch success rate of 99%.

This technology has been applied to very large rockets, bringing about a major change in the rocket market.

The United States is working on Project Artemis, a plan to send people to the moon once again.

Danuri is also part of the project, which is responsible for exploring potential landing sites on the moon.

A lot of equipment was loaded, including a shadow cam, because we had to explore different parts of the moon.

At the end of this month, the US will launch the Space Launch Sysytem (SLS) rocket, the flagship rocket of the Artemis project.

The US plans to use the rocket to send people to the moon once again in 2024, but public opinion about the rocket is not entirely favorable.

The reason is that it cannot be reused and is very expensive.

It is estimated that it will cost a whopping 2.6 trillion won in our money just for one shot. It is said that it will make it really safe and carry out the mission without failure, but the cost is not high.

The reason the Space Shuttle retired in 2011 was due to the astronomical cost, but again, money was holding back.

In addition, SpaceX has released a new rocket Starship, which is a new type of super-large projectile with a length of 120m, 2.5 times that of the Nuri, and it is completely reusable.

The first stage is being developed to be completely reused as when shooting a Danuri with a super-large booster.

Stage 2 really looks like a spaceship you see in a movie.

Let's take a look at the re-landing scene.

The rocket cover fairing is not for one-time use like other rockets, but opens and closes the lid, so it can be used continuously.

Above all, it is said that this rocket can be launched for 10 million dollars or 130 billion Korean won. The biggest performance evaluation method of a rocket is to compare the unit price of sending 1 kg to the moon. Ramen, Starship, is about a tenth of 2.6 million won.

As a result, there is a saying that it would be better to go to the moon with a SpaceX rocket.

The third launch of Artemis, which actually sends people to the moon, is a joint mission between Starships and the SLS.

That's not to say SpaceX is better than NASA though.

NASA has experience in space exploration that money can't buy, and NASA's initial investment in the development of starships was also there.

However, it is noteworthy that the SpaceX rocket, which jumped in as a latecomer, developed a more efficient rocket than the NASA rocket.

In 2031, Korea also plans to make a new rocket and send a lander to the moon with 100% our technology.

A bold decision is required, whether to develop our rocket simply to secure technology or to design a big future dreaming of a rocket that will turn the world upside down.