A depositor who demanded to withdraw his blocked savings took customers and employees of a bank in the Lebanese capital hostage, threatening to set fire to the premises. 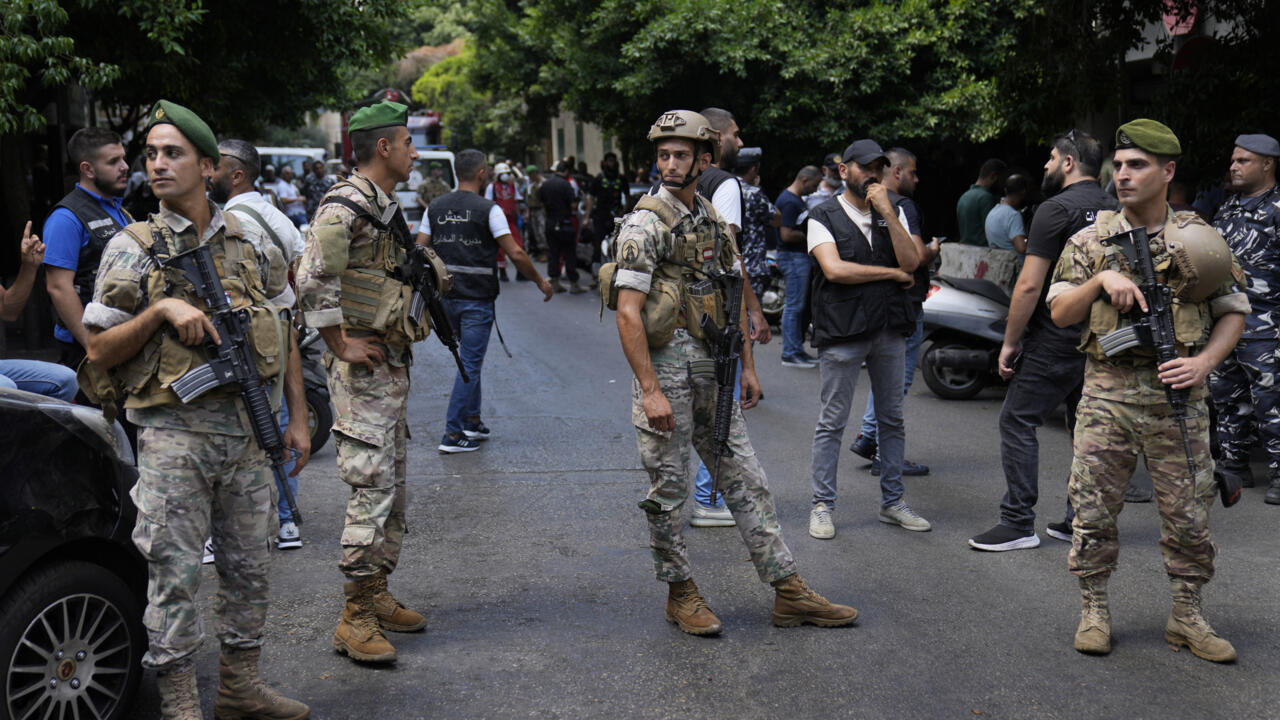 Lebanese soldiers in front of the bank where the hostage taking took place in Beirut on Thursday, August 11.

A depositor who demanded to withdraw his blocked savings took customers and employees of a bank in the Lebanese capital hostage, threatening to set fire to the premises.

The incident kept the country in suspense all day.

It finally ended with no injuries.

But the act of Bassam Cheikh Hussein illustrates the great despair in which the Lebanese people find themselves.

and on transfers abroad are increasingly weighing on hundreds of thousands of families.

Crippled with debts and unable to care for his sick father and son, while his bank account is well supplied, the young man has chosen to take justice into his own hands.

He entered his bank in Beirut, armed with a can of gasoline, grabbed a gun and then threatened to set fire to the premises if his savings were not returned to him.

As soon as the news broke, members of the depositors' and passers-by's rights committees gathered outside the bank on the famous Hamra Street to express their support for the hostage taker.

The army and the police were deployed on the scene, but favored negotiations over the assault.

After long talks, the bank agreed to give him 15% of his savings in cash.

Bassam Sheikh Hussein freed the customers and employees before turning himself in to the police who questioned him.

To read also: Faced with the worst economic crisis in 150 years, the Lebanese are seeking to leave their country