Germany announces a plan to reduce taxes and aid against inflation for 10,000 million euros

The German Minister of Economy, the liberal Christian Lindner, has announced a plan of 10,000 million euros to mitigate the generalized effect of inflation that, for... 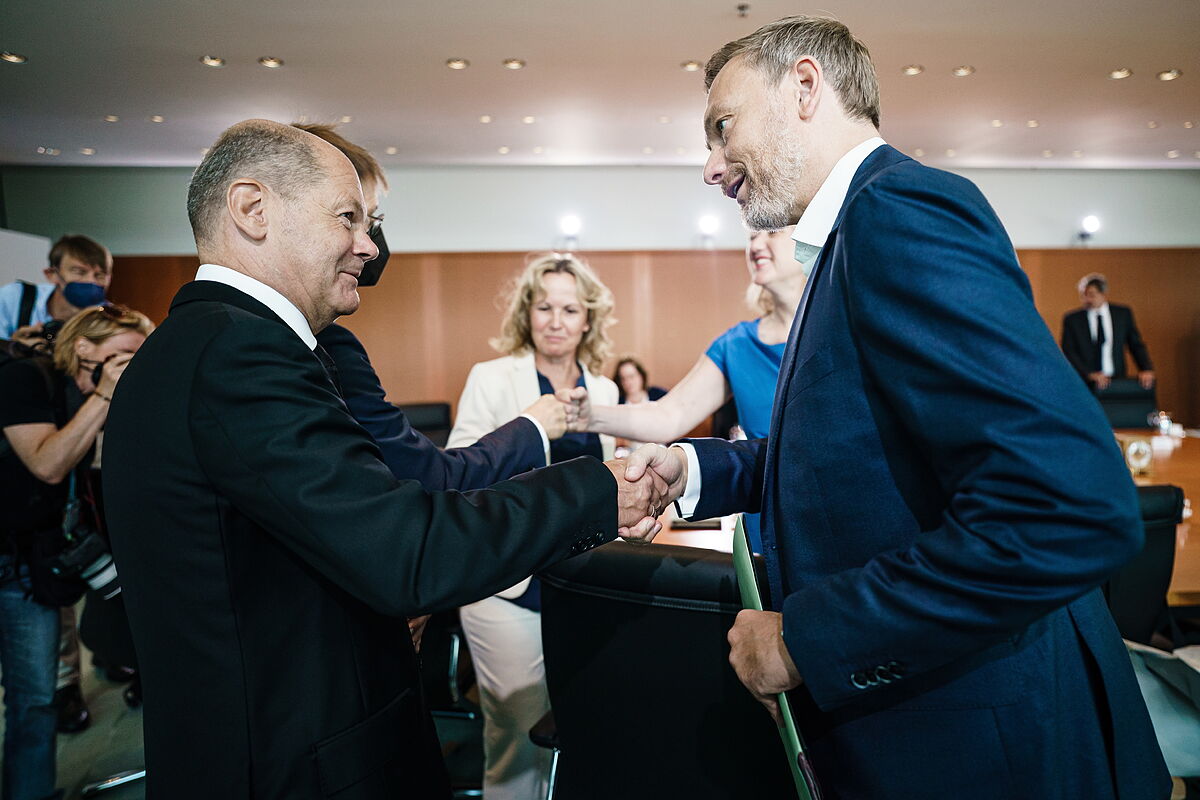 The German Minister of Economy, the liberal

, has announced a plan of

to alleviate the generalized effect of inflation that, for different reasons, does not convince either his government partners or the taxpayers' associations.

However, the measures would take effect next year.

"Pensioners, employees subject to social security contributions, the self-employed: people from the entire spectrum of society will benefit," the minister stressed when announcing a plan that must still be negotiated with the majority partners of the formation of the Government, the Social Democratic Party (SPD) and the Greens.

Bipartisan reaction to Lindner's proposal has been skeptical.

Lindner, the minister with the least profile in the coalition and the one who is most obliged to make a profile after the electoral debacles suffered by his party in the recent regional elections, intends first of all to adjust the income tax scale.

For example, the maximum tax rate of 42% will only apply to taxable income of 61,972 euros in the next year and 63,515 euros in 2024. The limit of the tax rate for the rich, 45%, would not be touched because the minister does not consider an additional deduction necessary in this income bracket.

, but in absolute figures the situation is different.

Thus, a citizen with a taxable income of 20,000 euros will pay 115 euros less in taxes next year.

With income of 60,000 euros, the deduction will already amount to 471 euros, according to data from the Ministry of Finance.

Even higher rents are capped at 479 euros.

In addition to a tax rate adjustment, Lidner intends to increase child benefits and child allowance.

Child benefits will be increased in two stages and will also be unified.

Next year, the first, second and third children will receive 227 euros per month each, compared to the current 219.

The inflation rate in Germany has increased considerably, mainly due to the rise in energy prices.

In July, it remained

"Daily life has become much more expensive and the economic outlook more fragile. We must act," says the minister.

Its objective is to stop the so-called cold progression or "secret tax increase", when inflation decreases purchasing power with equally high taxes and wage increases are directly devoured by higher prices.

"The idea of ​​tax law is that strong shoulders bear more than narrow ones," Lindner said.

"But due to the inflation trend, people whose shoulders have not broadened at all are nonetheless pushed up the tax scale and burdened."

Therefore, the reform is urgent if the state does not want to secretly increase taxes for many."

The Greens and the SPD consider the proposal to be socially unbalanced.

, deputy leader of the Green Party, "the highest incomes will benefit three times more than people with low incomes and that is something that his party cannot support."

He further believes that "complete dismantling of so-called cold progression would be" extremely costly and anything but selective in the current phase of high inflation.

For his part, the financial policy spokesman for the Left Party in the Bundestag, Christian Görke, called Lindner's fiscal plan a "joke".

, since they barely pay income taxes.

"So a reduction only helps them minimally. In absolute terms, the biggest gainers stand to benefit the most from Lindner's proposal."

In order for small and medium-sized incomes to be sufficiently relieved, the basic tax-free amount would have to rise to 12,800 euros.

the highest earners and the rich benefit

, although they have much less trouble coping with the current price hike," criticized Körzell.

In the view of the DGB, the elimination of cold progression alone is not the key to greater tax justice, as Körzell underlined.

"We need a tax reduction for the broad masses. Only that will improve the situation of households and not drown the municipalities, already over-indebted, and which are the ones that must bear 15% of the costs. There will be no money to invest in education, infrastructure and climate protection," said Körzell.

"This is not a real relief package, but only partial compensation for the very high burden," said President Reiner Holznagel.

In addition, there is not only a political will behind it, but above all a legal obligation.

After all, tax breaks for children and adults in income tax would have to be adjusted by law to increase prices.