“The dollar has ceased to be a reliable reserve currency”: the Kremlin explained the transition to rubles in settlements for gas with Turkey

Russia and Turkey do not pursue the goal of bringing down the dollar, but Washington itself is forcing other countries to abandon the use of the American currency. So the press secretary of the President of the Russian Federation Dmitry Peskov explained the transition of Moscow and Ankara to pay for gas in rubles. According to experts, the new payment scheme will operate on the same principle as in the case of European countries. Analysts do not rule out that by the end of 2022, Turkey will pay for about 80-90% of the supply of Russian raw materials in rubles. Moreover, within two to three years, both countries can completely de-dollarize mutual trade and significantly reduce the use of the euro, experts say. This policy is designed to protect financial transactions from sanctions risks. How Russian-Turkish trade can increase under these conditions - in the material RT. 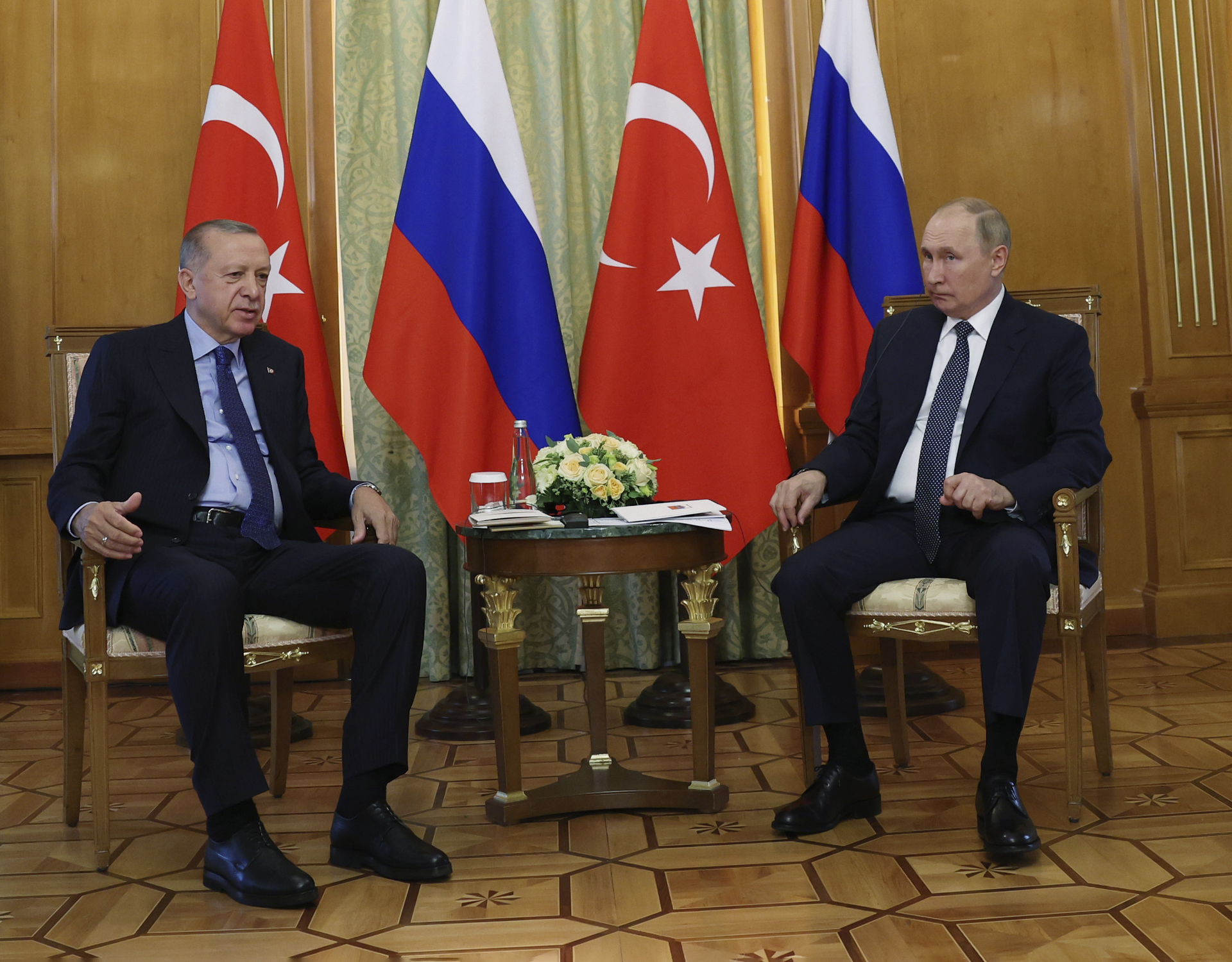 The increase in the share of settlements in national currencies between Russia and Turkey does not aim to bring down the dollar.

This was announced on Monday, August 8, by the press secretary of the President Dmitry Peskov.

According to him, the United States itself is undermining confidence in the American currency by its actions, as a result of which more and more states are striving for de-dollarization.

“The dollar has ceased to be a reliable reserve currency, and these fears are now shared by a very large number of countries ... Many countries are looking for opportunities to reduce the share of the dollar in their trade turnover and increase the share of settlements in national currencies.

The same process is taking place in our relations with the Republic of Turkey,” Peskov stressed.

This is how the Kremlin representative explained the decision of Moscow and Ankara to switch to partial payment for gas in rubles.

Relevant agreements were reached on August 5 at a meeting between Russian President Vladimir Putin and Turkish President Recep Tayyip Erdogan.

“At the first stage, part of the deliveries will be paid in Russian rubles, this is really a new stage, new opportunities, including for the development of our monetary and financial relations,” Russian Deputy Prime Minister Alexander Novak said after the talks.

As the deputy chairman of the Cabinet noted, Russia annually supplies Turkey with 26 billion cubic meters.

Under these conditions, Moscow will be able to receive a significant amount of ruble revenue from the sale of its raw materials, according to experts interviewed by RT.

At the same time, analysts do not exclude that Ankara will pay for fuel in rubles, by analogy with the states of Europe.

“Moscow could buy Turkish goods with Russian currency so that Ankara would have more rubles to pay for gas.

However, Turkey has a large trade deficit with Russia, and the resulting rubles may simply not be enough to pay for raw materials.

Therefore, the same scheme will probably apply as for European fuel buyers who have switched to paying in rubles, ”Mark Goykhman, chief analyst at TeleTrade Group, told RT.

Recall that from April 1, 2022, a new gas payment mechanism was launched in Russia on behalf of Vladimir Putin.

To complete the transaction, European countries must open two special accounts with Gazprombank: currency and ruble.

First, the money must be transferred to a foreign currency account, then the bank on the Moscow Exchange will exchange these funds for rubles and credit them to the ruble account.

“Most likely, already this year Russia will export almost 80-90% of all gas supplies to Turkey for rubles.

The share of deliveries for lira, respectively, may be 10-20%, ”said Natalia Milchakova, a leading analyst at Freedom Finance Global, in an interview with RT.

It should be noted that over the past few months, gas supplies from Russia directly to Europe have significantly decreased.

Thus, the pumping of raw materials through Nord Stream dropped to a minimum due to technical reasons related to sanctions, exports via the Yamal-Europe pipeline stopped due to restrictions from Poland, and Ukraine halved the transit of Russian fuel through its territory.

Thus, among the EU-oriented highways, only Turkish Stream is operating at full capacity today.

“Supplies of energy resources, and even more so pipeline gas, which comes from Russia to Turkey via the Turkish Stream and Blue Stream gas pipelines, are carried out under long-term contracts.

So Russia will really be able to receive more rubles from the sale of energy resources, which will guarantee Gazprom the timely receipt of sales proceeds,” Milchakova added.

According to Erdogan, trade in rubles will become a serious source of income for Moscow and Ankara.

At the same time, the Turkish President also noted certain successes in the use of Russian MIR cards.

five of our banks accept it (MIR card. -

There are very serious advances in this matter, which will ultimately improve the conditions of stay for tourists coming from Russia.

They will be able to make purchases, pay for hotels, ”TASS quoted Erdogan as saying.

Moscow and Ankara agreed to switch to settlements in national currencies and use MIR cards back in October 2019.

However, in a few years, the corresponding values ​​can seriously change, the analyst believes.

“Most likely, no later than in two or three years, Russia and Turkey may completely abandon the dollar, as well as significantly reduce the share of other currencies, including the euro, settlements in which also bear sanctions risks.

It is possible that in the future Turkey will join the BRICS group and settlements under trade contracts can be carried out in other currencies of the association, for example, in yuan, ”the specialist explained.

Experts also predict a general increase in Russian-Turkish trade in the next few years.

According to the Federal Customs Service, in 2021, the volume of trade between the two states increased by 58.5%, to $33 billion. Moscow delivered goods to Ankara for about $26.5 billion and purchased Turkish products for $6.5 billion.

“More than half of our exports to Turkey were energy products (51%).

The share of metals and products from them is also high - 23%, food and agricultural raw materials - 17%, chemical industry products - 5%.

As Turkish Ambassador to Russia Mehmet Samsar noted earlier, by the end of 2022, mutual trade between the two countries could increase to $50 billion. In turn, the head of the Russian-Turkish Business Council Naki Karaaslan predicts an increase to $60 billion In the future, they expect to reach the level of $100 billion a year.

“Russia can further increase the export of energy, fertilizers and food products.

From Turkey, purchases of machinery, equipment, components, food, partially replacing the supply of such goods from the EU, can be increased.

In addition, parallel imports of European goods through Turkey, stimulated by the Russian government, may become of great importance.

This can also significantly increase the turnover,” concluded Goykhman.