Moqtada al-Sadr, the man at the heart of the Iraqi crisis

Since the legislative elections of October 2021, Iraq has failed to get a new government. For a week, the Parliament, occupied for several days by supporters of Moqtada… 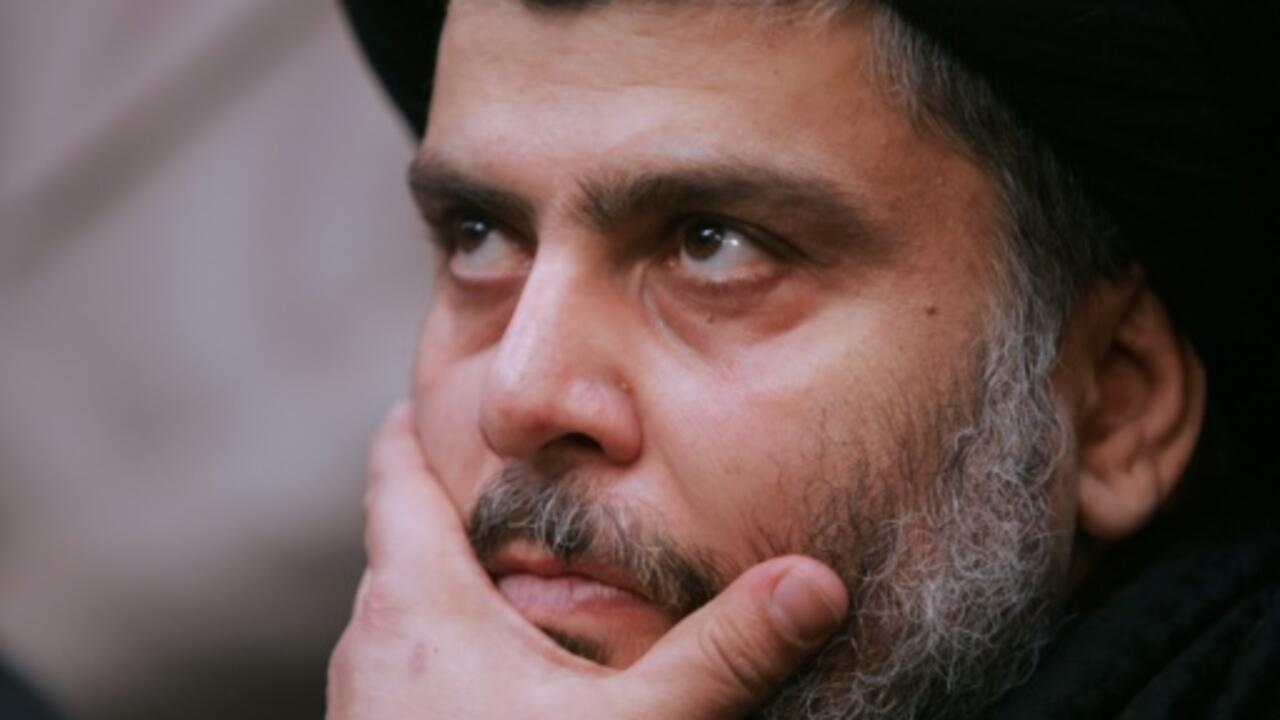 Moqtada al-Sadr, the man at the heart of the Iraqi crisis

Since the legislative elections of October 2021, Iraq has failed to get a new government.

For a week, the Parliament, occupied for several days by supporters of Moqtada Sadr, has been closed.

The Shiite religious leader is the key player in this crisis: it is he who is currently setting the political tempo.

The thermometer showed 46 degrees in the shade, but that is not likely to demobilize supporters of Moqtada al-Sadr.

Again this Friday, August 5, tens of thousands of Iraqis answered his call and took part in an open-air prayer, in a square in the green zone of Baghdad.

For the fourth time in three weeks, Moqtada al-Sadr pulled off a show of force.

Significantly, the Sadrists currently have no difficulty entering this supposedly ultra-secure area, where the national institutions and several embassies are located.

to block the appointment of a prime minister they opposed.

With these mass gatherings, Moqtada al-Sadr has demonstrated that he has a large reservoir of followers.

“The sadrist movement remains popular, because it has been able to capitalize on popular anger, social discontent.

It presents itself as a reformist movement,”

“It's also a very centralized movement based on a pool of seasoned activists who are very effective on the ground.

They are able to mobilize people very quickly”,

continues the researcher, for whom Moqtada al-Sadr is today the most popular politician in Iraq.

But his popularity does not give him the support of the majority of the population.

Iraq is a country divided on the confessional level and the Shiite electorate – that of Moqtada al-Sadr – is itself divided between several tendencies.

One side backs its adversaries from the Coordination Framework, a coalition of pro-Iran formations.

“If we count that all his voters will vote, he cannot obtain more than a million votes out of a population of voting age of 20 million people;

this represents 5% of the electorate

► Listen again to the International Guest:

Political crisis in Iraq: "In the spirit of Moqtada al-Sadr, it is a question of playing the street against the institutions"

In the legislative elections last October, Moqtada al-Sadr came out on top, with a bloc of 73 deputies.

But despite the support of Kurdish and Sunni formations, he was unable to form a majority.

Although popular, it remains a minority.

And failing to manage to govern, he retains a power of nuisance for his opponents, mobilizing his supporters easily.

But Moqtada al-Sadr needs to broaden his popular base.

“What Moqtada al-Sadr is trying to do is to appeal to all the other Iraqis,”

“To reach them, he says it's a battle against corruption.

And the timing of this chaos plays a role too.

We are in the period of the Achoura pilgrimage.

He wants to play on people's religious feelings, in the hope that they will join his protest movement,”

In the demonstration that followed the prayer on Friday, supporters of Moqtada al-Sadr chanted

“Yes to reforms, no to corruption”

Corruption plagues the state and weighs on the daily lives of Iraqis.

Moqtada al-Sadr presents himself as the standard bearer in the fight against this scourge.

It calls for revolution, demands a change of system and blames the situation in the country on other political parties.

The religious leader seeks to pose as an opponent, as outside the Iraqi state.

However, his movement is a party of government.

And he drags a balance sheet.

I think the average Iraqi, especially the middle-class Iraqi, remembers who Moqtada al-Sadr is, that his political party controls the Ministry of Health, which is a disastrous ministry, which he controlled the Ministry of Electricity,"

So Moqtada al-Sadr is associated with bad public services and I think it will not be easy for him to mobilize millions of people.

Through these mobilizations, Moqtada al-Sadr seeks to obtain a change in the political system.

Since the American invasion, Iraq has had a political system that worked by consensus.

a government of national unity in which all political parties participate and in which each has quotas”,

explains Hardy Mede, of the European Center for Sociology and Political Science.

“Sadr wants a majority government, that is to say with allies, which is based on a majority in Parliament, but without including all the political parties”

The formation of such a government would enable him to impose himself as the strong man of the country, particularly in the Shiite camp.

“I think Moqtada al-Sadr's ultimate goal is to become the leader of the Shiites in Iraq.

He no longer wants to share the spoils with anyone from the Shiite camp.

That's why he tries to marginalize the other Shiite parties, ”

judge Marsin Alshamary, of the Kennedy School at Harvard University.

Failed in parliament, Moqtada al-Sadr finally asked his elected officials to leave parliament and took the fight to the streets.

From now on, he demands the organization of new elections, which he could be on the point of obtaining from his rivals.

With an early ballot, he hopes to further increase his electoral weight and this time obtain a majority bloc with the support of his Kurdish and Sunni allies.

But if new elections are organized, abstention, already on the rise during the legislative elections last October, should rise further.

The question will therefore be to know in which camp the voters will be the most demobilized.

Moqtada al-Sadr seems to be betting on the fact that the weariness of the Iraqis will penalize his adversaries more than himself.

► Listen again to our report: Can Iraq be governed without the influential Shiite cleric Moqtada al-Sadr?