Gaza: a hundred rockets fired at Israel after the death of an Islamic Jihad leader 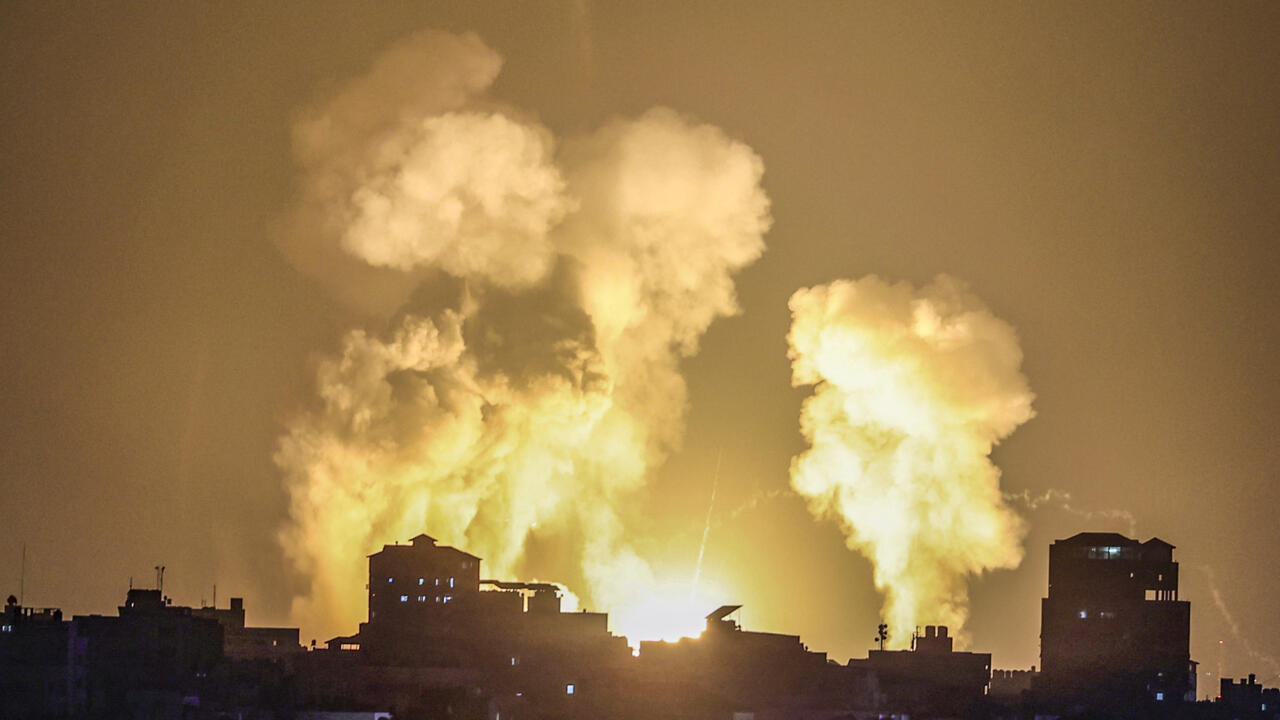 Gaza: a hundred rockets fired at Israel after the death of an Islamic Jihad leader

After several days of tension, the weapons were finally used this Friday, August 5.

In the afternoon, the Israeli army launched a series of strikes against a residential area in downtown Gaza.

Their target: the armed group Islamic Jihad, one of whose senior officials in the West Bank, Basaam al-Saadi, was arrested on Monday August 1.

Shortly after the bombardments, the Palestinian group announced the death of Taysir al-Jabari, one of the leaders of the organization.

The Israeli army estimates that it killed 15 Islamic Jihad fighters in its strikes.

For its part, the Ministry of Health in Gaza reports ten dead, "

including a five-year-old girl

" (information confirmed in a press release by UNICEF in the evening), and 75 injured.

Witnesses and Palestinian security sources told AFP they saw several strikes, including one in the center of Gaza City.

The group's response, which in turn accuses the Jewish state of wanting to "

" against the Palestinian people, is not long in coming: Islamic Jihad is responding.

Since the end of the afternoon, the Al-Quds brigades, the armed wing of Islamic Jihad, have launched "

more than a hundred rockets

A senior Islamic Jihad operative was killed in an Israeli airstrike on the Gaza Strip today, prompting the militant group to warn that Israel has 'started a war'.

A child was among those killed in the strikes, the enclave's health ministry said, while the Israeli military put the death toll at 15.

In Israel, warning sirens sounded in several southern localities as rockets were fired, but no casualties or damage were identified, the army reported on Friday evening.

This reports 70 projectiles fired from Gaza, eleven of which landed inside the Palestinian enclave under Israeli blockade, but there were also alerts in three suburbs south of Tel Aviv.

The remaining rockets were intercepted by the Israeli missile shield or fell in uninhabited areas in Israel, says our correspondent in Jerusalem,

This is the worst confrontation between the Jewish state and armed organizations in Gaza since the eleven-day war in May 2021, which left 260 dead on the Palestinian side, including combatants, and 14 dead in Israel, including a soldier, according to local authorities.

The enemy has started a war against our people and we must collectively defend ourselves and our people, we will not allow the policies of our enemy to undermine our resistance

", reacted the Islamic Jihad in a press release following the death of Taysir al-Jabari.

The precise counterterrorism operation against an immediate threat

” is not going to end in hours, Israeli military officials warn.

25,000 reservists were mobilized near the Gaza enclave, anti-rocket batteries were also deployed around Tel Aviv and near Jerusalem.

” strikes, as Israeli Prime Minister Yair Lapid calls them, continued into the evening, targeting in particular weapons manufacturing sites, according to the Israeli army.

Islamic Jihad is a proxy for Iran that wants to destroy the State of Israel and kill innocent Israelis.

(...) We will do whatever it takes to defend our people

A sign that the fighting could continue: the Israeli army has already given a name to its operation, "

, from the international service of RFI.

Islamic Jihad says the rocket fire was a "

which started this aggression

must expect us to fight relentlessly

It threatens to hit Tel Aviv and other Israeli cities.