Agthia: We have solutions that provide great flexibility in the face of high prices

Agthia Group Chairman, Khalifa Sultan Al Suwaidi, confirmed that the group has a set of solutions that allow it a great deal of flexibility in managing prices, including: hedging, pricing strategies, and cost management, pointing out that the group is always looking for the best ways to use the 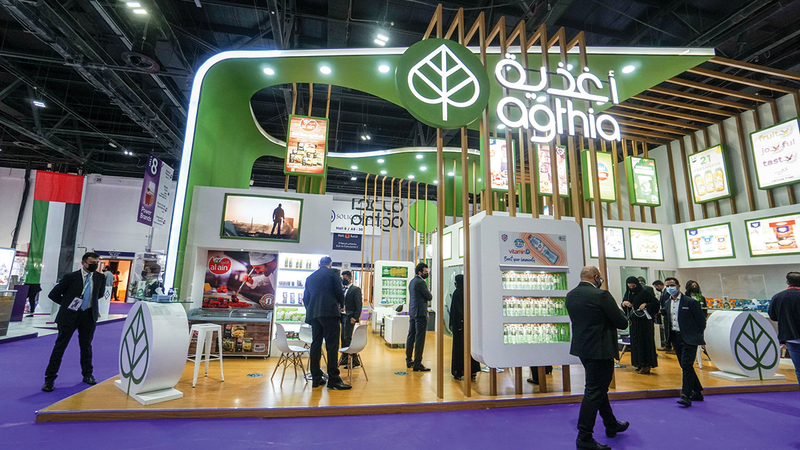 Agthia: We have solutions that provide great flexibility in the face of high prices

Agthia Group Chairman, Khalifa Sultan Al Suwaidi, confirmed that the group has a set of solutions that allow it a great deal of flexibility in managing prices, including: hedging, pricing strategies, and cost management, pointing out that the group is always looking for the best ways to use the tools available in the face of rising commodity prices, and taking proactive steps to protect profit margins.

Al-Suwaidi said in exclusive statements to "Emirates Today", in response to a question about whether the group is considering raising the prices of some of its products to counter inflation, that there are many factors affecting in this context, most of which are related to future prices of goods, which cannot be accurately predicted.

He added that the company's approach focuses on achieving the highest possible returns for shareholders, while protecting consumers at the same time, pointing out that the group has several ways to achieve this, including pricing strategies.

He stressed that supply chain considerations are not new to the group, which has been keen during the past two years to manage logistics operations with the utmost efficiency to meet the challenges of inflation caused by high cost, and has also responded to recent geopolitical challenges by expanding its coverage, to ensure that business is immunized against any fluctuations, noting that the priority The group is to ensure the provision of materials to continue production.

Al-Suwaidi pointed to the rise in the prices of some raw materials, which affected some areas of work, especially the departments of agricultural business, meat, snacks and water, revealing that the group is conducting continuous strategic discussions on the cost of production with major suppliers, with the aim of ensuring the continuity of supplies, and making the best evaluation to market prices.

Al-Suwaidi added: "Despite the continued rise in the prices of raw materials in general, we are witnessing an improvement in the prices of some of these materials, such as wheat, whose price decreased by 45% compared to its highest level last March," noting that the group is benefiting from the atmosphere of competition to obtain the best cost. .

He said that Agthia aims to achieve cost savings of more than 200 million dirhams over the next five years, at a time when it has so far succeeded in achieving 97 million dirhams from this goal, and has also strengthened this achievement by making tangible progress in its strategy to diversify business, through its implementation. The successful operations of mergers and acquisitions during 2021, and its continuous efforts so far in 2022 to achieve integration between the businesses of the companies acquired by the group, which contributed to reducing the group’s vulnerability towards the high prices of agricultural commodities.

He stressed that Agthia succeeded in achieving its goal of generating at least 70% of its revenues from the Consumer Business Division in the first half.

In response to a question about whether Agthia is considering any acquisitions during the current period, Al Suwaidi said that in light of the significant growth achieved by the group last year, its focus in the first half of 2022 was on consolidating and integrating its business.

He added, "We have already achieved strong growth in the businesses of the companies that we acquired, and we have conducted assessments of opportunities to make strategic investments, with the aim of increasing efficiency and achieving more growth." Auf » is specialized in the manufacture and sale of coffee products and healthy snacks in Egypt.

Al-Suwaidi revealed that the group will focus during the remainder of 2022 on integrating and enhancing the business of its subsidiaries, and this may include developing small capital expenditure plans to enhance efficiency levels.

Al-Suwaidi stressed that the group has the ability to finance additional acquisitions, but it will not do so unless the available investments are in line with the criteria of its merger and acquisition strategy.

First-half financial results Agthia announced, the day before yesterday, Thursday, the growth of its net revenues for the first half of 2022 to two billion dirhams, driven by exceptional growth in the first quarter, and efforts to unify the businesses of the acquired companies.