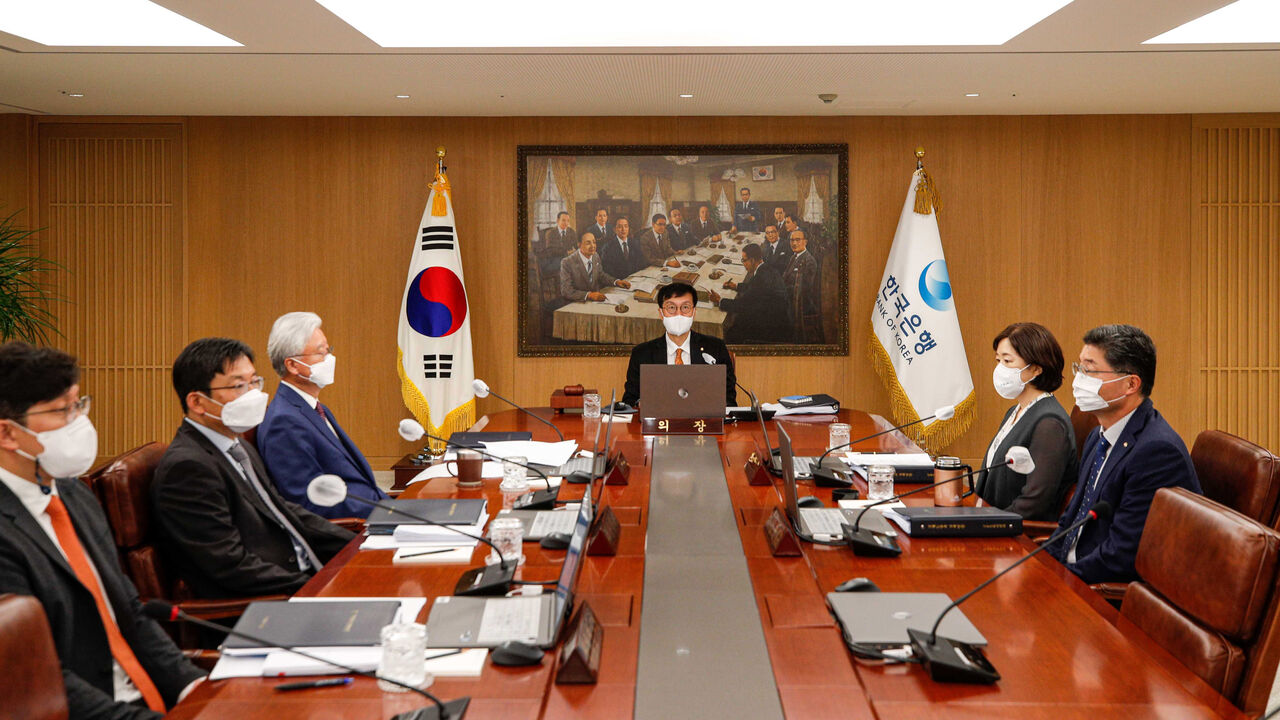 Accordingly, it is estimated that even if the loan interest rate rises only by the extent of the base rate hike, the interest burden on household borrowers will increase by nearly KRW 24 trillion.

Moreover, as expected, if the base interest rate rises by around 0.50 percentage points by the end of the year, the vulnerable class such as multi-debtors, 20/30 generations, and the self-employed, and the 'young-chul' who have aggressively purchased assets using leverage (borrowed investment) in the past two years (even to the soul) The burden of repaying the principal and interest of the 'debt-tuning' (investing with debt) family is expected to increase.

According to the Bank of Korea's 'Household Credit (Debt)' statistics, as of the end of March this year, household loans totaled 1752 trillion won.

According to the Bank of Korea's Economic Statistical System (ECOS), the proportion of variable interest rates among deposit banks' household loan balances as of May was 77.7%, the highest level in eight years and two months since March 2014 (78.6%).

Therefore, assuming that the proportion of variable interest rates in non-bank financial institutions is the same, assuming that the base rate of the BOK is raised by 0.25 percentage points and the loan interest rate rises only that much, arithmetic, the interest burden of household borrowers is KRW 3.446 trillion (1,000 KRW). 752.7 trillion won × 77.7% × 0.50%) will increase.

Moreover, if the loan interest rate suddenly jumps by 0.5 percentage points due to the effect of a big step like this one, the amount of interest increase doubles to 6.892 trillion won.

In August of last year, the Monetary Policy Committee raised the base rate by 0.25 percentage points for the first time in 15 months, which had been lowered to the record low level (0.50%). By increasing the percentage points again, the interest alone increased for about 10 months is estimated to be about 23,832.3 billion won (3.446 trillion won × 7).

Previously, the BOK said that if the base interest rate is raised by 0.25 percentage points and 0.5 percentage points, respectively, based on the household loan balance as of September last year, households' annual interest burden will increase by 3.2 trillion won and 6.4 trillion won, respectively, compared to the end of 2020. analyzed as doing it.

Based on these results, it is estimated that the increase in the interest burden per capita due to the 1.75 percentage point increase over the past 10 months is about 1,127 thousand won.

In a recent financial stability report, the BOK said, "In the process of normalizing accommodative financial conditions (including interest rate hikes) in the future, if internal and external conditions worsen, the repayment ability of vulnerable borrowers will decrease, focusing on the young and self-employed vulnerable borrowers who have significantly increased their loans. "There is a risk of increasing credit risk," he warned.

This is because the yield of 5-year bank bonds (AAA, no guarantee), which is mainly used as a fixed rate indicator for mortgage loans, soared 1.689 percentage points from 2.259% to 3.948% due to intense monetary tightening and inflation (inflation) in the US.

Moreover, the market expects that the MPC will raise the base rate by 0.25-0.50 percentage points to 2.50-2.75% at the remaining three meetings (August, October, and November) within the year.

Therefore, the upper end of commercial banks' lending rates, which have already exceeded the mid-6% range, is highly likely to exceed the 7% range at the end of this year and approach 8%.

This is the level of interest rates experienced by financial consumers for the first time in about 14 years since the financial crisis.

With loan interest rates rising so rapidly, it is expected that the annual repayment amount will surge by more than 30% at the end of this year, especially among borrowers who unreasonably bought assets through 'youngcheol' and 'debt investment' using ultra-low interest rates two years ago.

In the case of a credit loan, the loan term was extended every year and the loan was received in a lump-sum repayment method, where only monthly interest (interest rate linkage on 6-month financial bonds) was paid.

The interest rates applied to this borrower for the first six months were 2.69% for mortgages and 2.70% for credit loans.

However, two years later, on June 17 of this year, the interest rates on mortgages and credit loans rose to 3.61% and 4.41%, respectively.

If the base interest rate rises rapidly, the interest burden on households as well as companies including small business owners (self-employed) increases.

According to a recent analysis by the Korea Chamber of Commerce and Industry, if the BOK raises the base rate by 0.50 percentage points, the loan interest burden on companies will increase by about 3.9 trillion won.

In particular, it was estimated that the interest increase of SMEs would reach 2.8 trillion won.

The problem is that unlike household loans, which have slowed in growth this year, corporate loans have continued to grow rapidly until recently.

As of the end of June, the balance of corporate loans (including loans to small and medium-sized enterprises such as individual businesses) of the five major banks (KB, Shinhan, Hana, Woori, and NH Nonghyup) stood at 673.755 trillion won, 37.867 trillion won from the end of last year. It has increased by circles.

In this state of rapid increase in corporate loans, loan interest rates rise rapidly, and when financial support such as extension of maturity in September and deferment of interest is completed, marginal companies will appear one after another, raising concerns that loan insolvency may eventually become a risk to the soundness of the entire financial sector.

In its report on financial stability, the Bank of Korea was also concerned that "if financial support measures are terminated in the future, potential credit losses may materialize, increasing the bank's bad debt costs and lowering the equity capital ratio."

According to the analysis of the BOK, if the losses of corporate loans, which have been covered up by financial support, are properly exposed, it is estimated that the equity capital ratio of domestic banks will drop by up to 1.4 percentage points.