Semi-annual examination of the automobile industry: production and sales exceeded 12 million vehicles throughout the year and expected to return to the growth area

China News Service, July 11th: Semi-annual examination of the automobile industry: Both production and sales exceeded 12 million vehicles and are expected to return to the growth area throughout the year   Ge Cheng from China-Singapore Finance   In the recent period, the supply chain of my country's auto industry affected by the epidemic has fully recovered, and enterprises have accelerated pr 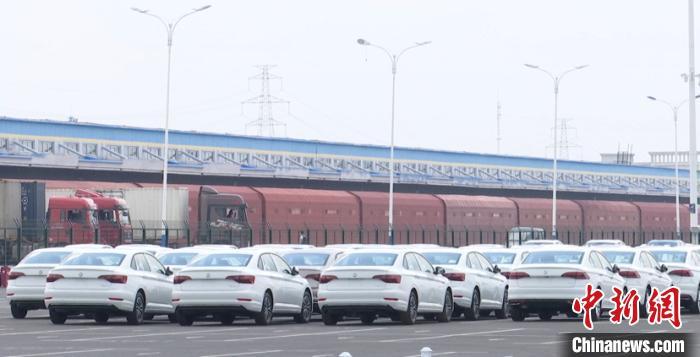 Semi-annual examination of the automobile industry: Both production and sales exceeded 12 million vehicles and are expected to return to the growth area throughout the year

In the recent period, the supply chain of my country's auto industry affected by the epidemic has fully recovered, and enterprises have accelerated production to make up for losses.

Under the superposition of the national purchase tax halving policy and the local government's policy to promote automobile consumption, the automobile industry quickly "recovered lost ground".

On July 11, the China Automobile Association announced the operation data of the automobile industry in June.

Data show that in

The vitality of the passenger car market is being fully released.

Driven by policies, the auto market in

is "not weak in the off-season"

"Automobile production and sales have obvious seasonal characteristics. The traditional production and sales peaks are concentrated in the fourth quarter, especially in September and October." Chen Shihua, deputy secretary-general of the China Automobile Association, told Zhongxin Finance that passenger cars in June The wholesale volume of the market performed well, and the production and sales that were delayed due to the impact of the epidemic in April and May were made up to a certain extent.

The terminal market has also improved significantly, showing a significant growth in general, showing the characteristics of "not weak in the off-season".

Among foreign brands, compared with the previous month, the sales growth rate of Korean, American and Japanese passenger cars all exceeded 50%, showing outstanding performance, and the German and French brands also showed double-digit rapid growth; Compared with the same period, the sales of Korean brands declined rapidly, and the sales of German, Japanese, Korean and French brands of passenger cars all showed rapid growth.

According to data from the China Automobile Association, in June, the production and sales of new energy vehicles were 590,000 and 596,000 respectively, an increase of 1.3 times year-on-year.

The production and sales of new energy vehicles reached a new high, with a market share of 23.8%, continuing to maintain a high-speed growth trend.

According to Xu Haidong, deputy chief engineer of the China Automobile Association

, policy planning, research and development of car companies, and industrial chain construction are several important reasons for the sustainable and stable development of new energy vehicles in China.

"Since 2008, the government has issued a large number of policy plans, and also provided subsidies, (this) supports the continuous updating of new energy vehicles throughout China." Xu Haidong told Zhongxin Finance that China's auto companies are in the policy. Under the guidance of continuous improvement of models and levels, the product competitiveness of the entire new energy vehicle has been improved very quickly, no matter in terms of appearance, configuration, or quality, etc., have been improved.

Xu Haidong also said that in the early use of new energy vehicles, car companies have also accumulated a lot of experience. At the same time, the entire new energy vehicle industry chain has been built, and the raw material supply chain can also be mass-produced.

On the other hand, today's consumers have begun to accept China's new energy vehicles, "

especially young people, who are willing to choose new energy vehicles because this product already meets some of his requirements

Among them, passenger cars sold a total of 10.355 million units in the first half of the year, a year-on-year increase of 3.4%, ending the downward trend.

Among the main types of passenger vehicles, compared with the same period of the previous year, the sales of basic passenger vehicles (sedans) and sport utility vehicles (SUVs) ended a decline and showed a slight increase, while the other two categories remained stable. decline.

Chen Shihua said, "The automobile industry is an important pillar industry of the national economy, with a long industrial chain and a strong driving effect, and it is an important focus for stabilizing economic growth. At the most severe moment of epidemic prevention and control in the first half of the year, the competent ministries and commissions took a series of smooth measures Effective measures in the supply chain of the automotive industry chain will minimize the impact of the epidemic on the industry chain."

The China Automobile Association predicts that

China's automobile sales are expected to reach 27 million in 2022, an increase of about 3% year-on-year