According to the report, more than 70% of the car owners interviewed reported that the smell of the new car is the most disgusting interior paint smell 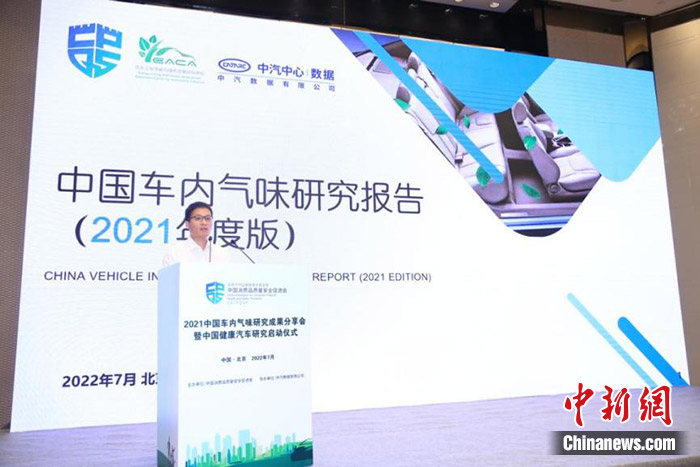 What kind of interiors disgust consumers the most?

At the meeting, Wang Lei, an external expert from the China Consumer Product Quality and Safety Promotion Association, released the "2021 China Car Smell Research Report" (hereinafter referred to as the "Report").

The "Report" conducts market research and analysis based on the data of more than 3,100 car owners' complaints on the third-party platform accepted by the Defective Product Recall Center of the State Administration for Market Regulation in 2021.

The survey results show that by the end of December 2021, the cumulative number of complaints about car odors in China reached 29,213, involving independent, joint venture and foreign brands, and

joint venture brands accounted for more than 80% of the complaints

The data shows that from the perspective of odor sources, the

complaining car owners believe that the top three sources of odor in the car are seats, air conditioners and instrument panels

, accounting for 52.0%, 37.5% and 27.1% respectively, of which the seat material is mainly artificial leather. And leather, more than three-quarters of the complaining car owners believe that the odor mainly comes from one or two parts in the car, indicating that the source of the odor is highly concentrated; and from the time and scene of the odor in the car,

71.5% of the complaining car owners It is reported that there is odor when purchasing a car

. Therefore, the new car should be the key object of odor control.

In addition, the survey results also show that car owners generally believe that the smell in the car has a greater impact on the health, mood and driving experience of drivers and passengers, accounting for 65.3%, 45.4% and 44.2% respectively, and more than half of the complaining car owners claimed to have "dizziness" , headache", "cough, throat discomfort" and "nausea, vomiting" and other symptoms.

In the whole year of 2021, the China Consumers Association has completed the odor data collection of 24 models, carried out the analysis of the odor substance indicators and comprehensive odor indicators of the overall models for the above models, and conducted an in-depth analysis of the specific performance of 14 typical models.

Under the two detection conditions,

It can be seen from the above analysis that some models still have a lot of room for improvement in terms of reducing the number of high-risk odor substances, reducing the objective intensity of odor, and improving the type of odor.

The China Consumers Association said that in the next step, it will cooperate with other institutions to select commercially available models that are highly concerned by consumers, collect the odor data of the models, so as to obtain comprehensive odor data in the automotive industry, and communicate the results of odor data analysis with relevant companies in a timely manner. For models whose odor needs to be improved, actively discuss the source of odor problems with them, and jointly carry out odor improvement and improvement work if necessary.