Afghanistan: Taliban find the car used by Mullah Omar to flee in 2001

The car used by Mullah Omar, the historic leader of the Taliban, to flee and escape American strikes after 9/11, has been found in eastern Afghanistan, 21 years later… 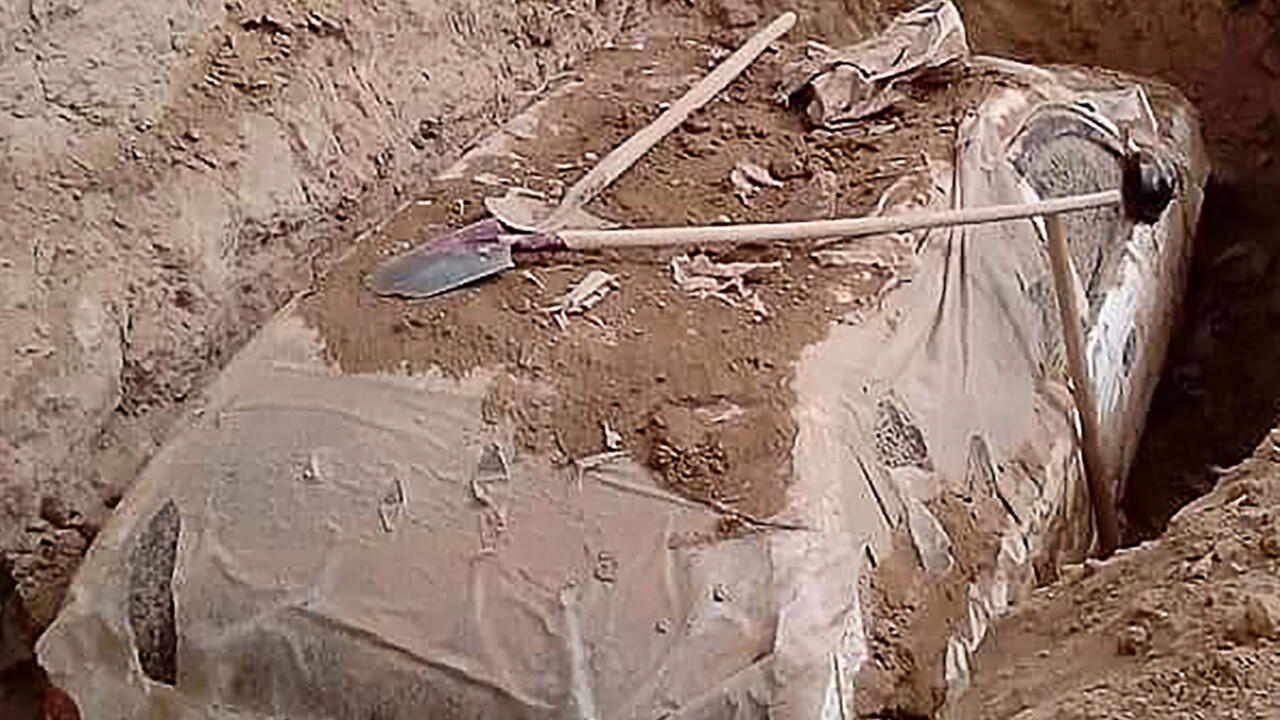 Afghanistan: Taliban find the car used by Mullah Omar to flee in 2001

This undated photo released by Taliban media officials on July 7, 2022 shows the Toyota Corolla, used by Taliban founder Mullah Omar to evade being targeted by US forces after 9/11.

The car used by Mullah Omar, the historical leader of the Taliban, to flee and escape American strikes after 9/11, has been found in eastern Afghanistan, 21 years after having been buried there voluntarily.

Taliban officials intend to hand over the vehicle to the National Museum in Kabul.

At first glance, the images broadcast by the

make you think of an archaeological dig, but you quickly realize that the large hole unearthed by hand with shovels and pickaxes actually houses a car, covered with a plastic sheet for the protect from degradation.

The location, a garden in a village in the province of Zabul, was kept secret for twenty-one years.

The white Toyota Corolla found had been used by

, co-founder of the jihadist group, to flee Kandahar and escape the Americans and their allies who, following the attacks of September 11, had launched a vast military operation to chase the Islamists from the power.

is still in good condition, only the front is a little damaged

, jewels of pre-Islamic heritage, today wants to exhibit the vehicle of Mullah Omar, who died in 2013

", at the national museum. from Kabul.

This same institution that he ransacked and looted during his first reign between 1996 and 2001.