“The printing press can no longer cope”: why in Ukraine they thought about the risks of excessive emission of money

According to the forecast of the Vienna Institute for International Economic Research, in 2022 the Ukrainian economy may shrink by more than a third, and the budget deficit will reach 20% of GDP. In the face of rising costs, Kyiv is still unable to receive part of the financial assistance promised by the West. Against this background, the country is increasingly dependent on the printing press, the National Bank of Ukraine admits. From March to June, the volume of the monthly issue of hryvnia increased by more than five times. Moreover, if at first printing money supported the economy, now this practice no longer allows solving budget problems and only accelerates inflation. To get out of the situation, the NBU proposes to cut part of the expenses of the Ukrainian treasury and at the same time raise taxes. However, experts doubt the feasibility of such a plan. 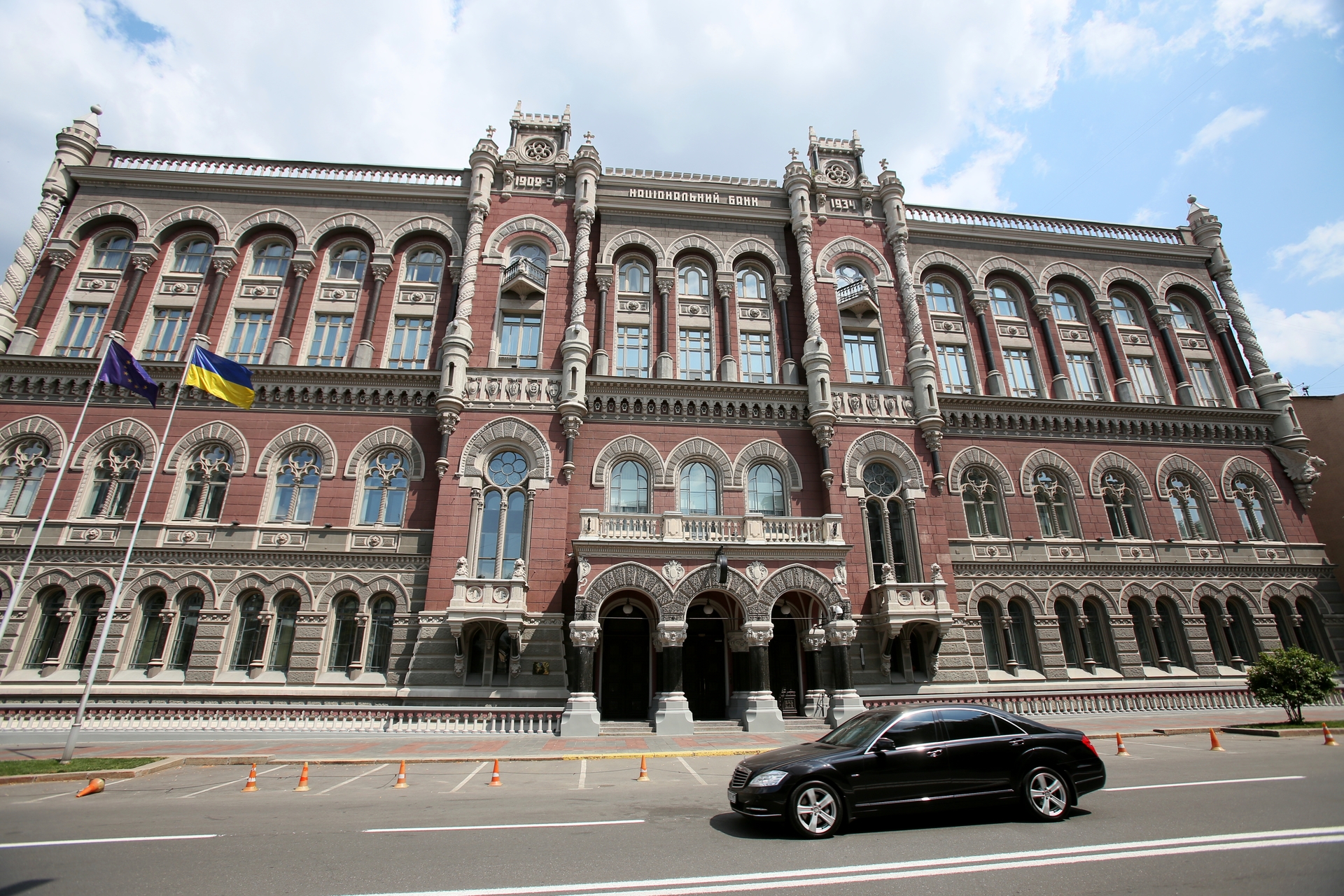 By the end of 2022, the volume of the Ukrainian economy may be reduced by more than a third, and the country's budget deficit will reach 20% of GDP.

This conclusion was made by the experts of the Vienna Institute for International Economic Research (Wiiw).

As experts note in their report, the shortage of funds in the Ukrainian treasury will be financed for the most part through loans.

This situation creates risks for the sustainability of the country's public debt, economists are sure.

Against the backdrop of Russia's special military operation in Ukraine, Western countries continue to allocate more and more tranches of military, financial and humanitarian assistance to Kyiv.

According to the latest estimates, the total amount of such pledged support has already exceeded $82 billion, which is twice the Ukrainian budget revenues for 2021.

However, over the past month, Western statements about new assistance to Ukraine have become less frequent, while Kyiv still fails to receive part of the already promised tranches.

This is evidenced by the materials of the Ukraine Support Tracker database of the Kiel Institute of World Economy.

Both military and financial supplies still do not correspond to what Ukraine demands and what was promised to the country,” the authors of the project note.

According to the expert, this state of affairs is largely due to the corruption component.

“The total money received from the West, in theory, should have been enough for Ukraine to cover the costs, but corruption makes itself felt.

The country's budget does not receive all of the European aid, so the Ukrainian authorities were forced to resort to issuing new money to cover social obligations.

However, the printing press can no longer cope and only contributes to the weakening of the hryvnia,” Suzdaltsev said.

A similar point of view is shared by the National Bank of Ukraine (NBU).

According to the head of the regulator, Kirill Shevchenko, in the early stages of hostilities, the issuance of new money really helped support the country's economy and defense, but now "the need for issue financing is chronically increasing."

At the same time, in June the issue volume more than doubled and reached UAH 105 billion ($3.6 billion).

“This is a decision that allows us to gain time, but does not solve the problems of the economy and the state budget.

However, in fact, the government is increasingly relying on the emission of money by the National Bank, which has gradually become the main source of financing the budget deficit, ”Shevchenko wrote in an article for Economic Truth.

The head of the NBU acknowledged that each new round of money printing intensifies the dollarization of the Ukrainian economy and leads to the withdrawal of savings from the country's financial system.

To maintain the exchange rate, the regulator is forced to resort to foreign exchange interventions, but this practice is becoming increasingly costly and risks depleting reserves, Shevchenko warned.

Moreover, according to him, emission does not create new resources, but only redistributes the existing ones.

This, in turn, contributes to the acceleration of inflation, a decrease in real incomes of the population and an increase in the level of poverty.

To get out of this situation, the National Bank proposes that instead of printing money, the government should cut part of budget expenditures and at the same time increase treasury revenues by raising taxes.

However, in the current environment, experts consider the implementation of these initiatives unlikely.

“The Kyiv government does not have a long-term understanding and working plan of action to restore the economy, so money printing is likely to continue.

The authorities understand that it will be difficult to collect taxes from local businesses, and to slow down rising inflation, they will have to ask the West for more money, since other ways to restart the economy will not work objectively, ”political scientist Alexander Asafov told RT.

According to the latest data from the State Statistics Service of Ukraine, in May inflation in annual terms accelerated to 18%.

The achieved value was the highest for the last six years.

In addition to the active printing of money by the NBU, experts explain the sharp rise in consumer prices by the general deterioration of the situation in the economy.

“In the country, the industry does not work in a full-fledged mode.

As before, only food and light industry plants produce products on the market.

In the process, many supply chains were destroyed, as were some major infrastructure facilities, although Russia does not bomb civilian businesses.

In addition, the migration of the population abroad and the loss of part of the territory are affecting, ”Andrey Suzdaltsev explained.

In his opinion, the fuel crisis observed in Ukraine plays a significant role in accelerating inflation.

Thus, the rise in the price of gasoline along the chain has led to an increase in the cost of a number of goods and services for the population.

As Suzdaltsev noted, earlier fuel to Ukraine was almost completely supplied from the territory of Russia and Belarus, but after the start of the special operation, the supplies stopped.

Meanwhile, there is virtually no own oil refining in the country.

“So far, Lithuania and Poland are partially helping Ukraine, who bring fuel to the country.

However, fuel goes mainly to the needs of the army, and the civilian population does not always have enough fuel, especially in megacities, ”the specialist added.

According to Wiiw experts, one of the most serious problems for the Ukrainian economy remains the "blockade of the ports" of the Black Sea.

According to the authors of the report, this prevents the export of most of the grain from the country, which further increases world food prices.

However, according to Vladimir Putin, the hysteria surrounding the export of grain from the territory of Ukraine is created artificially, while Russia does not interfere with this process.

The head of state stated this at the end of June at a meeting of the BRICS + format.

Moreover, according to the president, we are talking about the volume of 5-6 million tons of Ukrainian wheat and 7 million tons of corn, which globally does not solve "any problems in the world grain market."

“I have publicly stated many times, I want to emphasize once again that Russia does not prevent the export of Ukrainian grain from the territory of this country and is ready to ensure the free passage of ships with grain into international waters, if, of course, the Ukrainian military clears the ports of shipment and the nearby water area,” Putin noted.

At someone else's expense

As the head of the European Commission Ursula von der Leyen said the day before, the EU intends to hold an expert conference with the G7 countries to prepare a campaign to restore Ukraine.

At the same time, the European Union is considering the possibility of using Russia's frozen assets in this process.

“The European Commission considers it fair and is preparing a legal framework for the frozen Russian assets and the assets of Russian oligarchs to be transferred to the needs of restoring Ukraine,” TASS quoted von der Leyen as saying.

According to Alexander Asafov, Europe uses such threats as one of the tools of the political game.

Nevertheless, the expert doubts that the West will really take such a step, since in this case Russia will take mirror measures.

A similar point of view is shared by Andrey Suzdaltsev.

“In response to transferring our funds to Ukraine, we may confiscate our remaining Western assets.

In total, it will come out even more.

In addition, such actions will have implications for the global economy.

The Western world is discrediting itself in the eyes of investors who will think about whether it is worth investing in their economies at all,” Suzdaltsev concluded.