Sordo asks to extend to the bank the penalties for benefits fallen from the sky: "With the Euribor they are going to cover themselves"

The social tension that is causing the lack of control of prices is escalating as the blockade continues in the face of a great agreement between unions and companies on the distribution... 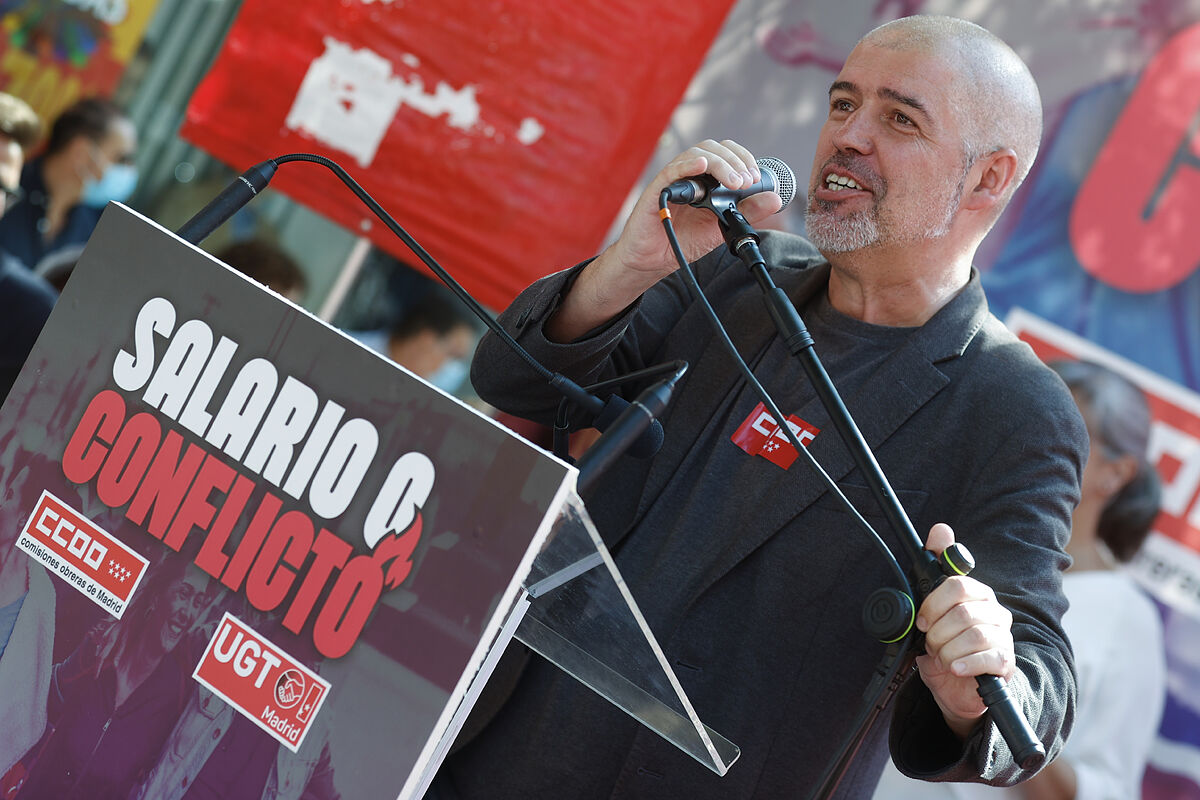 The social tension that is causing the lack of control of prices is escalating as the blockade continues in the face of a great agreement between unions and companies on the distribution of the burden of inflation.

unions have demonstrated today in front of the CEOE headquarters in much of Spain as part of their strategy to tighten collective bargaining and escalate labor conflict to obtain agreements from companies that include salary guarantee clauses.

This has been stated

by the leader of the CCOO, Unai Sordo

, who has pointed out that the metal strikes in territories such as Cantabria have been successful after organizing strikes for 20 days.

CCOO has planted a red line around salary guarantee clauses that shield the purchasing power of salaries against inflation and the conflict in negotiations that do not contemplate this condition is escalating in many territories, according to union sources and corroborate from the business side.

It must be said that although the formal requirement is a wage guarantee clause on 100% of the deviation in prices,

agreements are being signed that cover only part of this deviation

, as has happened, for example, in construction.

"The reason for the conflict is the closure of the companies to agree," said Sordo, who has advanced that they will not admit a devaluation of wages.

The statements come just one day after the

government has announced that difficult quarters are coming

because runaway inflation is going to last longer than expected, bringing forward a new round of negotiations to reach an income pact.

Today in the afternoon, the vice president

has summoned employers and unions to a meeting to which the

are also called to discuss this matter.

Sordo has made it clear that the unions are not willing to reduce the tension or facilitate an agreement if they do not see how the Government takes "courageous" measures first.

"If the Government wants to talk about an income pact, it has to put something on the table with brave fiscal measures: the financial sector and the banking sector, with

the rise in interest rates, are going to make a fortune through mortgages and that is benefits fallen from the sky

. It is not worth it with the tax on electricity or energy companies, you have to touch the corporate tax. Touching the taxes paid by capital can facilitate an income agreement, "he indicated.

On the business side, today's meeting means insisting on an agreement that, on the side of the profit cut proposal, is ruled out.

As on the union side, employers also demand decisions from the Government that demonstrate their commitment to burden sharing.

when it asks for sacrifices and moderate the salary increase for civil servants and rule out a general increase in pensions with the CPI.