The American economy is experiencing the strangest recession in its history

The American economy has witnessed 12 recessions since World War II, and all the recessions it experienced were characterized by two main characteristics, namely the decline in economic growth and the high rate of unemployment. But right now, something strange is happening in the US economy, economic growth is declining in the first quarter 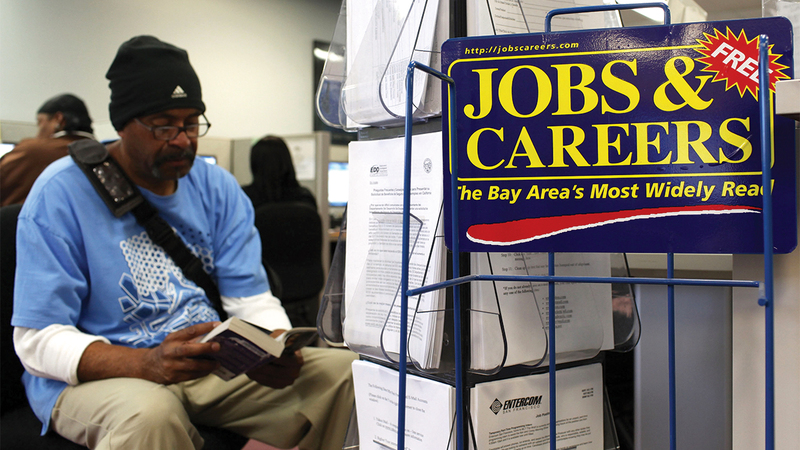 The American economy is experiencing the strangest recession in its history

Unemployment rates in America decreased from 4% last December to 3.6% in May.

The American economy has witnessed 12 recessions since World War II, and all the recessions it experienced were characterized by two main characteristics, namely the decline in economic growth and the high rate of unemployment.

But currently, something strange is happening in the American economy. Economic growth is declining in the first quarter with negative indicators in the second quarter, while the labor market is showing faint signs of faltering during the first half of the year, as unemployment rates decreased from 4% last December to 3.6 % In May.

And the “Wall Street Journal” says that it is a strange development in the course of an economy that has experienced the “Covid-19” pandemic, and a mystery that needs to be solved by economists, growth declined during the first half of 2022, but American companies continued to hire.

For his part, Professor of Economics at Harvard University, Gregory Mankiw, expressed his surprise at dealing with an economic recession without losing many jobs, saying that the reason for the recession and unemployment is likely to be the interest rate increase by the Federal Reserve.

The state of recession in the United States is determined by the opinion of the National Bureau of Economic Research, a group of academic economists that meets to determine the start and end dates of recessions.

Although one of the common rules for determining the state of economic stagnation is the contraction of gross domestic product for two consecutive quarters, this is not the method adopted by the National Office, which takes into account a set of indicators, including production, income, industrial activity, business sales, in addition to employment levels to determine the state of the economy. A recession, which the bureau defines as a significant decline in a country's economic activity, appears in production, employment and other indicators.

Indicators do not always move simultaneously. In 2001, production did not decrease much, and GDP did not shrink for two consecutive quarters, but the office described it as stagnation, but the common denominator in determining the recession is the unemployment rate, as the unemployment rate rose in all cases of recession, including more than 1.9 percentage points in 1960 and 1961, and as much as 11.2 percentage points in 2020.

However, between last December and May, the number of jobs increased by 2.4 million jobs, and the United States recorded more than 11 million vacancies in six of the past seven months, four million more monthly jobs than it was before the pandemic in 2020.

Robert Gordon, a professor of economics at Northwestern University, said that other indicators are heading for a "recession", except for the labor market.

"We will have a very unusual discrepancy between employment numbers and growth numbers for some time," he added, pointing to the importance of other indicators, such as manufacturing sales and wholesalers.

Some of the downturns were long and deep, such as the 2007-2009 deflation that drove the unemployment rate to 10%.

Others are as short as the 2001 recession that lasted eight months.

As for JPMorgan's chief economist, Bruce Kasman, expects a sharp slowdown in the economy, but it will not break the labor market.