Jeonse prices fall due to loan difficulties and high interest rates... Will the August riots disappear?

Next month will be two years since the 3rd Law on Leases came into effect. Then, there was a big concern that the house rent would go up significantly from the time the contract ended and there would be a chaos, but the market situation is the other way around these days. 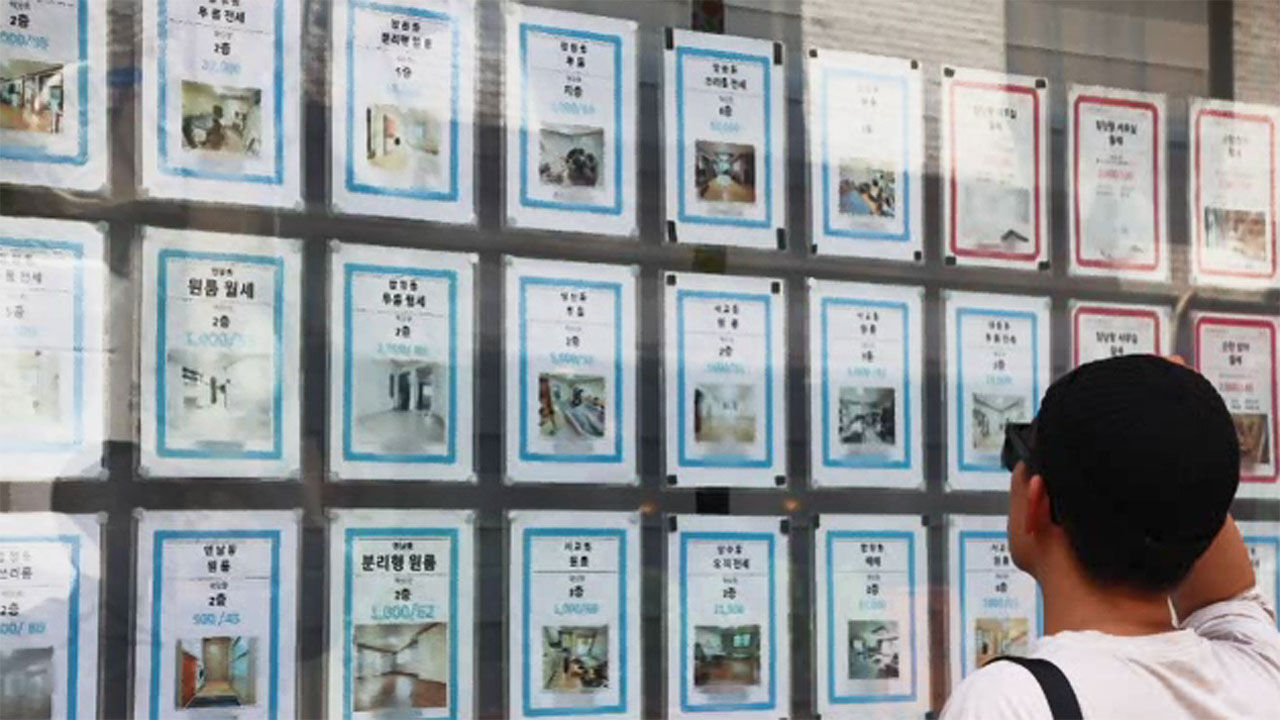 Next month will be two years since the 3rd lease law was enacted.

Then, there was a big concern that the house rent would go up significantly from the time the contract ended and there would be a chaos, but the market situation is the other way around these days.

Jeonse properties are increasing, and they are coming out to areas that are hundreds of millions of dollars away.

Reporter Han Sang-woo took a look at the charter market.

is a large apartment complex in Songpa-gu, Seoul with over 6,000 households.

Usually, the rental of an apartment with an exclusive area of ​​84 square meters was traded at around 1.1 billion won, and today (the 4th), a new sale came out for 860 million.

The existing tenant contract expires after a month, but no one wants to come in with the same amount of money, so the landlord lowered the deposit by more than 200 million won at once.

[Authorized Realtor in Jamsil, Seoul: The price of Jeonse is lower than the market price.

The owner is worried, but there is no way...

In fact, Jeonset prices in Seoul have been falling for the 7th week in a row.

As Jeonse loans are blocked and interest rates rise, more tenants are turning to reverse rents and monthly rents, and the demand for Jeonse has decreased.

There are even analyzes that suggest that if the Jeonse price drops like this, the house price could also come down.

It can be particularly difficult for those who have made so-called gap investments, who buy houses with charters.

[Jaewoo Koo / Realtor: (Gap Investment) is because it is not easy to raise funds for the difference in case of a drop in Jeonse because they are people who bought Jeonse and if the existing lessee leaves...

Jeonse prices are on a downward trend and monthly rents are also maintaining a stable trend, so there is a possibility that the rumors about the monthly rent crisis in August will remain as a myth.