Calviño already recognizes that inflation has overwhelmed the Government: "It is higher and more persistent"

"The inflation scenario is more persistent and higher" than the government expected. And the next few quarters are going to be "complex", with... 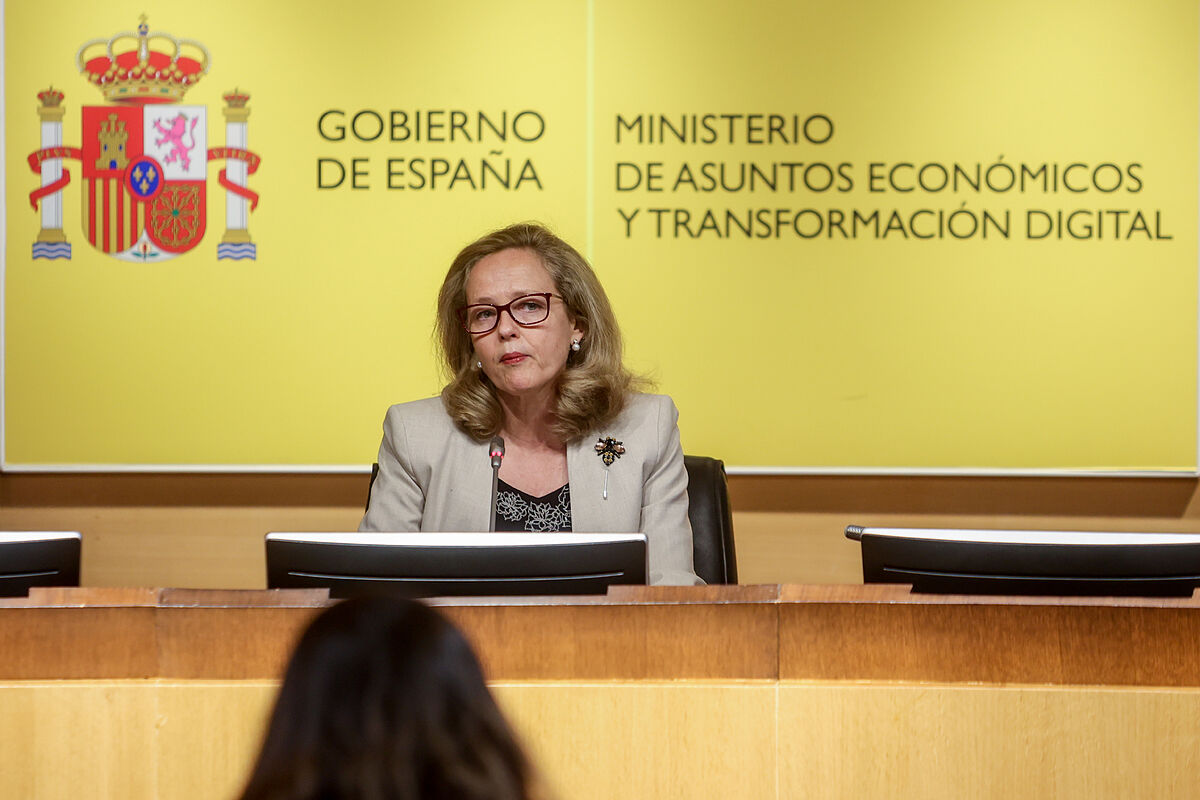 The inflation scenario is more persistent and higher

" than the Government expected.

And the next few quarters are going to be "complex", with families suffering the consequences of an inflationary spiral that has already reached, worryingly, food.

The First Vice President and Minister of Economic Affairs, Nadia Calviño, has thus recognized that inflation

has exceeded the Executive's forecasts

, that it is no longer a circumstantial phenomenon and that, indeed, it has already moved beyond of food.

That the dreaded second-round effects are already taking place.

All of this, in fact, has been discussed by Calviño with his Advisory Council, which held its eighth meeting this Monday since it was created in the midst of a pandemic and in which inflation has overshadowed the, in the opinion of the vice president, "

extraordinary evolution of the labor market

have reduced the rise in prices by 3.5 points

It is the Government's speech, the defense they make of the actions that, only in 2022, will cost an entire point of GDP.

But all this has not prevented the inflation figures, including core inflation, from being out of control and the increase in the cost of living is already spreading to other areas.

The Government continues to point to the invasion of Ukraine as the main reason when,

according to the Bank of Spain, the inflationary spiral had already begun before

But, in any case, what is unquestionable is that families are "

", as recognized by the head of the Government in the economic field, and that this is also undermining the Executive itself at a very political moment. complex.

Assault on the INE

Part of this difficult context includes the departure of the president of the INE,

Or precisely it is what the Government has pushed on several occasions to pressure the person in charge of Statistics to a possible revision of the GDP figures due to the discontent of Calviño, the Minister of Finance, María Jesús Montero, or of Social Security, José Luis Escrivá .

The revisions, however, when they have occurred have been downwards, further raising the anger of the Executive.

Asked about this point, Calviño has denied any type of interference, has referred to the "personal reasons" that were noted in the press release that reported the departure of Rodríguez Poo and has assured that they are looking for "