The Palestinian Authority has handed over to the Americans the bullet that killed the American-Palestinian journalist Shireen Abu Akleh, star reporter for the Al Jazeera channel, said on Saturday July 2… 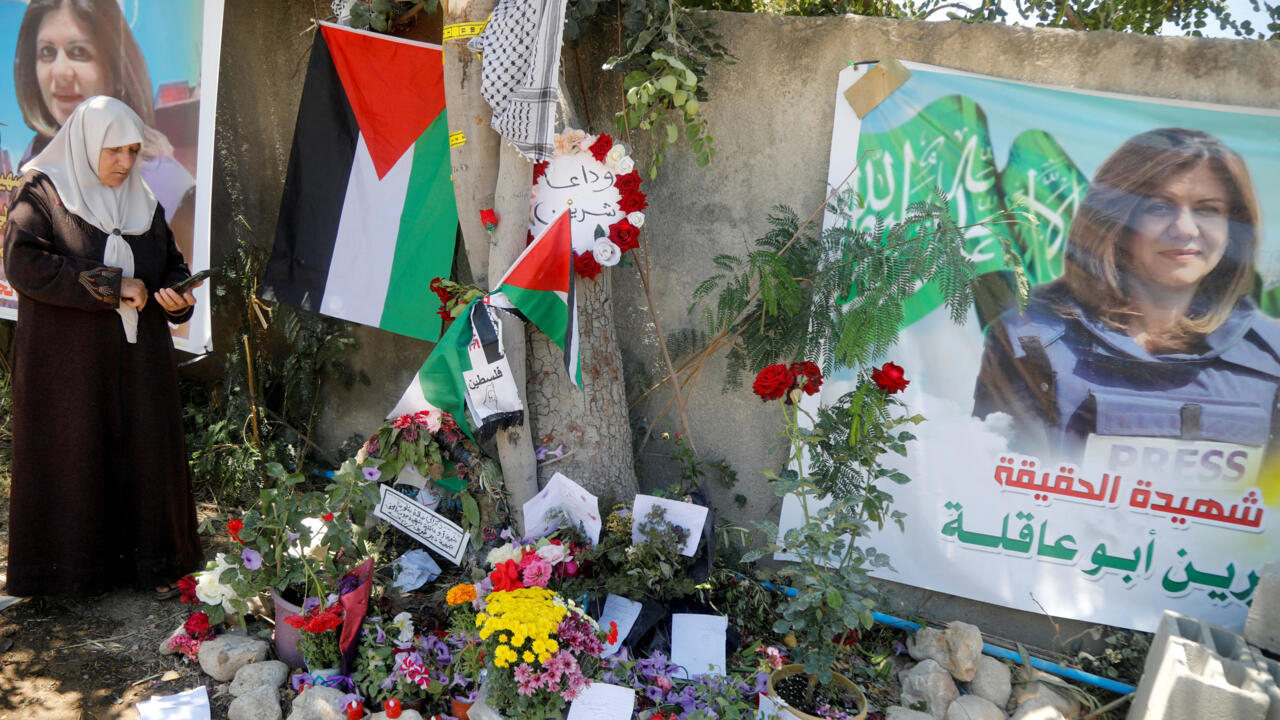 Many people paid their respects to journalist Shireen Abu Akleh at the place of her death, in Jenin, in the occupied West Bank, like here on May 17, 2022. © Raneen Sawafta / Reuters

This for the realization of an expertise.

While the UN High Commissioner for Human Rights has concluded that the journalist was killed by Israeli fire, the Jewish state continues to deny the charges.

, who was killed on May 11 while covering an Israeli military operation in Jenin, in the occupied West Bank, had been handed over to the United States, which will examine it.

The prosecutor answered with a "

" to the question of whether the bullet had been turned over to the Americans.

He added that the latter had pledged to return it to the Palestinians.

According to Palestinian sources in Ramallah, the seat of the Palestinian Authority, the expertise will be conducted at the US Embassy in Jerusalem.

The official Palestinian Wafa news agency reported on Saturday evening that the Palestinian Authority had given the green light to hand the ball to the United States, but not to Israel.

According to the Palestinian prosecutor, it is a 5.56 mm caliber bullet fired by a Ruger Mini-14 semi-automatic rifle.

These latest developments come less than two weeks before US President Joe Biden's visit to Israel and the West Bank, Palestinian territory occupied by Israel since 1967, as part of his first tour of the Middle East since assuming the White House.

The Palestinian Authority, Al Jazeera and Qatar, the country financing Al Jazeera, accused, immediately after her death, the Israeli army of having killed the Palestinian journalist, who also held American nationality.

And on June 24, the UN High Commissioner for Human Rights concluded that

the journalist had been killed by Israeli fire

All the information we have gathered - including from the Israeli army and the Palestinian attorney general - corroborates the fact that the shots that killed Ms. Abu Akleh and injured her colleague Ali Sammoudi came from Israeli forces and not from indiscriminate fire from armed Palestinians as initially claimed by the Israeli authorities,

” a spokeswoman for the High Commission Ravina Shamdasani said on June 24.

But Israel has dismissed the UN charges, with Defense Minister Benny Gantz calling it a "

The Israeli army keeps saying that it is “

impossible to determine whether

was killed by a Palestinian gunman firing indiscriminately in the area where she was, or inadvertently by an Israeli soldier

Palestinians call on Israel to return the gun

She has also repeatedly called on the Palestinian Authority to give her the fatal bullet, the only way according to the Israeli military to really determine who fired.

But the Palestinians refused and instead asked the Israelis to hand over the suspect weapon.

have also pointed in the direction of the Israeli army.

The journalist was wearing a bulletproof jacket with the word "

" written on it and a protective helmet when she was hit by a bullet just below the cut of her helmet.

She was on the outskirts of the Jenin refugee camp, a stronghold of Palestinian armed factions where Israeli forces were carrying out a raid in search of suspects after deadly attacks in Israel.