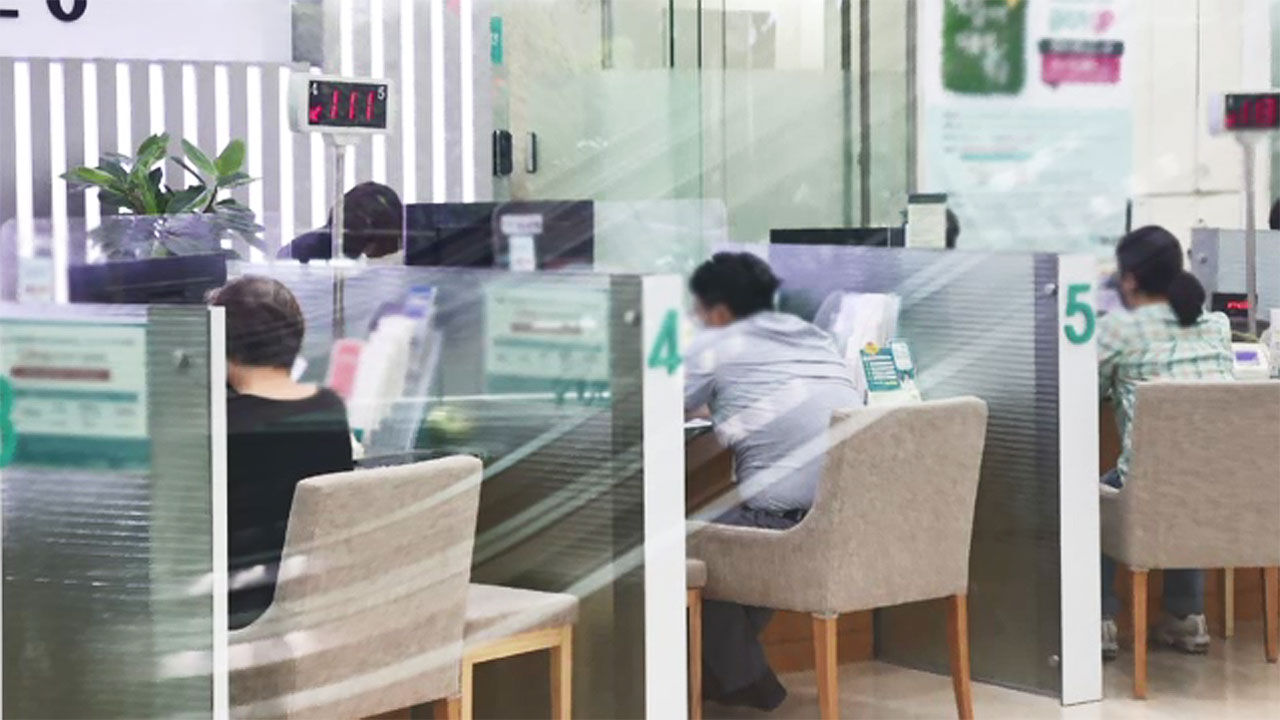 Loan interest rates are rising in the midst of high interest rates, but deposit rates have not risen that much, so there was a lot of criticism.

In fact, the gap between loan and deposit rates has widened the most in more than seven years.

Reporter Han Sang-woo pointed out the background behind the belated adjustment of interest rates by banks.

As it is certain that our base rate will be raised this month in the wake of the US interest rate hike, more and more people are coming to the bank counter to repay the borrowed money before the interest rate on the loan rises further.

[Mr. Kim / Office worker: I think it is more advantageous for me to pay off the loan first because the interest rate on the loan I am currently using has risen again...

However, unlike loan rates, which are rapidly rising, banks' increase in interest rates for deposits and savings accounts is negligible.

In fact, based on the balance in May, the bank deposit-to-deposit margin, which is the difference in interest rates when borrowing and depositing money, has widened to 2.37 percentage points.

This is the largest gap in 7 years and 7 months, and the financial authorities immediately issued a warning.

[Lee Bok-hyeon/Director of the Financial Supervisory Service (February 20, meeting with domestic bank presidents): There is a growing possibility of misunderstanding, such as criticism of banks' pursuit of excessive interests.]

Under pressure from the government and the political world, banks raised interest rates from 2% to mid-3%. has released deposit and savings products that have risen to the 4% level in a row.

In addition to lowering mortgage interest rates, fixed-rate loans with interest rates lowered by up to 1.3 percentage points have also emerged.

However, there is another reason why banks are raising deposit rates.

Unlike household loans, corporate loans are steadily increasing, so in order to secure loan capacity, it is necessary to increase the amount of deposits, even by raising interest rates.

In addition, the tightening of bank soundness standards, which were relaxed during the corona crisis, is one of the reasons why banks are raising money.

In order for interest rate operation to be carried out rationally and transparently, it is necessary to make efforts to rectify the operation together with the monitoring of financial authorities.