The sanctions against Russia for the invasion of Ukraine are taking effect, but they are a boomerang that hits Germany especially hard. The Government has declared alarm 2 of the 3 planned... 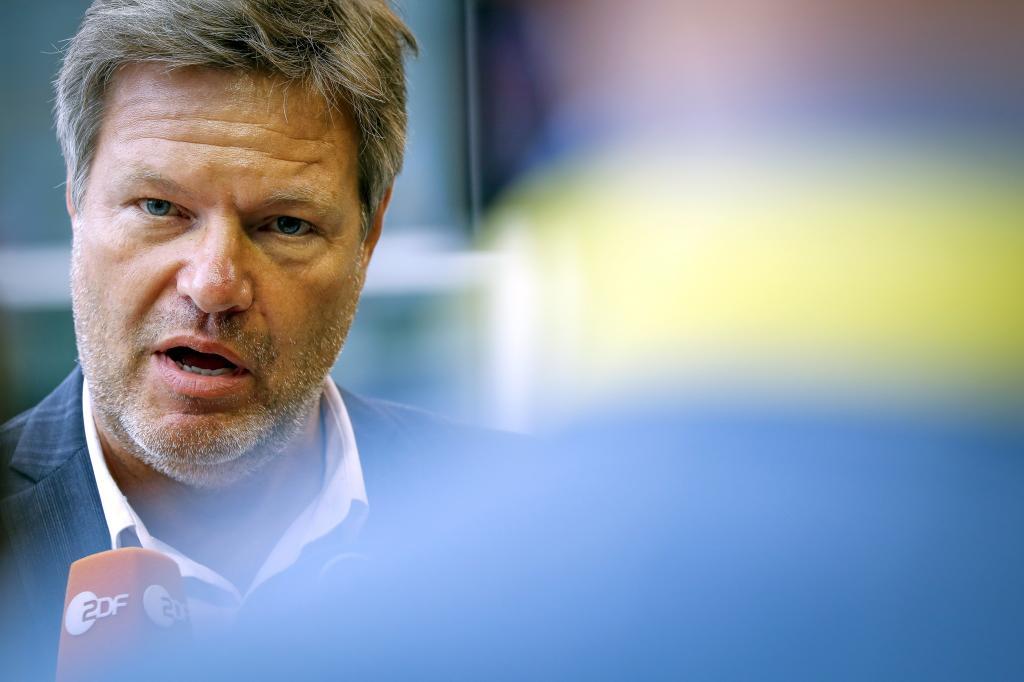 The sanctions against Russia for the invasion of Ukraine are taking effect, but they are a boomerang that hits Germany especially hard.

The Government has declared alarm 2 of the 3 provided for in the Gas Emergency Plan in the face of "the serious situation" that would be created if,

as Economy Minister Robert Habeck suspects, Moscow turns off the tap this summer

If that happens, Germany, dependent on Russian gas and with reserves at half capacity, would enter an abrupt phase of withdrawal.

There is already talk of

With the energy transition halfway through and the difficulty of finding alternative gas providers free of futures contracts, Habeck will already prepare the population for "the economic war that President Vladimir Putin has opened against us."

His Ministry has launched a campaign with

ranging from shortening the shower time and lowering the heating or air conditioning a couple of degrees, to unplugging all electronic devices at night or not moving the car .

"Even if it's only 90 cents per household if we multiply it by 41 million households in the country, there are many millions a year"

, explains the minister, from the Greens party.

Ruled out for political reasons the extension of nuclear power plants although the debate has arisen and with doubts about the massive return to coal to counteract a possible cut in supply, citizens have rushed to fill the woodsheds.

Winter will be hard.

Already in the first package of sanctions against Russia, the Government warned the population that

these measures would not come for free

What he did not say is that the timid growth of the economy after the Covid-19 pandemic would slow down, that more breaks would open up to the supply chain, a phase of energy insecurity would enter and inflation would run amok.

It was not said that the cost of the sanctions would extend over time, accumulating their effects more and more perceptible to citizens.

"The rise in energy prices and the threat of gas shortages are causing great concern in the German economy," said Ifo president

Clemens Fuest, who put his finger on the chemical and pharmaceutical industry

, for the that a mere cut in gas supply would spell doom.

"The situation on the gas market is threatening," says

and professor of international economics at the Heinrich Heine University in Düsseldorf.

"If there is rationing and production stops, the result could be a serious recession."

The same is the opinion of the president of the Confederation of German Industry (BDI),

The two alert levels activated so far do not entail state intervention in the market, but if the third is activated, the panorama will change.

There will be rationing and

power companies will be able to pass on higher prices directly to their customers to force savings.

The law prioritizes supply to homes and strategic infrastructure in the event of a shortage, but it would open up a scenario never seen before for companies, especially in the chemical sector, the epicenter of industrial activity.

"A stoppage due to lack of gas would be more drastic and damaging than the Corona pandemic," says economist

of the Institute for the German Economy.

“Companies are already going through a minefield, there are still bottlenecks in the supply chain and production becomes more expensive.

aluminum and ammonia, for example, have stopped being produced

in part because it is not profitable and if the preliminary products are missing there will be a domino effect throughout the industry.

We are talking about a recession,” warns Schaefer.

Some analysts believe it is unnecessary to sow panic

because the principle of solidarity governs in the European Union and there would be a transfer.

Business confidence, however, is cloudy.

The Ifo index has fallen 0.7 points to 92.3, according to the latest survey conducted by this economic research institute of some 9,000 managers.

Economists expected a decline to 92.9 points.

The uncertainty in homes and businesses is palpable

Not surprisingly, the Ifo Institute, like many other economic research institutes, has lowered its growth forecast for the German economy for this year from 3.1% to 2.5%.

The unions, by contrast and to offset the effects of inflation, ask for wage increases of 8%

In the euphoria of sanctions,

Germany has practically said yes to everything, except gas

With a dependency on Russia when the first 55% package arrived, the government tripartite, made up of social democrats, environmentalists and liberals, asked for time to reduce their dependency and Habeck, from the Greens party, went shopping.

He openly turned his back on the Russian dictator to travel to the non-democratic Gulf countries in search of new contracts.

He looked in the United States, knocked on the door of the neighbors to the North, hastily approved the construction of two regasification plants in the North Sea to be able to import liquefied gas (LNG) and promised a new boost to renewables.

The energy contracts are for the future, but the message to Russia was unequivocal: Germany will abandon its client portfolio.

Germany, always denying its contribution to the war machine, has

reduced its dependence on Russia to 35% and Habeck wants to lower it to 30% by the end of the year.

For the summer of 2024, the federal government considers a further decrease in the quota to 10% of consumption possible.

A few weeks ago, an alleged problem in one of the Nord Stream 1 turbines - impossible to replace due to the sanctions - caused the volume of supply to be reduced by 60%.

In the Government and in the industry the alarms went off.

The plan to fill the reserves for the winter failed.

With a supply of 40% above normal, it is almost impossible to fill the tanks, which are at 58%

Next day 11, the Nord Stream 1 will dry for two weeks for maintenance.

It's commonplace, but Habeck fears Putin won't reopen it.

"Putin knows how to hit the West

and it is clear that the brake on exports through the Nord Stream 1 gas pipeline is part of his power struggle," underlines Habeck.

From June to the end of August, the Government has made

available to citizens for any type of public transport, except for high-speed trains.

"I think that instead of three months it will be three years, at least," says the director of Germany's largest energy producer, RWE,

That is how long analysts believe high prices will last.

The opposition to the tripartite government, the conservatives of the Christian Democratic Union (CDU) and the Bavarian Christian Social Union (CSU) have called for a

for workers who need to travel by car.

Habeck would be willing to negotiate it, but his Finance colleague,

the liberal Christian Lidner, rejects it even though in just a few months he has become the "debt king

From promising his brake for next year he has gone on to contract a new one worth 138,900 million.

It is another mine in the field of a Germany that is discovered to be vulnerable.