The unions of the low-cost airline Ryanair have called twelve more days of strike for their cabin crew after the six days of strikes that they have supported and... 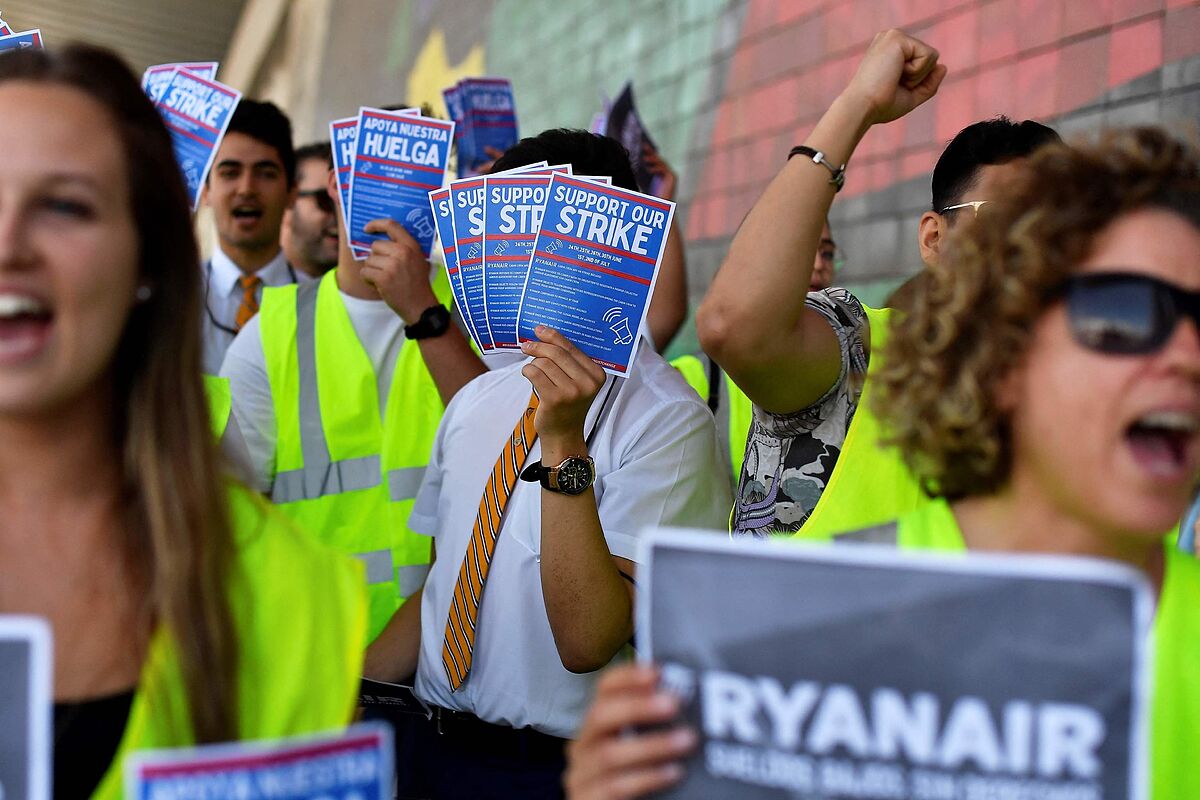 The unions of the low-cost airline Ryanair have called twelve more days of strike for their cabin crew after the six days of strikes that they have supported and that ended this Saturday.

In statements to the media, the general secretary of USO at Ryanair,

has assured that the unions "have been forced" to re-call new strike days after the six days of strike, which have generated

Likewise, he has criticized "the impassiveness of the company in not listening to its workers and preferring to leave thousands of passengers on the ground rather than sit down and

negotiate an agreement under Spanish law."

The twelve new strike days will be, like the previous ones,

and all Ryanair workers in Spain are called to support them.

"We hope that the next ones are exactly the same as these because the workers have not stopped fighting for their rights and the company must listen to them and sit down at the table" to resume the negotiation of the collective agreement, Arasanz has claimed.

In statements to Efe, the person in charge of USO at the Santiago de Compostela base,

explained that the unions have been trying for five months without success to negotiate a collective agreement that includes the rights established by Spanish legislation on wages or vacations. .

THE UNIONS COUNT THE FOLLOW-UP OF THE STRIKE AT 40%

Given the lack of progress, the unions called a strike and the already high

authorized by the Government were not respected by the company, which raised them to 100%.

"This has already been done in previous strikes for the same reason, we denounced it and there is a sentence from the National High Court for

strike-stripping practices and for violating our rights,"

Otero has made clear, who has urged the Ministry of Labor to intervene.

"We are not third-class workers and we deserve the same right as any worker in the Spanish State," added his colleague Arasanz.

The follow-up of the strike has been 40% "despite the fact that on paper nobody could do it", the unions have indicated in a statement, in which they emphasize that this shows that "the staff is very clear that they want to fight for their rights and because Spanish legislation is complied with".

16 CANCELLATIONS AT RYANAIR AND NINE AT EASYJET

Until 7:00 p.m., 16 flights have been canceled and 281 have suffered delays in this sixth day of strike by Ryanair cabin crew at the airline's ten bases in Spain

despite having a minimum service of 100%.

This strike day at Ryanair coincides with the second, out of a total of nine, of the cabin crew of the British low-cost company

At Easyjet there have been 9 cancellations and 89 flight delays this Saturday until 7:00 p.m.

The general secretary of USO at Easyjet,

has assured that today's session "is being supported by the vast majority of cabin crew" at all bases, especially in Malaga, where 50% of flights have been cancelled. flights.

And all this, "despite the abusive minimum services applied by Easyjet".