A little over a year after the death in custody of opponent Nizar Banat, the NGO Human Rights Watch accuses the Palestinian forces of carrying out “systematic” arbitrary arrests and of practicing… 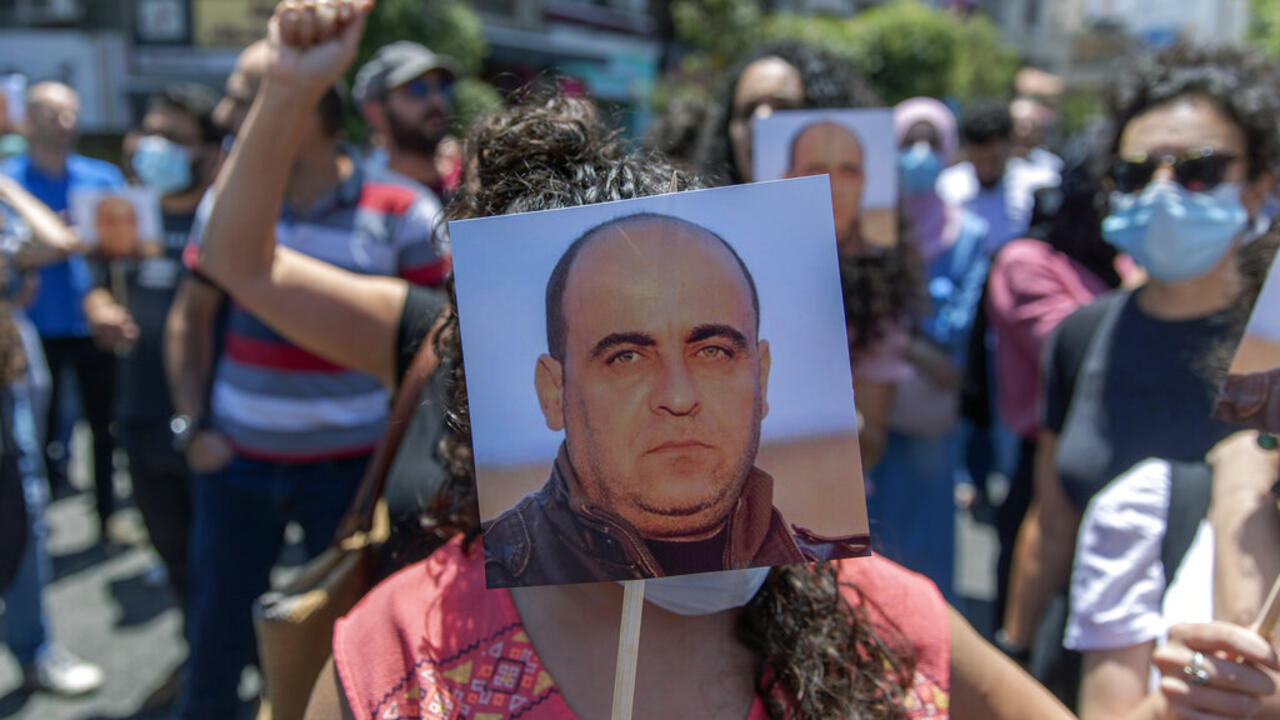 Protesters carrying pictures of Nizar Banat, a critical Palestinian Authority activist killed on June 24, 2021, during a rally following his death, in Ramallah.

A little over a year after the death in custody of opponent Nizar Banat, the NGO Human Rights Watch accuses the Palestinian forces of carrying out " systematic

and practicing torture against dissidents.

His death had aroused great emotion in the Palestinian territories.

A little over a year ago, on June 24, 2021, human rights activist Nizar Banat was arrested and severely beaten by Palestinian forces before succumbing to his injuries in detention.

His death had led to several demonstrations to denounce the violence of the forces of the Palestinian Authority, which had been violently repressed.

► To read also: One year after the murder of Palestinian activist Nizar Banat, the quest for justice continues

For the human rights organization Human Rights Watch, the case of Nizar Banat is not unique: whether in the West Bank, controlled by the Palestinian Authority, or in the Gaza Strip, led by the Hamas, the opponents are

victims of arbitrary detentions and acts of torture

The NGO and the Palestinian rights group Lawyers for Justice submitted a joint report to the United Nations Committee against Torture (CAT) on June 30.

We are talking about systematic practices.

What we see are the two authorities routinely employing, over a period of years, the same tactics to respond to criticism, dissent and opposition.

These detentions do not take place over long periods, notes the organization.

Rather, they are short detentions, where many are mistreated and tortured.

When you have serious abuses committed on a regular basis and when you have such practices, particularly when they amount to abuses such as torture, these are crimes against humanity.

So, without a doubt, the practices of the Palestinian Authority and Hamas can amount to crimes against humanity

the Palestinian Authority has very little autonomy and sovereignty on the ground, but it maintains a parallel police state which exercises a rather methodical and systematic oppression.

The NGO appeals to the international donors of these security forces, particularly to Western countries which support the forces of the Palestinian Authority in the West Bank.

Countries across Europe and the United States claim to support the rule of law in Palestine and yet fund police forces, and other security forces in some cases, that actively undermine these principles.