[Actually] "Korea's minimum wage ranks third in the OECD" What is the truth? 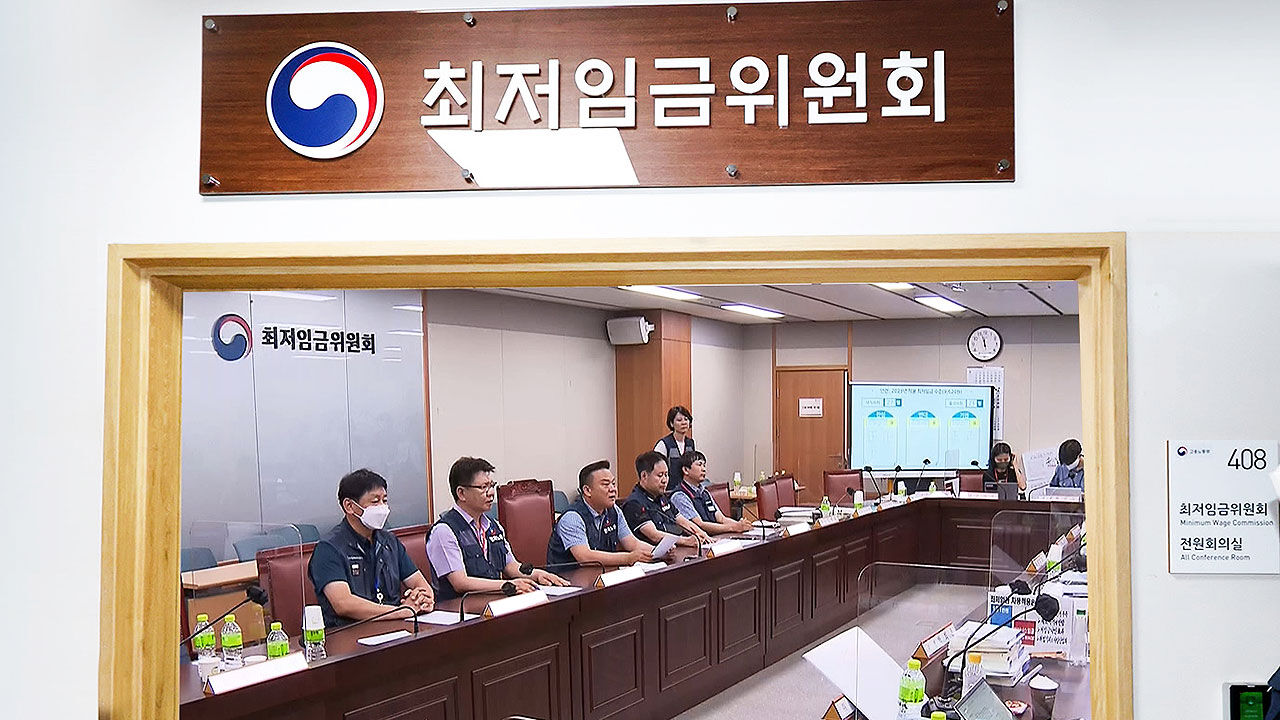 The minimum wage for next year has been set at 9,620 won per hour.

The Minimum Wage Committee, which deliberates and decides on the minimum wage, is composed of 27 members, 9 members each, including workers, employers, and public interest members.

It was the same this time.

"Korea's minimum wage level is very high, reaching the third highest among the 30 OECD countries (the ratio of the minimum wage to the average wage of workers)," he said, expressing regret over the decision to raise the minimum wage.

Really, the SBS fact check team looked at it.

■ How much is the minimum wage in Korea, according to the OECD?

The specific basis of this statement of the FKI can be confirmed through the press release issued by the FKI last May.

There is also a content that the recent minimum wage increase rate in Korea is very high.

A press release released by the FKI on May 25 <Ratio of the minimum wage to the average wage in Korea (49.6%), 3rd out of 30 OECD countries>

Deputy Prime Minister of Economy and Minister of Strategy and Finance Choo Kyung-ho also appeared at a hearing in May when he was a candidate and said, "Korea's minimum wage is at a relatively high level among the Organization for Economic Cooperation and Development (OECD) countries."

As the remarks of the head of the economy of the Republic of Korea were added, the above statistics were continuously cited through media reports and social media, and the FKI issued a statement with the same content.

In fact, the team directly checked the OECD-related statistics.

The OECD provides various statistics for member countries through its statistics website (https://stats.oecd.org).

Rounded to one decimal place.

The rate of increase in the minimum wage was also high.

We plot changes in the minimum wage in all OECD countries in terms of purchasing power parity (PPP) in dollars over the past 20 years.

Red is Korea, and it can be seen that it has risen steeply compared to other countries in the 2010s.

When calculating the rate of increase over the last 10 years, it was 62.5% in Korea.

In fact, looking at the figures identified by the team, it can be said that Korea's minimum wage is very high by OECD countries' standards.

However, there are some points to be aware of when citing data from the OECD.

As the OECD is an international organization, it receives statistical sources from its member countries virtually 'voluntarily'.

Therefore, there are several cases where the aggregation criteria are different.

Statistics on the ratio of the minimum wage to the median wage have a similar aspect.

For example, in many EU member states, the calculation of median wages is based on businesses with 10 or more employees.

On the other hand, we include all sole proprietorships.

In the case of Korea, since it includes all small businesses, the median wage will be lower than that of EU member states, and the ratio of the minimum wage to the median wage may naturally increase.

In fact, the Korea Labor Institute tried to estimate the level of the minimum wage compared to the median wage in Korea by matching the same standards.

If the existing calculation method is used, the relative level of the minimum wage in Korea is 0.55, which is in the upper middle class.

However, in the same way as in other countries, if the industry is restricted, the size of the business is limited to 10 or more, and the median wage is calculated in Korea, the relative level of the minimum wage is 0.46, which is lower than in countries other than Spain and Estonia.

The above study was also submitted in 2019 and is not a recent statistic.

Unfortunately, we could not find any recent numerically corrected studies.

As a result, the statistics that Korea's minimum wage ranks third among OECD countries cannot be viewed as perfect statistics due to differences in 'collection method'.

For some media and influential figures to cite this statistic, it is necessary to clarify the differences in collection methods across OECD countries.

However, I hope that this fact check will not be read as supporting a specific position, such as raising or freezing the minimum wage.

In fact, what the team wants to emphasize is that many of the stats we use often have different levels and contexts.

In other words, while statistics always seem accurate and sparse, they can be used in any number of ways, depending on the intent of the person citing them.

Beyond statistics, there is always a complex social background.

The economic impact of the minimum wage is inevitably large given the structure of Korea's industrial structure, which has more self-employed people than any other country.

Conversely, some argue that it is meaningless to compare the minimum wage with countries with relatively low educational and medical costs, so-called countries with high social wages.

Statistical figures do not explain this background.

The above OECD ranking statistics are useful for short-term public opinion battles, but do not help much in consultation and consensus in the public interest.

The media, authoritative groups and politicians have a duty to articulate this context and level.

The SBS fact-checking team, which frequently uses OECD country statistics to fact-check, will also be careful in citing statistics using this fact check as an opportunity.

For reference, among the same OECD statistics, we additionally cite other statistics alongside the minimum wage statistics.

This is the 'proportion of workers earning less than two-thirds of the median income'.

The SBS fact check team verified the FKI's claim that "Korea's minimum wage is the third highest among OECD countries."

However, the collection criteria differed from country to country.

In many EU member states, the median wage is calculated based on businesses with 10 or more employees, but in Korea, it is based on all businesses.

In this case, the minimum wage in Korea may seem high.

When this is corrected, some studies have found that the minimum wage in Korea is at the middle level.

However, it seems that we need to be a little careful as there are no research results that have corrected the latest data yet.

The truth is, the team will withhold judgment in consideration of this aspect, but I would like you to consider with the viewers that complex social contexts are intertwined beyond statistics.