From June 30: The Bank of Russia issues a new hundred-ruble banknote

The Bank of Russia presented an updated banknote with a face value of 100 rubles. On the front side there is a fragment of the Spasskaya Tower of the Moscow Kremlin with chimes, on the reverse side - the Rzhevsky Memorial to the Soviet Soldier. New banknotes will begin to enter circulation from June 30, and they will be launched in large quantities after the adaptation of banking equipment. According to experts, the modernization of banknotes will reduce the number of fakes. The issue of modernized banknotes will not lead to an additional acceleration of inflation, analysts are sure. 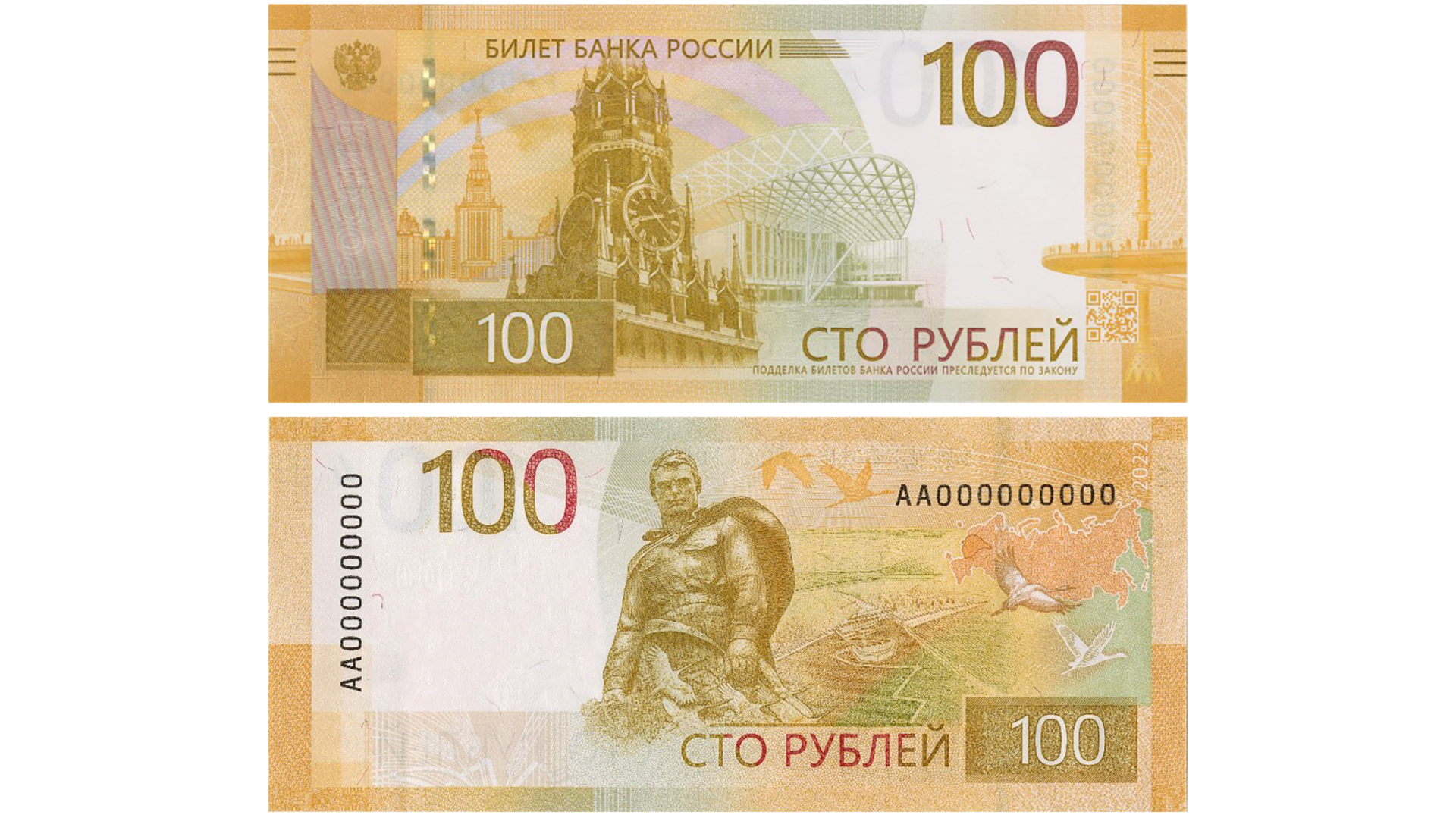 On Thursday, June 30, the Bank of Russia put into circulation an updated banknote with a face value of 100 rubles.

This was reported in the press service of the regulator.

As noted in the Central Bank, the banknote contains a reinforced security complex by analogy with a banknote with a face value of 200 rubles.

The design has traditionally used the sights of the federal districts of the country.

“The issued hundred-ruble banknote is dedicated to Moscow and the Central Federal District.

The main image of the front side is a fragment of the Spasskaya Tower of the Moscow Kremlin with chimes.

On the reverse side is the Rzhev Memorial to the Soviet Soldier.

It will be possible to use them on a par with the current denominations of the 1997 sample, including modifications of 2001 and 2004.

“Banknotes of the 2022 issue are a legal means of cash payment on the territory of the Russian Federation and are required to be accepted at face value when paying for any types of goods and services without any restrictions,” the Central Bank emphasized.

Mass production of new banknotes will begin after the necessary banking equipment is adapted, said Sergey Belov, Deputy Chairman of the Bank of Russia, during the presentation of the new banknote.

“Banks and merchants will need to reconfigure the necessary equipment.

If it usually takes six months to a year to adapt equipment, then here we will meet the needs of banks so that they have enough time to adapt and set up their equipment ... We will make every effort, closely monitor this process, help our suppliers and equipment manufacturers ", - TASS quotes the words of Belov.

According to him, more than 1 billion hundred-ruble bills are currently circulating in Russia.

These banknotes account for about 17% of the money turnover.

Recall that the previous version of the 100-ruble banknote was put into circulation on January 1, 1998.

“These banknotes appeared as a result of denomination, and quite a lot of time has passed since that moment, so there is a need for an update.

The design of the new banknote does not have a political color and is rather neutral, and the depicted classic symbols of Russia are understandable to citizens living anywhere in the country, ”Alexander Razuvaev, member of the Supervisory Board of the Guild of Financial Analysts and Risk Managers, told RT.

We are talking about banknotes of the sample of 2013, 2015 and 2018 dedicated to the Olympics in Sochi, Sevastopol and the Republic of Crimea, as well as the World Cup in Russia.

In the next few years, the Central Bank will continue to introduce modernized banknotes into circulation.

According to Alexander Razuvaev, the new banknotes will be more secure against counterfeiting, which will reduce the number of counterfeit banknotes in circulation.

In 2021, more than 36.6 thousand counterfeit banknotes were detected in the Russian banking system.

Meanwhile, the share of such banknotes over the past ten years has decreased by 2.5 times.

Thus, according to the latest estimates of the Central Bank, on average, there are six counterfeits per 1 million banknotes in circulation today.

“At the same time, updating the design makes sense even taking into account the transition to cashless payments that is being observed today.

During the pandemic, the demand for cash has increased and continues to be quite high,” Razuvaev added.

A similar point of view in a conversation with RT was also expressed by the investment manager of Alfa Capital Timur Nigmatullin.

Over the past five years, the share of non-cash payments in Russia has more than doubled and now stands at about 75%.

However, the process is uneven, the expert stressed.

“As a rule, for large purchases they pay by bank transfer, and for small expenses they use cash.

That is why the demand for banknotes of small denominations is still high.

This has become especially relevant now, when, against the backdrop of sanctions, it has become impossible to pay with a smartphone, and some types of non-cash payments have come under restrictions, ”Nigmatulin explained.

At the same time, according to experts interviewed by RT, the renewal of banknotes will not lead to an additional acceleration of inflation in the country.

According to Alexander Razuvaev, the new banknotes will replace the old banknotes, which will gradually go out of circulation.