A meeting to decide what the minimum wage for next year will be is now being held in Sejong City. Legally, the deliberation must be completed by tomorrow, but it is unclear whether a conclusion will be reached as the labor and management circles are at war. 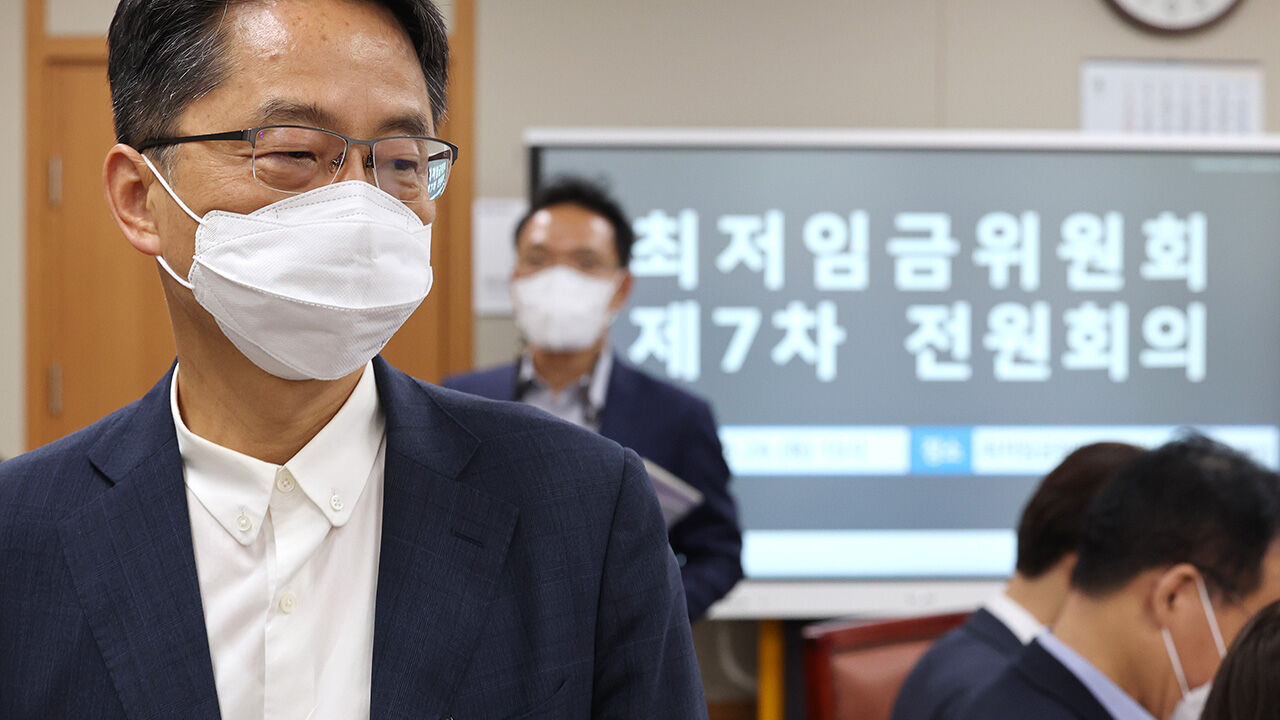 meeting to decide what the minimum wage for next year will be is now being held in Sejong City.

Legally, the deliberation must be completed by tomorrow (29th), but it is unclear whether a conclusion will be drawn as the labor and management circles are at war.

As you can see, a reporter is on site.

Reporter Jo Ki-ho, are you still holding meetings there?

Yes, it is currently in progress.

The meeting started at 3pm, so it has already been running for 5 hours.

It's something we've seen every year, but there seems to be quite a bit of difference of opinion this year as well. So, how much are both sides claiming?

Yes, I just heard the news that the business and labor circles have stepped back one step at a time.

At the beginning of the meeting, the labor community insisted on a 1,730 won increase, but lowered it to 1,180 won a while ago.

The business community also said that they are in favor of raising it to 9,260 won, up 100 won from the freeze.

Although the positions of both sides have narrowed slightly, there is still a large gap.

There was also a talk of speech outside the store, so let's listen to this position.

[Kyung-soo Yang/Chairman of the Korean Federation of Trade Unions: Let's raise the minimum wage significantly to solve the problems of the suffering workers.]

We are calling for a freeze on the minimum wage next year...

It's nice to hear that both sides have yielded one foot at a time, but then, please sort out what will happen in the future.

In fact, labor and management have rarely made a decision by consensus.

However, if the difference between labor and management cannot be narrowed even by dialogue, public interest members directly propose the amount and decide by voting on a kind of arbitration plan.

It is not known whether or not it has reached that stage.

The public interest committee members have a strong will not to exceed the legal deadline tomorrow, so the meeting is expected to continue until late at night.

As soon as there is news, we will connect you again and let you know.