The provincial capital cities are vying to promote the new policy to promote the purchase of houses, but why are they "doing nothing but not talking"?

Zhongxin Finance, June 28 (Reporter Zuo Yukun) From the adjustment of the purchase restriction policy to the hot land auction market, Hefei, Anhui, one of the six capital cities in the central region, has recently received good news from the property market. Several provincial capital cities represented by Hefei took the lead in "proofing", which may also inspire the trend of the current round o 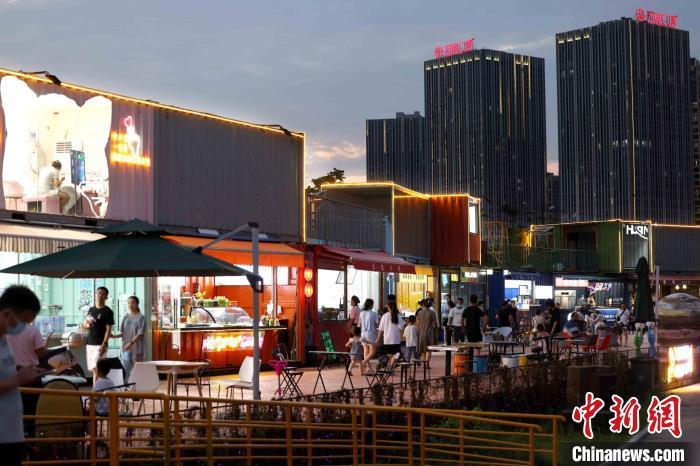 Zhongxin Finance, June 28 (Reporter Zuo Yukun) From the adjustment of the purchase restriction policy to the hot land auction market, Hefei, Anhui, one of the six capital cities in the central region, has recently received good news from the property market.

Several provincial capital cities represented by Hefei took the lead in "proofing", which may also inspire the trend of the current round of property market policies in other cities.

What are the main aspects of property market regulation in major provincial capital cities?

How is the control effect?

The land auction market is often a weather vane that reflects the popularity of real estate.

In the just-concluded first round of centralized land supply in 2022, Hefei seems to be quite proud.

In addition to being among the best in terms of the percentage of land sold at the top and the average premium rate, it also stands out as the only city in which private enterprises take over 50% of the land in the general trend of relying on central state-owned enterprises to support the bottom line.

But Hefei is obviously not satisfied with the popularity of the primary market.

Recently, according to the housing transaction center of Hefei Real Estate Bureau, from June 24, non-Hefei households of non-local residents can buy houses by paying social security and personal tax.

In addition, housing in non-restricted areas is no longer included in the total number of household housing units.

The adjustments in the above four aspects are mainly aimed at the optimization of the purchase restriction policy.

In May of this year, Hefei just released the new policy for the property market: the non-local account has paid 6 months of social security in 2 years (no supplementary payment) to buy a house. The original period was 24 months.

Also attracting attention in Hefei's New Deal is the re-allowance of companies to buy houses.

In the early years, the "Hefei Real Estate Speculators Group" was famous for a while, and many of them were companies buying houses.

You must know that on April 6 last year, Hefei also issued a new policy to stop companies from purchasing commercial housing.

After a lapse of one year, Hefei's move is also a bold move in the context of most cities still prohibiting corporate purchases.

Adjusting the tendency to "do nothing but say it"

Similar traces can also be found in several other provincial capital cities in Hefei's increase in the relaxation of purchase restrictions.

Taking Nanjing as an example, the Nanjing Real Estate Market Transaction Center confirmed to the media that as long as the non-local household registration has paid social security for 6 consecutive months in Nanjing, a house purchase certificate can be issued.

However, there is currently no “official announcement” or specific documents for this policy.

The recent New Deal is obviously an overweight on this basis.

"Such policies will help the positive release of the purchase demand of foreigners, and it also shows that the previous property market stimulus policies have not been effective enough to boost the market, so each city will have further relaxation actions." Research Director of the Think Tank Center of E-House Research Institute Yan Yuejin thinks.

On June 20, the latest policy of the Wuhan Real Estate Exchange Center came. Wuhan household residents who already have 2 houses in the purchase-restricted area can buy 1 new house if they meet the two-child or three-child policy or the parents’ refuge conditions. Housing, that is, a restricted area can have up to 3 dwellings.

Regarding the further purchase restriction in Wuhan, some people commented that it is a "ceiling" for the regulation of the property market in new first-tier cities.

However, Wuhan also continued the style of "doing nothing but not talking". A Wuhan real estate consultant confirmed to a reporter from Zhongxin Finance and Economics, "There is no red-headed document in the new policy now, but the notices we have received have all been in accordance with the 'N+1' set. Invite clients."

Data map: A moment in the morning in Nanjing.

The same as the provincial capital, the effect "has a wall"

From relaxing restrictions on purchases, sales and loans, to lowering down payment and lowering interest rates, according to incomplete statistics, more than 20 provincial capitals and autonomous region capitals have introduced policies to bail out the property market in this round of property market regulation.

The capital city’s action can be traced back as early as March 1. Zhengzhou issued a package of new policies for the property market. The most concerned is the adjustment of the first-home determination standard from “recognizing the house and subsidizing the loan” to “recognizing the house without subsidizing the loan” regulations. To a certain extent, it has broken through the original policy framework of restrictions on purchases and loans, and has the meaning of "shooting the first shot".

Restriction on purchases and sales is my country's current strictly restrictive property market regulation policy, and it is also the core means of tightening real estate regulation.

In addition, reducing the down payment ratio and increasing the limit of provident fund loans and commercial loans have increasingly become the "standard" for the regulation of the property market in provincial capital cities.

Among them, Lanzhou, Yinchuan, Changchun and other places have a minimum down payment ratio of 20%.

Judging from the reality, it is not useless to increase the layout of the provincial capital cities.

On June 16, the National Bureau of Statistics released statistical data on the sales price changes of commercial housing in 70 large and medium-sized cities in May, showing that the recovery of first-tier cities has accelerated, and the market of hot second-tier cities has gradually recovered, especially the new housing prices in cities such as Hangzhou, Chengdu, and Changsha. The index showed a growth trend month-on-month.

But it is also a provincial capital city, and the pace of recovery also follows the differences in the energy levels of strong second-tier and weak second-tier cities.

"After the relaxation of regulation in strong second-tier cities such as Hangzhou, Chengdu, and Nanjing, second-hand housing transactions increased significantly, and the policy effect was strong." Shell Research Institute pointed out, but after the introduction of regulatory policies in weak second-tier cities such as Zhengzhou, Lanzhou, and Harbin, short-term transactions However, the effect of the policy in the later period has weakened and the sustainability is weak.

For example, Hangzhou and Chengdu have relatively strong industries, with continuous inflow of population and strong purchasing power; while the continuous outflow of people from Lanzhou and Harbin increases the difficulty of market clearance.