The total number of new hotel rooms that were opened in Dubai during the 12 months between April 2021 and April 2022 reached 12,324 rooms, an average of 1,027 new rooms per month, according to data issued by the Department of Economy and Tourism in Dubai. 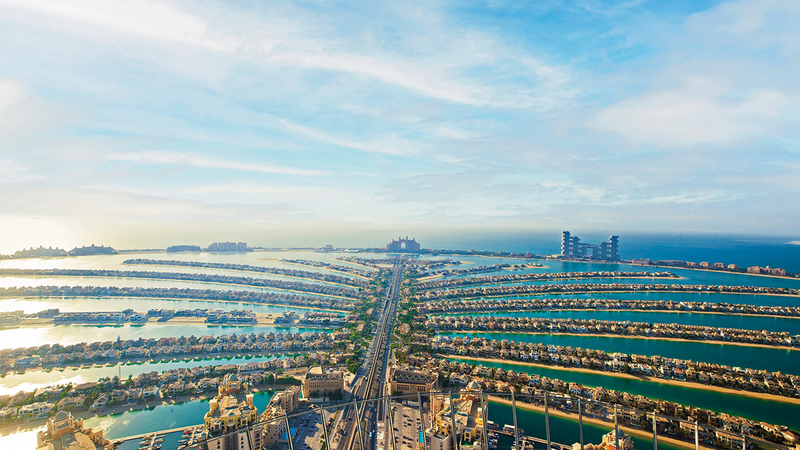 «Economy and Tourism»: an average of 1027 new rooms per month

The total number of new hotel rooms that were opened in Dubai during the 12 months between April 2021 and April 2022 reached 12,324 rooms, an average of 1,027 new rooms per month, according to data issued by the Dubai Department of Economy and Tourism.

The number of rooms

For its part, hotels classified between “three stars” and “one star” accounted for about 19% of the total volume of the hotel market, with a capacity of more than 26,000 hotel rooms within 250 hotel facilities.

In addition, the number of hotel apartments exceeded 25 thousand apartments within 190 facilities, acquiring 18% of the hotel market.

The department's data showed that medium and luxury hotel apartments in the emirate recorded the highest occupancy rate, during the period between January and April 2022, with a rate of 81%, while "four-star" hotels ranked second, with a rate of 76% compared to 75% for hotel establishments. Five-star category, in addition to hotels classified between one and three stars.

Last year, Dubai received 7.28 million international visitors, an increase of 32% compared to the same period in 2020, confirming the importance of the active role it plays in the recovery of the global tourism sector.

According to the department, Dubai continues to provide everything new and distinctive, making each visit a unique experience.

During the year 2021, Dubai was able to open more tourist attractions and entertainment destinations that contribute to increasing its attractiveness to different segments of visitors, among those distinguished projects “Ain Dubai”, “Dip Dive Dubai”, “Hatta Dome Park”, and “The The View at the Palm” on Palm Jumeirah, which in turn adds a real value to the visitor’s experience, in addition to other tourism components of Dubai and its main pillars, including culture, food, entertainment, outdoor adventures, water and beach activities, family experiences, and shopping.

Dubai continues to launch initiatives to ease and facilitate procedures, with the aim of attracting travelers, whether with the aim of tourism or business, in addition to programs that encourage residence and life in Dubai, including visas and new programs, such as a multi-entry visa for five years for foreign employees working in international multinational companies based. Dubai.

The mechanism of work of the "time-sharing law" was also strengthened by launching an electronic portal that facilitates registration procedures and the issuance of necessary permits, in addition to providing information for workers in this sector, as well as for tourists and those interested, which will also contribute to encouraging investments in the vacation ownership sector.

Dubai managed to achieve advanced results in the international indicators for the year 2021, which contributed to enhancing its reputation as a multicultural global city preferred for life and residence, especially as it embraces more than 200 nationalities, as well as making it more attractive to international visitors, as well as investors, talented and creative people in various fields.

According to the results of the "Global Wealth and Lifestyle" report, and the "Julius Baer Lifestyle Index 2021", Dubai has strengthened its position as a global center for luxury, luxury and business, a commercial power and a desirable tourist destination, which led to its rise in the index's classification to occupy the 12th place globally, and the first at the level of the Middle East and Central Asia.

The best place to live and work

Dubai ranked third in the "Global Talent Competitiveness Index", as the best place to live and work.

The UAE also rose 10 ranks to rank fourth as the best global destination to live and work, according to the results of the 14th edition of the annual HSBC Expat Explorer report.

Dubai came in first place as the best global destination, and the first destination for “city lovers,” and fourth for “food lovers” on Trip Advisor’s list of the best accommodation, restaurants and activities that can be done in those destinations around the world over a 12-month period. From November 1, 2020 to October 31, 2021.

Five-star luxury rooms account for 34% of the total hotel market in Dubai.