Brussels gives the green light to the disbursement of 12,000 million for Spain with concern about pensions

The European Commission has given this Monday the go-ahead for the arrival of another 12,000 million euros from the Next Generation program to Spain after verifying that our country has... 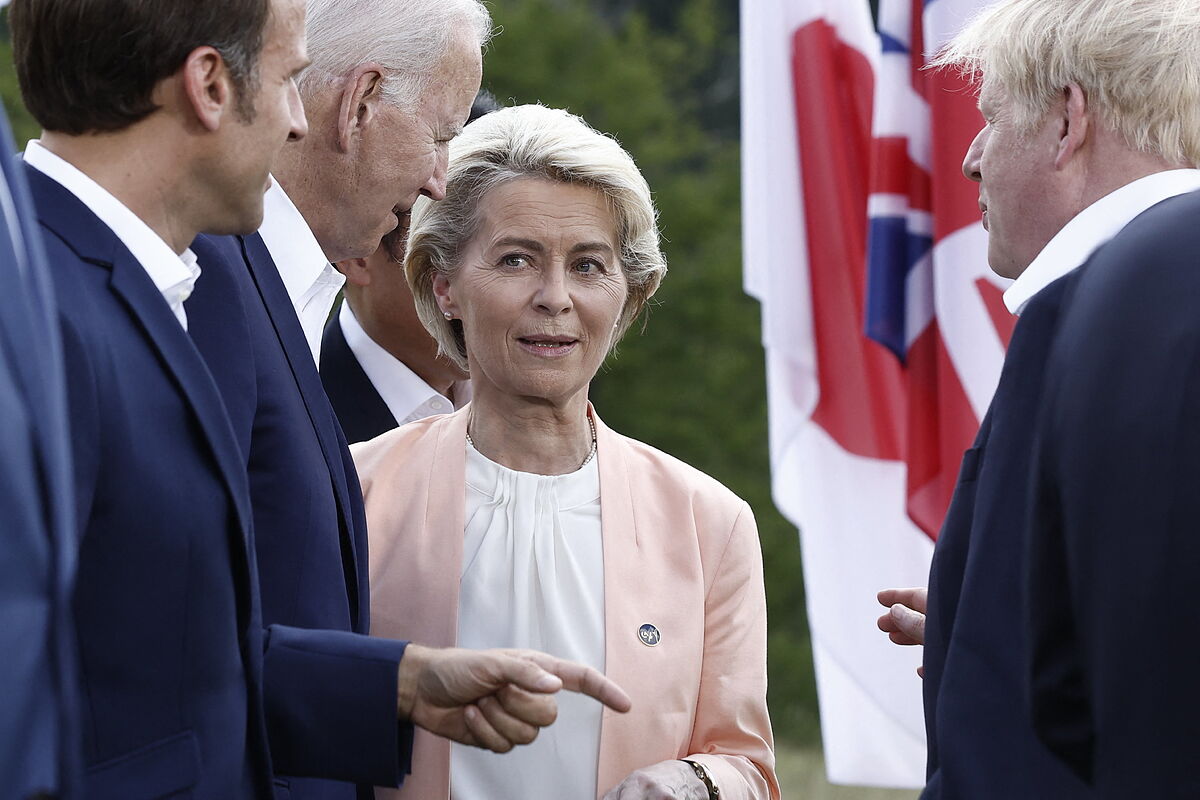 gave the go-ahead for the arrival of another

after confirming that our country has implemented the 40 milestones and reforms necessary to complete this phase, despite the fact that in Brussels there is

about the reform of the public

system and its sustainability, according to sources familiar with the procedure.

The "positive preliminary assessment" is not the final step, as the ball now passes to the so-called

before returning to Ursula von der Leyen's team, but in practice it should be.

The EFC, which includes representatives from all countries, now has a

to make a statement, but since these are deeply technical issues and have the approval of the experts, it should not be more than a formality.

It is therefore expected that

by the end of July

the Commission will be able to

With these additional 12,000 million, Spain will have already received

45% of all that corresponds to it

for now in transfers, which do not count for deficit or public debt.

Although technically it is the Second Disbursement, in practice it is the third, since Spain received the first in July of last year, of

-financing, almost automatically to compensate for the expenses already made against the pandemic since 2020. The second, of

only country that has already requested two disbursements.

Most have ordered one or none.

And there are even two countries, the Netherlands and Hungary, that have not yet submitted their recovery plans or have not been approved.

21 countries have received pre-financing, 10 have requested a disbursement and only five have materialized.

Spain is far ahead of all the others, in theory and practice, and is entrusting a large part of the recovery to these funds.

Brussels is satisfied with the Spanish rhythm.

To receive this second tranche of community funds, it was necessary to meet 40 milestones and reforms, including environmental issues,

and the sustainability of public finances, and it has been done, through new laws, investments, etc.

The technicians do not see problems with what has been done, but they point to the end of the year for the most delicate moment: the

Spain has informed the community authorities that the

indexation of pensions according to the CPI

will mean an increase in public spending of around

and the Commission believes that the calculations are possible.

On the other hand, they believe that the

In this case, the Commission believes that

Spain has been optimistic

and they point out that it is more likely that savings will remain in the lower part of the range.

In any case, given that the Government has decided to approve the pension reform in phases, it will not be until

the end of the year

Brussels evaluates the joint impact of all the measures

: including the reform of the

-employed regime and the

for pension -requirements for requesting the third disbursement- and the measures associated with the fourth disbursement, such as the already approved

that was only agreed with the unions.

The last few months have been very complicated negotiations, tense at times, because the revaluation with a

, putting the sustainability of public accounts at risk.

Risk of receiving only part of the funds

With regard to the

, which consists of increasing Social Security income through an

increase in the social contributions paid by companies

, postponing a future review in case an adjustment is necessary, there is a

about whether it will be enough or not to cushion the increase in spending.

The authorities trust that this measure will be complemented by others that guarantee the sustainability of the system, but if at the time there is no agreement on its effectiveness, the Commission could understand that Spain has not fully complied with the objectives and

only one disbursement could be approved part of the funds.

Spain would stop receiving part of the promised money.

Although Brussels is looking day by day, for the final evaluation it needs all the laws, all the changes, to be approved.

They know that there will be friction, but they do not want to anticipate events while pressing for all the reforms to take into account sustainability in the medium and long term, which is a clear part of the Spanish Plan and a mandatory condition for the rest of the payments.

In the next six months

, Moncloa will have to carry out what is pending

and also make its own evaluation of fiscal sustainability, a process that seems complicated in the face of a hot autumn of economic hangover.

On the other hand, throughout this week,

must publish its final calculations on the

real impact of the pandemic on the GDP of the 27

, something that will be key to

retouching the distribution of

in transfers, but now, with those estimates revised, it will be able to receive much more.

Given this increase in the allocation,

in which an allocation is proposed for the new item.

In addition, it seems that the Government has also decided to make use of the item of

Until now they had not been requested because market conditions were good, but with interest rates rising and risk premiums waking up, it may be a good way to face the next 12 months of turbulence, as this media reported today.