Long queues, frustration and fatigue among passengers due to the Ryanair strike

The third day of the strike of the cabin crew (TCP) of the Ryanair company has left long queues of passengers since early this Sunday morning... 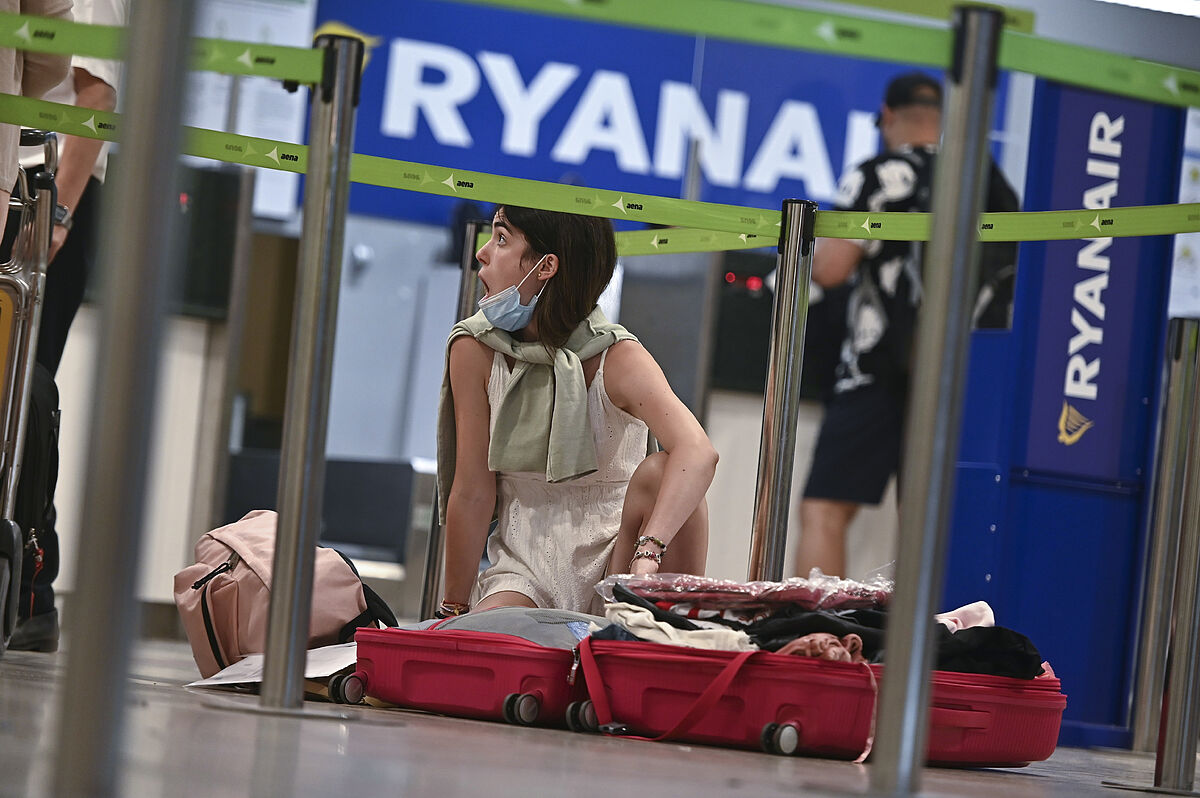 since early this Sunday morning.

More than a hundred families, solo travelers and groups of friends - most of them foreigners - waited from early in the morning for several hours to claim an alternative solution for the cancellation of their flight, something that has generated

a lot of anger among the clients of the company

left with the car at 01:30 in the morning from Andújar (Jaén) to

to catch a flight that left at 08:00 and visit their son in Nottingham (United Kingdom) , but it has also been canceled and they have been queuing for about three hours to find a solution.

For Dolores it is "a total disaster" while for her husband it is "a bitch who does not have sufficient compensation" since they had paid for the transport from the British airport to their accommodation and hotel and now they fear that on their return flight -the June 30-the strike also catches them if they manage to travel.

through audio or read a book to make time go by faster.

, a 34-year-old from Malaysia, is one of the last in line to claim the cancellation of his flight -which left at 06:55- to

, in the United Kingdom, the city where he was going to go to his younger brother's graduation and says he is "very tired and frustrated" and that the company

has not offered them anything to eat

despite being in line for three hours.

to meet up with some friends and his flight was supposed to leave at 7 in the morning, but when the time to board approached they delayed the flight and it was later cancelled, which has made the man

save more two and a half hours of queuing "miles long"

to find a solution that he does not believe is "close".

to then move to

her place of residence, after two weeks in her native Nerja and assures that

should not have accepted the purchase of the flights knowing that many of them were going to be canceled due to the strike.

"With this company I never travel again," says

after four hours in line and wonders what value the right of customers has for the company, who

are also "people and want to go home

Sixteen flights to or from

to the Costa del Sol Airport were canceled yesterday, Saturday, in the second day of the strike by the cabin crew of the

company , called by the USO and Siptcla unions.