Cyworld "I will give access to the bereaved family"... Reignition of 'digital heritage'

Cyworld, which has recently returned, has started a service to deliver the posts of deceased members to the bereaved family. However, only posts that are set to public can be viewed. 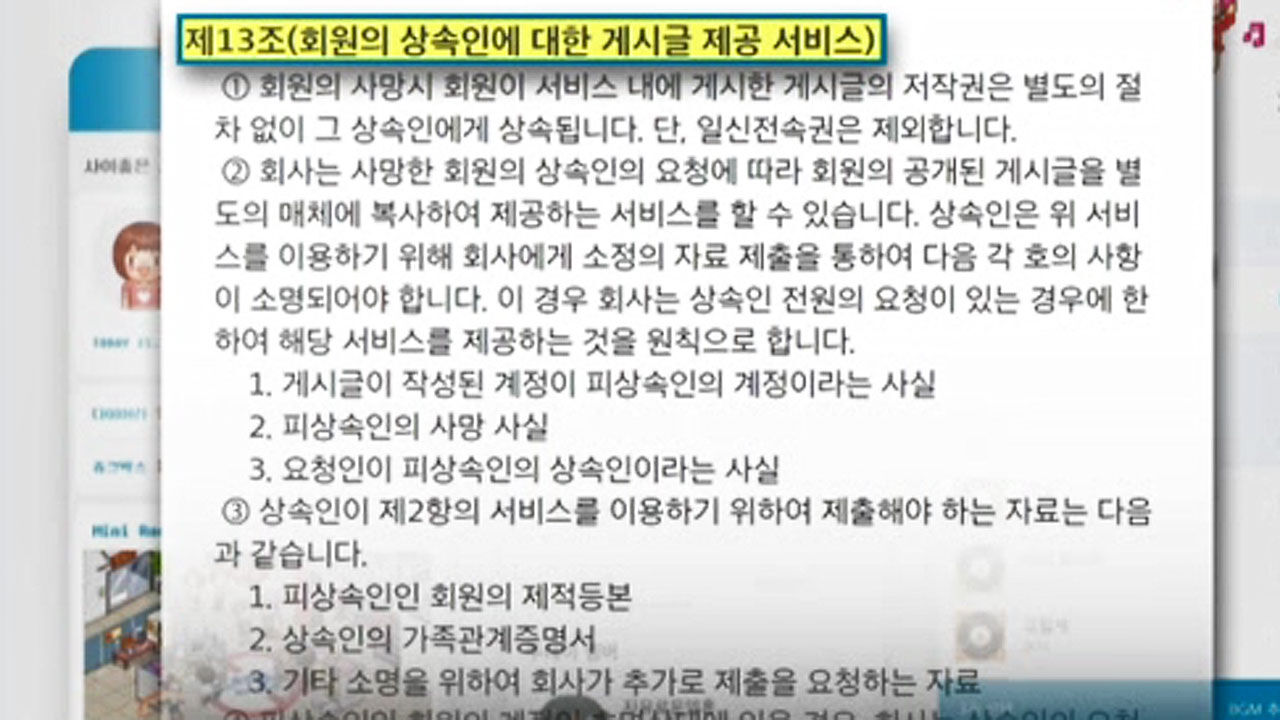 Cyworld, which has recently returned, has started a service to deliver the posts of deceased members to the bereaved family.

However, only posts that are set to public can be viewed.

As such, it seems that the debate over the 'digital heritage' left by the deceased, such as how far to disclose and to whom, will begin again.

Cyworld, which remained as a memorable SNS, recently reopened.

Among the information stored on the server, there are also a lot of posts by members who have already died.

However, we do not provide all posts, but we have attached the proviso that "only posts that are set to public will be delivered once the inheritance relationship is confirmed".

It is that the material that is made public or private is not subject to provision.

Rights Protection Service': I know that family handles memorabilia, so it's okay for families to handle photos as well (I think.)]

Regarding the disclosure), I think it is better not to disclose it recklessly because we cannot hear the current position.]

Cyworld explained, "There are many requests from the bereaved family, so we have started to protect the digital inheritance right."

The traces that a person leaves on the digital until they die are called 'digital heritage', and the Cyworld service is expected to intensify the discussion.

[Seung-Joo Kim/Professor, Graduate School of Information Security, Korea University: We need to experiment with a service that allows you to designate something like ‘I will let this person see my account after I die’, and we need to discuss it seriously later.

] However, there are also voices calling for legislation to be passed through social discussions beyond the terms and conditions.