All the measures of the anti-crisis decree: another 9,000 million in the face of the impotence to curb inflation

Pedro Sánchez announced at the press conference after the Council of Ministers held this Saturday an "extraordinary effort from the point of view... 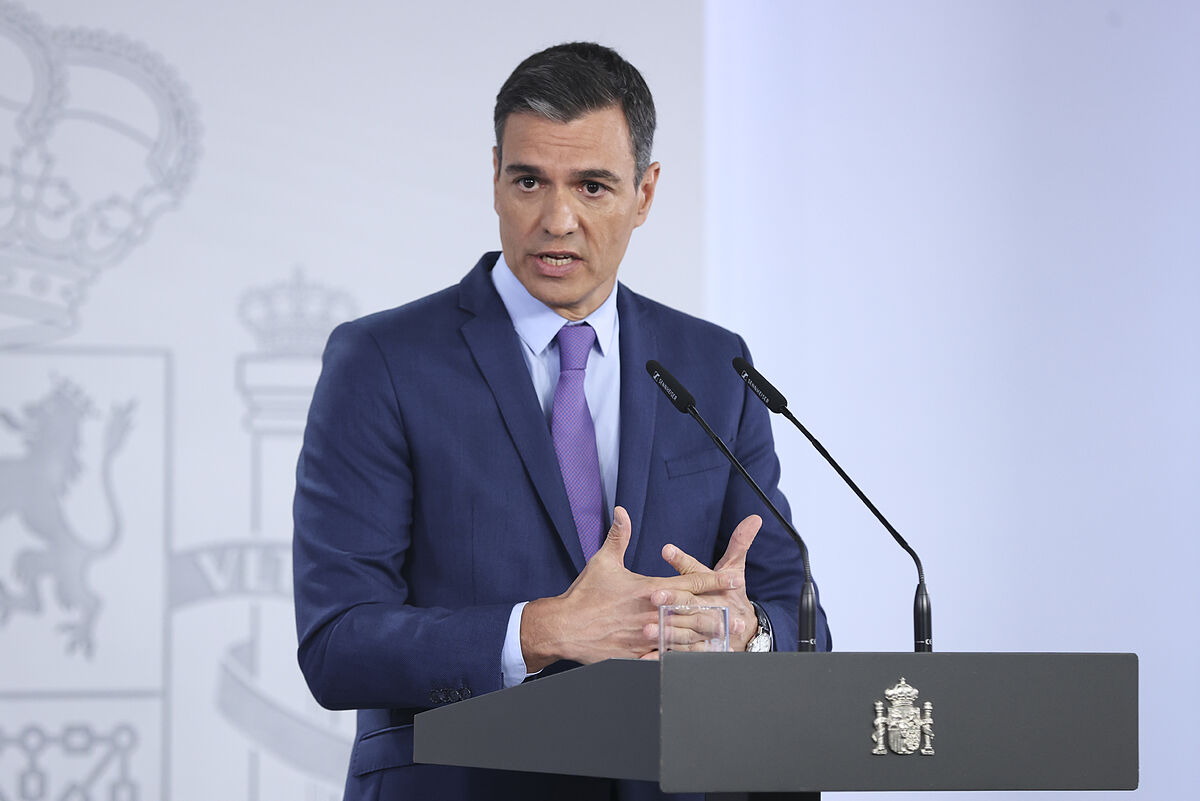 Pedro Sánchez announced at the press conference after the Council of Ministers held this Saturday an "extraordinary effort from the budget point of view", more than 9,000 million euros between the

, a new package aimed, once again, at fighting inflation.

The rise in prices, with a CPI of 8.7% year-on-year in May, has become an unexpected element of opposition that has not been contained by the Executive.

The President of the Government assures that, were it not for his measures, current inflation would be 3.5 points higher, an estimate higher even than the last ones provided by the economic vice president, Nadia Calviño.

"The problem of inflation continues to affect families, companies, industries," said Sánchez at the beginning of his speech.

The cap on gas designed with Portugal and approved in Brussels

(barely a third of the range between 15% and 20% guaranteed by the Executive) and the fuel discount The one that all drivers enjoy already seems to fall short of some groups, such as truckers who meet this Sunday to shuffle whether they resume the stoppages.

In addition, the Government is "

, as advocated by United We Can.

Yolanda Díaz has requested "an extra contribution" for the electricity and oil companies with an increase of "10 points" in the type of companies "to raise between 1,500 million and 2,000 million euros," according to the second vice president in her account. Twitter.

At the moment, the tax does not exist and it is not known how it will be articulated, but in one way or another, it will be in force next year, Sánchez guaranteed.

In fact, although the tax will be payable from January 1, 2023, it will affect the benefits harvested in 2022, as EL MUNDO has already published.

Faced with criticism from the Labor Minister of the "exorbitant benefits at the expense of the people" that energy companies would be obtaining, Sánchez already stressed this Thursday at the European Council in Brussels that he would seek "

, specific aid to affected sectors, such as transportation and primary activity".

From the Department of the Treasury, an express examination of the possibilities of this new pit has been made to the energy companies, which since last September have already reduced their extraordinary benefits in incorporated or renewed contracts.

In the department of María Jesús Montero they accepted the tax change, but they have been ruling out any haste, fearing that a crack in the regulations would lead the affected companies to take the measure to court.

Finally, the president has announced that there will be a bill for this new tax to come into force on January 1, 2023. "

The burdens of this painful situation must be distributed fairly

", The president has justified. That is to say, the times requested by Montero will be respected but Díaz's request is compromised.

Among those "selective tax rebates" for which Sánchez advocates, the drop in VAT on electricity from 10% to 5% does not seem to fit, which will affect consumers with any type of income, high or low, and which the president has definitely put on the table this Saturday.

In fact, in United We Can and in a large part of the PSOE, this tax reduction that was already proposed by Alberto Núñez Feijóo does not arouse special sympathy.

"We are reducing the taxes linked to the electricity bill by 80%", said Sánchez.

The VAT reduction should mean savings of 220 million euros each quarter for citizens, and, according to the Executive's calculations, the savings from the initial 21% VAT to the new 5% would reach 600 million per quarter.

The tax reduction in electricity would reach 1,800 million quarterly if the still valid reduction in the special tax on electricity (at the minimum allowed of 0.5%) and the abolition of the tax on the value of electricity production (which was of 7%).

, on which the Government has been maintaining the difficulty of making the "income bias" that Díaz demands at gas stations.

The European Commission, the IMF, the ECB, the Bank of Spain and the CES have spoken in line with Díaz, although other countries such as France, which was one of the models for the Sánchez Executive, applied these aids in a similar way to the Spanish.

The Executive has repeatedly stated that it needed an "agile" way to grant the discount, but it has been applied for two months and it does not seem that it will be reconfigured to focus on the less wealthy classes.

Already on Thursday, the president announced that the extension of the anti-crisis decree for the war in Ukraine would be extended until the end of the year, a longer period that tries to adapt to the prolongation of the conflict and the few encouraging economic derivatives: inflation is irremediably contagious (the core figure that excludes electricity and food reached 4.9% year-on-year in May) and growth is slowing down (0.2% increase in GDP in the first quarter of the year compared to the 0.3% expected), with the consequent risk of stagflation that leaves central banks in a difficult position.

The ECB has already had to raise interest rates to try to contain the escalation in prices,