“Scarce goods”: how Germany announced an alarm mode due to a reduction in gas supplies from Russia

Germany has announced a state of alarm as part of an emergency plan for gas due to a reduction in the pumping of fuel through the Nord Stream. Berlin is asking citizens and businesses to reduce their consumption of raw materials so that the country can survive next winter. At the same time, the German authorities accuse Russia of deliberately reducing supplies and trying to artificially raise prices to split German society. Moscow explains the current situation by the sanctions of the West itself against Gazprom. To get out of the gas crisis, Germany needs to bypass the restrictions of its overseas partners or agree on the removal of restrictions against Russia, experts are sure. However, Europe has not yet been able to make progress on this issue. 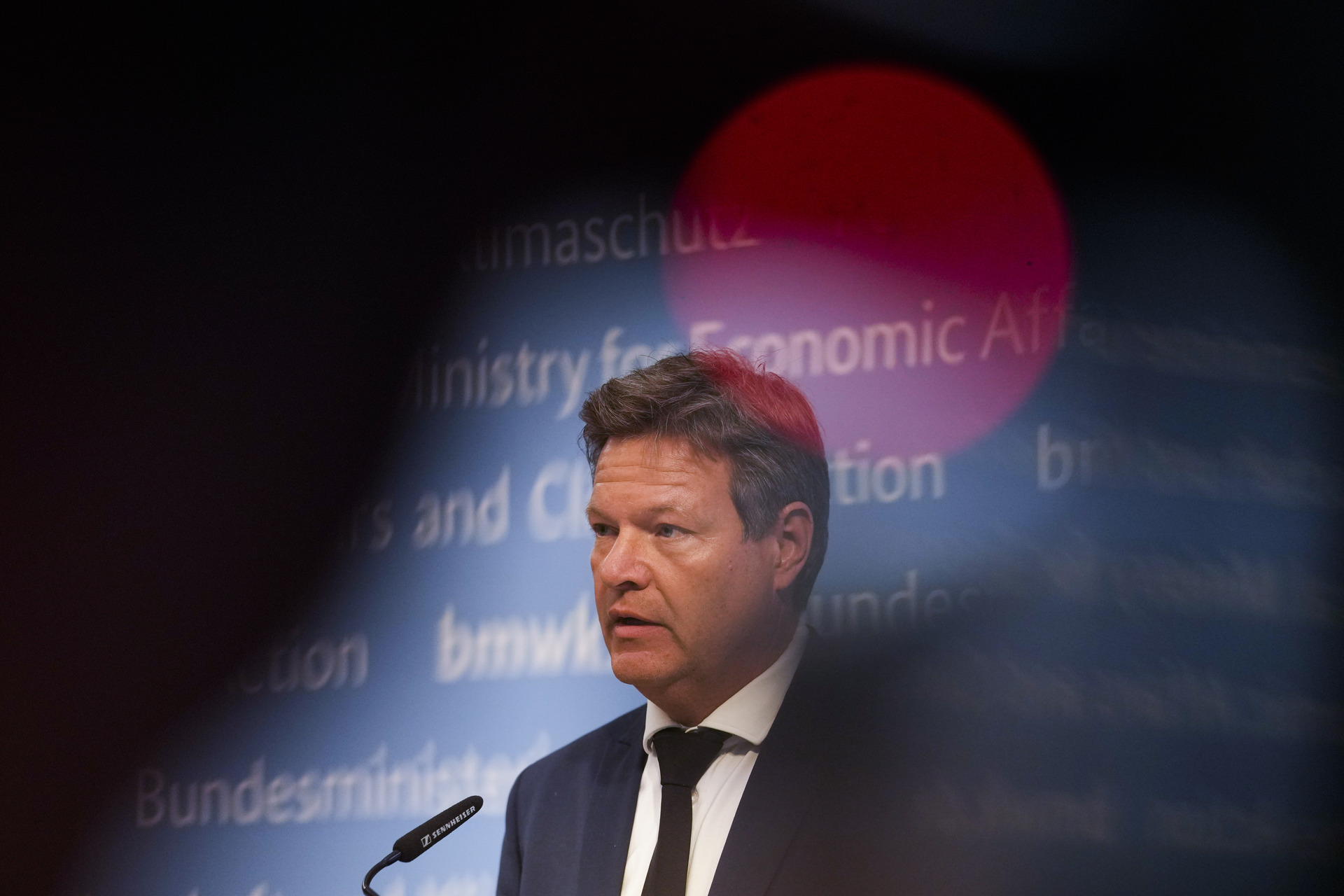 In Germany, the second level of the emergency plan for gas has been announced.

This was announced on Thursday, June 23, by the Ministry of Economy and Climate Protection of the country.

“Currently, there are interruptions in gas supplies, which leads to a significant deterioration in the situation with gas supply.

This necessitates the declaration of the alarm mode.

European partners have been informed about this step,” the agency said in a statement.

It should be noted that in total, the German emergency gas plan provides for three critical stages.

The first implies an early warning stage, the second - the level of alert, and the third - the introduction of a state of emergency.

The German authorities launched the first phase at the end of March, after Russia announced the transfer of payment for the supply of its gas to rubles.

It was decided to introduce the alarm mode against the background of a sharp decrease in the pumping of Russian fuel to Germany from mid-June and an increase in raw material prices, the German Ministry of Economy specified.

“We are experiencing a gas crisis.

From now on, gas is a scarce commodity.

Prices have already skyrocketed and we need to prepare for further increases.

This will affect industrial production and put a heavy burden on many consumers.

This is an external shock,” said Minister Robert Habek.

According to him, in the next few months, energy conservation will become a priority for the country.

Under these conditions, the minister called on industries, government agencies and ordinary citizens to reduce gas consumption as much as possible so that the country can survive the next winter.

Recall that on June 14, Gazprom announced a forced reduction in fuel pumping through the Nord Stream pipeline.

The reason for such a step in the corporation was the untimely return of gas compressor units from repair by the German company Siemens and the identified technical malfunctions of engines at the Portovaya compressor station.

Later, Gazprom announced the shutdown of another Siemens gas turbine engine due to the end of the overhaul period before overhaul.

As a result, the productivity of the Portovaya compressor station more than halved, from the planned volume of 167 million cubic meters.

m per day up to 67 million cubic meters.

Thus, the pumping of gas from Russia to Germany via Nord Stream has decreased to 40% of the total capacity of the pipeline.

At the same time, in Berlin, the current situation is explained by the political motives of Moscow.

“The reduction in gas supplies is Putin's economic attack on us.

Obviously, Putin's strategy is to create uncertainty, cause prices to rise and split us as a society, ”said Robert Habek.

However, in Gazprom, the problems with gas supplies that have arisen are associated with the “sanction confusion” of the West itself.

As the head of the company, Alexey Miller, noted earlier, the German Siemens carries out maintenance of engines at only one plant in Canada.

And Ottawa has imposed restrictions against Gazprom, and now Siemens cannot take already repaired engines from the Canadian side.

“Today, there is no way to solve the problem that has arisen at the Portovaya compressor station.

Siemens is silent for now.

Trying to find these solutions.

But there is no solution.

Of course, Gazprom is reducing the volume of gas supplies to Europe,” Miller said at the St. Petersburg International Economic Forum.

The Kremlin, meanwhile, found it strange to intertwine politics with the issue of reducing gas supplies.

As presidential press secretary Dmitry Peskov said on Thursday, Russia remains a reliable supplier of energy resources to Europe and strictly fulfills its obligations, and the current problem is of a technological nature.

“Everything is very obvious, there is no double bottom here.

Our German counterparts are well aware of the entire technological cycle of gas pipeline maintenance.

This has been working properly and flawlessly for many years,” Peskov added.

"It's easier to finish off your economy"

The transition to the second level of the emergency plan for gas indicates a gradual start of panic in the leadership of Germany, says Nikolay Vavilov, an expert in the strategic research department at Total Research.

According to him, fuel prices in the EU are hitting multi-year records, against which the ratings of European political leaders continue to steadily fall.

“At the same time, the Bundestag has to lend to energy companies to buy gas.

The only problem is that there is really nothing to buy right now: due to problems with the delivery of turbines, pumping gets up, and not through the fault of Russia.

And the LNG offered by Canada will not help, since the infrastructure of Germany is tailored for Russian gas, ”Vavilov believes.

As the expert noted, in order to get out of the situation, it is necessary to review the sanctions themselves or find a way to circumvent them.

However, Germany and Canada cannot yet reach a compromise on this issue, so the process may drag out in time, the expert believes.

A similar point of view is shared by BitRiver financial analyst Vladislav Antonov.

“Europe should stop listening to the United States, remove the restrictions imposed on Russia and restore the previous volumes of oil and gas imports.

However, EU politicians live in their own reality, where such decisions are not feasible.

It is easier for them to finish off their economy than to lift sanctions to resolve the energy crisis,” Antonov said.

As Kirill Melnikov, head of the Energy Development Center, told RT, as part of the announced alarm mode, sales companies will unscheduledly raise gas prices for consumers, which could lead to a decrease in demand.

At the same time, in the event of the introduction of the third stage of the emergency plan, the German authorities will resort to shutting down enterprises or forcibly reducing the supply of fuel for industry.

“Gas prices are likely to remain at their current high levels if Nord Stream deliveries do not increase.

If the pumping of raw materials through the pipeline decreases even more, the cost of fuel will increase sharply.

The German industry will be seriously affected due to high prices, GDP growth rates may slow down significantly by the end of the year, especially if the storage facilities are not filled, ”Melnikov added.

It should be noted that over the past nine days, since the decrease in gas transportation through Nord Stream, the cost of raw materials in the European market has grown by almost 60% and is now close to €133 per MWh, or about $1,440 per 1,000 cubic meters.

At the same time, at the auction on June 16, quotations briefly exceeded $1.6 thousand per 1 thousand cubic meters.

“The blockade of the Kaliningrad region by Lithuania adds fuel to the fire.

If this situation gets out of control, Russia could immediately stop gas supplies to Europe altogether.

Then prices can reach up to $5,000 per 1,000 cubic meters, which will not only be a shock for the European economy, it will be a disaster, since absolutely all production will stop,” Nikolai Vavilov added.

In the event of such a rush increase in gas prices, the European Union will be forced to sharply increase oil consumption, the analyst believes.

However, in connection with the embargo on the import of this energy resource from Russia, the cost of a barrel could rise to $200, the specialist did not rule out.

It is curious that in order to overcome the gas crisis, the European authorities have been offering their citizens to lower the heating temperature for several months now.

With such an appeal to the inhabitants of the EU, in particular, the head of the European Commission, Ursula von der Leyen, addressed.

“If we reduce the heating temperature by two degrees on average in Europe or (change the temperature. -

) air conditioners, Europe will replace all supplies via Nord Stream,” von der Leyen suggested in an interview with the Spanish newspaper El Diario.

In response to the statements of the head of the EC, State Duma Chairman Vyacheslav Volodin jokingly warned of the imminent emergence of a new method of measuring temperature in Europe.

According to him, in addition to Celsius, Kelvin and Fahrenheit, a new scale may appear in the region - according to Ursula.

“According to Ursula, the Europeans must reduce the temperature by another ten degrees, abandoning the gas pipelines of the Ukrainian corridor, the Turkish Stream, the Druzhba oil pipeline.

And another degree, having stopped buying coal from Russia.

It is right for the leadership of the European Union, including Ursula, to lower the degree in their heads so that citizens of European countries do not suffer because of them, ”Volodin wrote in his Telegram channel.

Analysts interviewed by RT are also skeptical about the proposal of the head of the European Commission.

According to Nikolai Vavilov, a few degrees drop in temperature in residential buildings will not affect the consumption of electricity for cooking and water heating, as well as the operation of industrial enterprises and shops.

“The only thing this can affect is a small increase in SARS and very modest savings on utilities.

However, de facto there will be almost no sense from this, ”the specialist emphasized.

As experts of the International Energy Agency previously calculated, in theory, reducing the temperature of space heating by 1 ° C should help Europe save about 10 billion cubic meters of gas per year.

However, it is almost impossible to force consumers to take such a measure, Kirill Melnikov is sure.

“We can only talk about encouraging citizens to do this through high gas prices.

However, studies show that the effect of high prices on consumer behavior remains ambiguous.

If the night is cold, heating is turned on regardless of the cost.

Therefore, it is the climatic factor in winter that will affect consumption more than any measures of the EU authorities,” Melnikov concluded.