Even the dollar value of 1,300 won has been breached... The effect on defense is 'Mimi'

The uneasy won-dollar exchange rate eventually exceeded 1,300 won. It is the first time in 13 years since the global financial crisis occurred in 2009 that the dollar rose to 1,300 won. 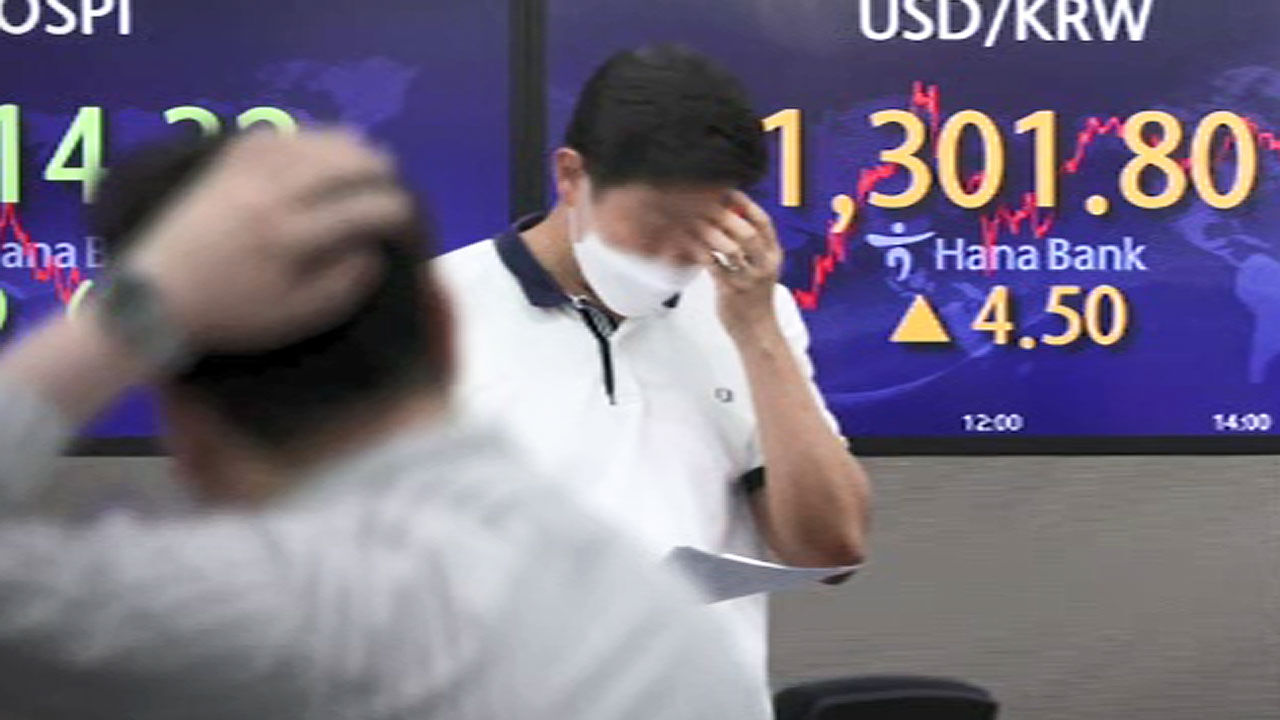 It is the first time in 13 years since the global financial crisis occurred in 2009 that the dollar rose to 1,300 won.

The government continues to loosen the dollar in the market, but it is not enough to keep up with the rising exchange rate.

won-dollar exchange rate exceeded 1,300 won within 10 minutes of the opening of the foreign exchange market.

Although the government hastily responded with warning remarks,

[Chu Kyung-ho/Deputy Prime Minister of Economy: In order to minimize negative effects such as market instability caused by the exchange rate rise, we plan to make policy efforts to compensate for the supply-demand imbalance in the market. .]

After only pressing the uptrend for a while, it ended up closing at 1,301.8 won.

It is the highest level in 13 years since July 2009, during the global financial crisis.

This unsettling trend is likely to continue for some time.

Because investors around the world are selling gold and major foreign currencies, looking only for dollars.

The dollar index, which measures the value of the dollar against six major currencies, including the euro and yen, has soared to its highest level in 20 years.

Of particular concern is the speed of the climb.

This is because the steeper the exchange rate jumps, the faster foreign investors leave, and the price of imports can jump to the ceiling.

The government is trying to defend the price by loosening the dollar in the market, but it is revealing its limits.

In fact, Korea's foreign exchange reserves have been declining since this year, but the strength of the dollar is a global phenomenon, so there is no significant effect.

[Seo Jeong-hoon / Senior Expert at Hana Bank: Under the 1,200 won range, verbal intervention has continued since then.

I think the actual intervention was also carried out.

The exchange rate is rising, so we have to sell our foreign exchange reserves.] The

The KOSPI index fell by 1.2% and the KOSDAQ index by 4.3% once again, breaking new annual lows.

Powell, who drew the line of

'double high' ▶ 'stagnation' as the exchange rate soared in the price of raw materials ...

First recognition of "possibility" in a week