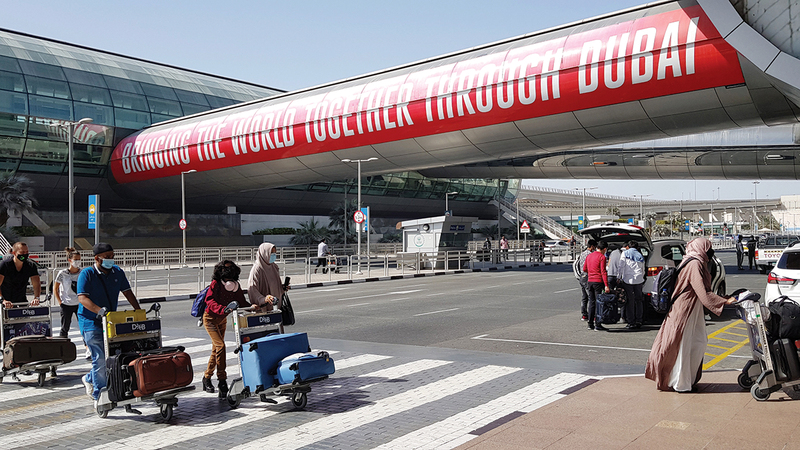 According to data obtained by "Emirates Today", Dubai International Airport recorded more than 4.97 million passengers during last May alone, the second highest number recorded since the "Covid-19" pandemic, compared to about 1.47 million in the same month last year. With a growth rate of about 238%.

1st in the world

It is noteworthy that Dubai International Airport has maintained the first position as the busiest international airport around the world for the eighth year in a row, receiving 29.1 million passengers during 2021, and it also tops the list of the largest airports in terms of scheduled seat capacity on international flights.

Dubai International has recorded strong growth rates in passenger traffic in recent months, which prompted Dubai Airports Corporation to raise its expectations for the number of passengers this year to 58.3 million passengers.

The Foundation also expected that the airport would witness a strong movement in conjunction with the start of school holidays and the Eid al-Adha holiday.

Based on the expected numbers, Dubai Airports has completed the northern runway renovation project, and opened it before the peak travel period.