Yesterday, the "Make in the UAE Forum: Investment.. Partnership.. Growth", which was organized by the Ministry of Industry and Advanced Technology in cooperation with the Department of Economic Development, concluded yesterday, and lasted for two days, with the attendance of 1,800 representatives of the industrial sector and investors, and the participation of 24 exhibitors from major Chinese companies 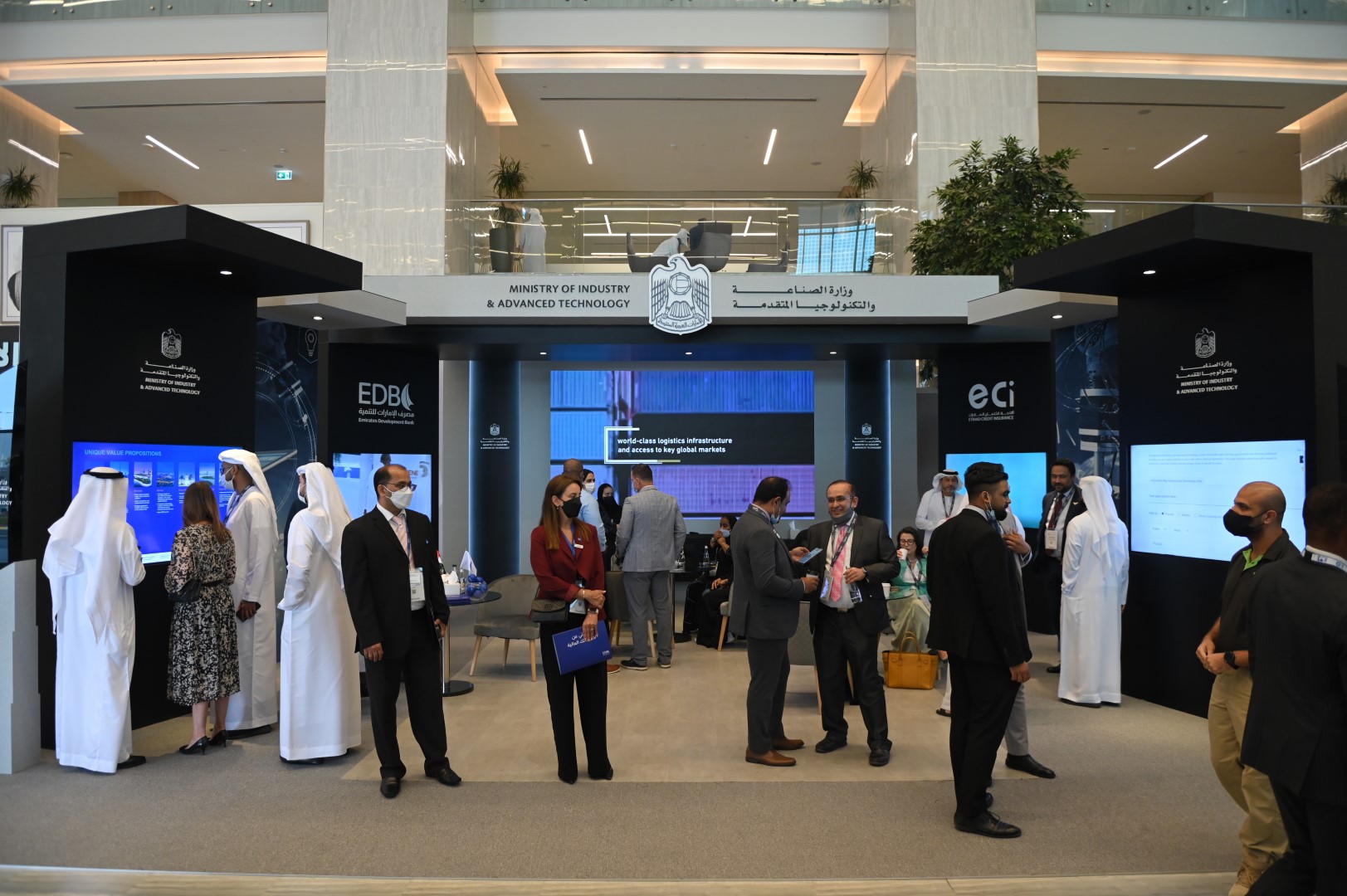 Yesterday, the "Make in the UAE Forum: Investment.. Partnership.. Growth", which was organized by the Ministry of Industry and Advanced Technology in cooperation with the Department of Economic Development, concluded yesterday, and lasted for two days, with the attendance of 1,800 representatives of the industrial sector and investors, and the participation of 24 exhibitors from major industrial companies and government agencies and financial institutions in the UAE.

The major participating national companies announced their commitment to provide 110 billion dirhams through potential purchase agreements. The forum witnessed a review of opportunities to increase manufacturing in 11 key industrial sectors, and more than 300 products are offered for local manufacturing, which will contribute an amount of 6 billion dirhams annually to the country's GDP.

The forum also witnessed the signing of 32 agreements and memoranda of understanding between government agencies and industrial and financing companies, to diversify and sustain the industrial sector and enhance its contribution to the national economy.

During the forum, a set of new opportunities and incentives for manufacturers in the country were announced, ranging from reducing industrial fees to companies, tariffs for services provided to the local industry sector, and facilitating the entry of Emirati products to new markets.

Among the incentives that were reviewed are financing of up to 80% of capital expenditures at low interest rates, with grace periods of two years, and a repayment period of up to 15 years, in addition to facilitating manufacturers’ access to bank financing sources such as soft loans, trade finance and credit solutions to support exports and granted by Before Etihad Export Credit and Abu Dhabi Export Support Office.

The incentives that were reviewed included a set of additional enabling factors, starting from incentive programs for reduced electricity fees provided by the Department of Economic Development in Abu Dhabi, to 25% discounts on land and office rents provided by the Khalifa Industrial City “Kizad”, with a grace period of up to 18 months. On renting land in the phase of establishing the factory in the industrial city of Tawazun, in addition to many other advantages such as the availability of infrastructure, logistics, the ability to reach new markets through trade agreements, and buying opportunities from future demand.

Access to concessional financing through 7 national and foreign financing institutions.

The activities of the second day of the forum witnessed a number of government and private companies presenting a set of presentations, the most prominent of which was the presentation of the Abu Dhabi National Oil Company "ADNOC", which included a number of industrial investment opportunities related to mechanical products, air conditioners, pipe products, fittings, valves, electrical appliances, control and communications products. and those related to technology products, as well as other presentations presented by PureHealth, Etihad Airways, Emirates Global Aluminium, Edge Group, Baker Hughes International for Industrial Services, Abu Dhabi Fund for Development, and "Tazez", in addition to a number of other presentations The forum witnessed during its first day, aimed at empowering the industrial sector and advanced technology in the country, aiming to support efforts to diversify and develop the national economy.

During its two days, the forum witnessed the signing of 32 agreements and memoranda of understanding between government agencies and leading industrial companies. The most prominent of these agreements is the signing of the Abu Dhabi National Oil Company "ADNOC", as a major driver of industrial growth in the UAE, agreements worth 21 billion dirhams with a number of local and international companies to provide a percentage of From its needs that it plans to buy from locally manufactured products and materials.

As part of the forum’s activities, an accompanying exhibition was held in which 24 government agencies, leading national companies, and financing institutions participated, during which many promising industrial opportunities were announced, during which some government agencies provided a set of enabling incentives, such as financing a large proportion of capital expenditures for projects with longer grace periods to repay. Loans, with less than normal interest, and financing solutions with the participation of 7 major financing institutions, namely the Emirates Development Bank, First Abu Dhabi Bank, Abu Dhabi Commercial Bank, Union for Export Credit, Abu Dhabi Fund for Development, Abu Dhabi Islamic Bank, and HSBC, and Standard Chartered.