Outlets offer discounts of up to 75% during the summer

Retail markets witnessed the launch of outlets for expanded discount offers linked to the summer season. "Emirates Today" monitored discount offers in the markets at rates ranging between 20 and 75%, including food and consumer goods. 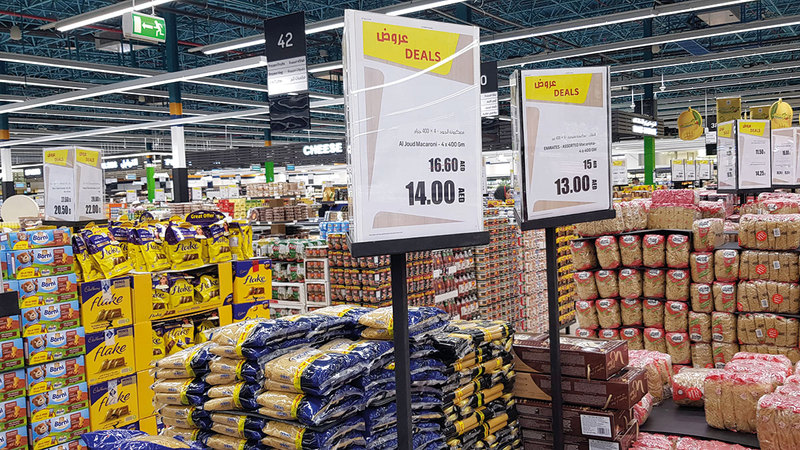 Outlets offer discounts of up to 75% during the summer

And «Emirates Today» monitored offers of discounts in the markets, with rates ranging between 20 and 75%, which included food and consumer goods.

Director of Community Relations at Sharjah Cooperative, Faisal Khaled Al Naboodah, said that the summer season was one of the factors that motivated many outlets to offer expanded discounts, pointing out that the cooperative offered discounts of up to 50%, including food commodities and consumer products.

He added that a large number of consumers are currently buying in preparation for the summer holidays, whether related to travel or vacation within the country, which has strengthened competition between sales outlets to provide discounted goods.

He explained that the "Sharjah Coop" offered offers on products related to beach picnics, travel bags, gifts, sweets and chocolates, pointing out that the summer sale will include the cooperative's e-commerce platform.

He said that the discount offers will continue until the end of August 2022, and with the start of the new school year approaching, they will also include special weekly campaigns at the end of each week.

For his part, the official spokesman for the centers of the "Aswaaq" group, which is affiliated with the "Governmental Investment Corporation of Dubai", Abdul Hamid Al-Khashabi, said that the group had put forward offers on the occasion of the summer season, including discounts of more than 30% on food and non-food commodities.

He attributed the tendency of a number of sales outlets to offer discount offers during the summer season to the increase in shopping operations during that period, and the purchase of gifts and travel supplies, pointing out that the discounts will continue through successive campaigns until the end of the season, and will include special offers for Eid Al-Adha.

In the same context, Nanda Kumar, Director of Corporate Communications at "LuLu Group International", said that the group offered offers under the name "Big Summer Sale", and included discounts ranging between 25 and 75%, and included fashion, women's bags, sunglasses, and children's supplies. .

He stressed that the summer discounts will be offered extensively during the coming periods, through successive campaigns, until the end of the season, in line with the movement of consumer demand.

8 campaigns For his part, the Senior Director of the Marketing and Media Department at the Union Coop, Shuaib Abdullah Al Hammadi, said that the “Coop” launched eight discount campaigns during this June, with rates of up to 75%, and covering about 5,000 commodities, in what will be monthly and weekly campaigns during the period. coming.

He stressed that the discounts include the basic commodities most consumed by shoppers, including vegetables, fruits, juices, water, dairy products, meat, sweets, spices, rice and oil.

The retail trade expert, Ibrahim Al-Bahr, said that the competitiveness indicators in the retail trade sector witnessed a significant increase during the recent period among sales outlets, which is among the most prominent changes that appeared in the sector from the effects of the “Covid-19” pandemic.

He added, "This was clearly demonstrated through the offers of extended discounts for the summer season, which is one of the main catalysts in the shopping sector, which enhances the competitiveness of sales outlets to raise their sales shares during that period."