The message sent on Wednesday by the European Central Bank (ECB) did not produce the expected result in the markets this Thursday and, although the risk premiums of the... 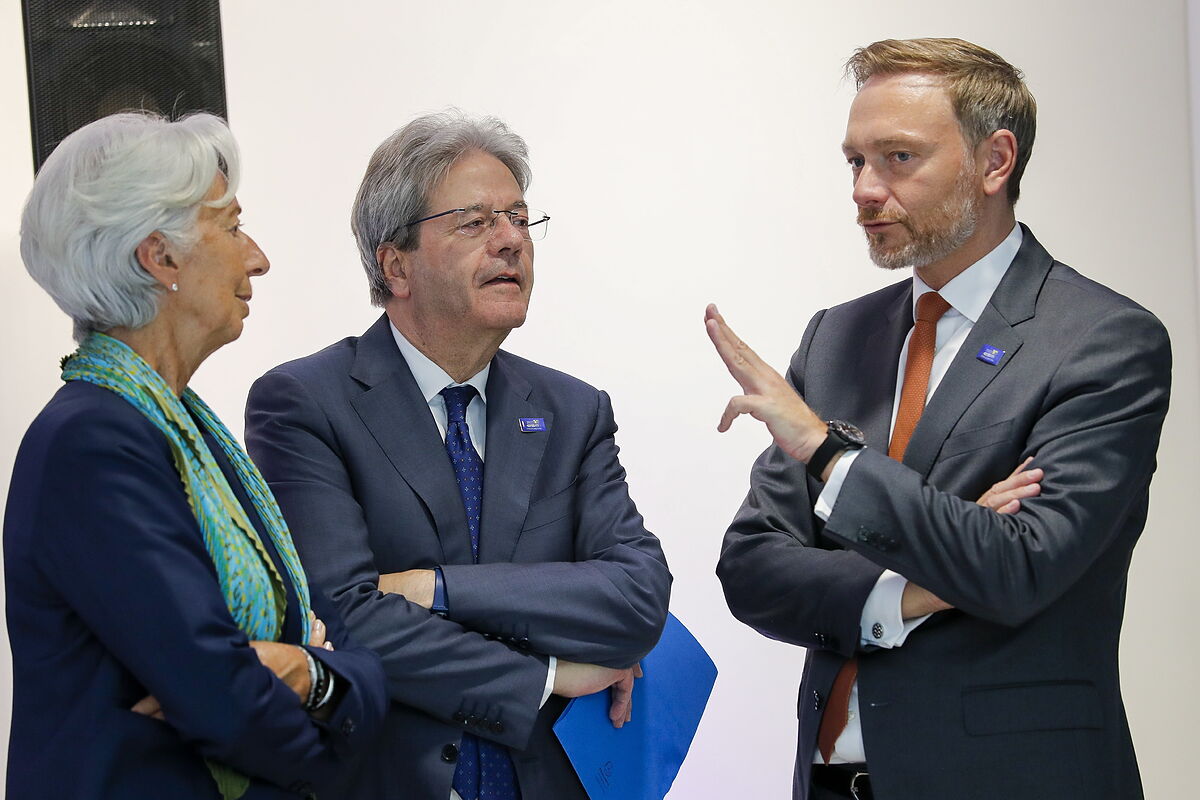 The message sent on Wednesday by the

did not produce the expected result on Thursday in the markets and, although the risk premiums of the countries of southern Europe -such as Spain or Italy- fell,

the return required of their debt rose again

to levels not seen for eight years.

Faced with this market reaction, countries such as

Germany, Austria or the Netherlands

reminded their southern neighbors of the importance of

cutting their debt and deficit levels

if they want to avoid a debt crisis.

"Put your accounts in order, that's the message,"

spoke loud and clear upon arrival at the

meeting in Luxembourg, in which the ECB president herself, Christine Lagarde, participated. .

"We are all together in Europe to get our budgets in shape, because the ECB has to have more chances and the ECB can only have chances

if the budgets of all member states are in good shape

He thus addressed the

most indebted countries and those with the highest public deficits

in Europe, which are precisely those that have been suffering in the last week an increase in the yield required for their bonds (which is always proportional to the risk of the issuer) and a tightening of its

(an indicator that measures the difference between the return on a ten-year bond from any country and its German counterpart, the bund, understood as a risk-free asset).

at the end of the first quarter and a public

, and whose ten-year bond offers a return of

, however, fell this Thursday to

agreed with the Austrian and claimed that, although the ECB has the "responsibility to fight inflation",

the responsibility of governments

and return to a

He thus asked the less orthodox countries in fiscal terms to

clean up their public finances

, since only in this way will they be able to offer

who have to buy their debt now that the ECB has stopped doing so.

A message that he has reiterated on several occasions and that he also recently conveyed in an interview with EL MUNDO.

Still, he wanted to send a message of

"We are seeing some increase in risk premiums among member states, but

there is no need for any concern

. In a long-term perspective, if you compare interest rates and premiums today with those of a few months or years ago , there is no need for anyone to get nervous," he said.

In our country, institutions such as the

or the Independent Authority for Fiscal Responsibility (

) have been asking the Government and, specifically, the Ministry of Finance, for more than a year to present a

to explain the market and the rest of European countries what strategy the country has to reduce the budget gap when the pandemic ends.

the Ministry has always maintained that it was not the time

to do so given that the fiscal rules of the European Union are not activated.

another of the countries that has traditionally been a 'hawk', that is, a supporter of a more restrictive monetary policy to keep inflation at bay and a defender of budgetary orthodoxy, also spoke on the same line this Thursday.

, said "these are not easy times" and that

and fighting inflation are of crucial importance.

, agreed in stressing that "in the medium term

the evolution of public debt has to be sustainable

" to accompany the ECB's monetary measures against inflation.

He also recalled that the European Union already has clear rules regarding budget rules despite the fact that the Stability and Growth Pact is suspended.

It refers to the restriction of keeping the budget

and making policies so that the public

, regulations that will be reviewed before they are activated again.

discussions that take place in the Governing Council of

the ECB to define a new anti-fragmentation instrument.

On Wednesday, this body ordered the institution's technical services to speed up the design of this instrument, but

its final approval must be agreed upon

by the Council in which all countries are represented.

As this medium has told,

conditionality will be key

, since the countries that keep their accounts in order, as the Austrian minister said, will demand that those in the south do the same to try to contain the profitability of their debt and their risk premiums.

If they achieved that budgetary rigor, it would not be necessary for the ECB to buy bonds from only some countries in a discriminatory way.

From the central bank, their spokesmen have tried to reinforce their message to penetrate the market.

"We are fully committed to quickly developing, designing and applying an instrument to deal with unjustified fragmentation," its vice president,