This Thursday, June 16, Iran announced that it had arrested a suspected Marxist activist linked to two French trade unionists detained since May 11 by the Iranian authorities. 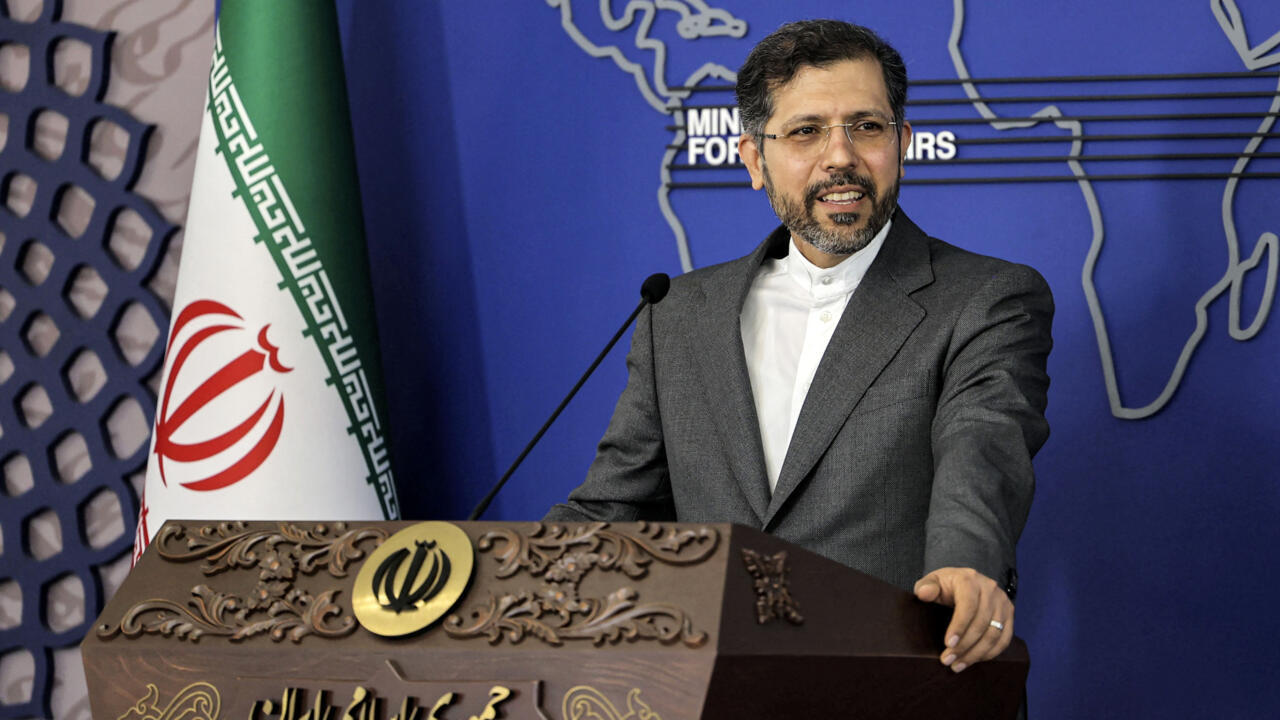 The arrest of the suspected Marxist activist comes as Iran is rocked by regular protests by professors.

Here, Iranian Foreign Ministry spokesman Said Khatibzadeh on May 9, 2022 in Tehran, during a press conference.

This Thursday, June 16, Iran announced that it had arrested a suspected Marxist activist linked to two French trade unionists detained since May 11 by the Iranian authorities.

An element of the Marxist left, whose mission was to incite sedition and unrest in the working class, was arrested as he prepared to flee the country

," state television said, without disclosing his identity or the date of his arrest.

According to the statement from the Ministry of Intelligence, this activist had met the two French trade unionists before May 1 to try to turn the gatherings of workers and teachers into unrest across the country.

He was arrested by the intelligence service of Western Azerbaijan (northwest), a province on the border with Turkey, as he attempted to leave the country illegally.

His identity has not been revealed.

In recent weeks, the media have reported the arrest of other activists who had met the

Cécile Kohler, an official of the French teachers' union linked to Force Ouvrière, was arrested along with her husband Jacques Paris as they were on their way to the airport to leave Iran after a stay of ten days.

They had entered Iran with a tourist visa, but Tehran accuses them of having wanted to push Iranian trade unionists to create unrest to destabilize the country.

assure France, which asked for their "

Since the announcement of their detention, the Iranian authorities have not provided any information on their fate.

This new arrest of this Marxist activist comes as teachers have organized a new day of protest across the country to demand an improvement in their economic conditions.

For months, the latter have been calling for reforms including an increase in their salaries and calling for the release of their colleagues arrested during previous mobilizations.