Is it up or down? Prices are a bit different in May

Zhongxin Finance, June 17 (Reporter Zuo Yukun) "In May, the sales prices of commercial housing in 70 large and medium-sized cities continued to decline month-on-month, but the decline slowed down; the year-on-year increase fell or the decline expanded." June 16 On May 2, 2022, the National Bureau of Statistics released the statistical data on the changes in the sales price of commercial resident 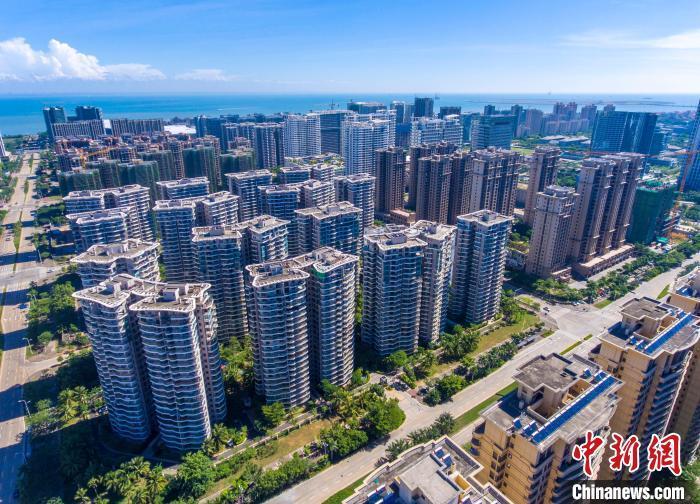 Zhongxin Finance, June 17 (Reporter Zuo Yukun) "In May, the sales prices of commercial housing in 70 large and medium-sized cities continued to decline month-on-month, but the decline slowed down; the year-on-year increase fell or the decline expanded." June 16 On May 2, 2022, the National Bureau of Statistics released the statistical data on the changes in the sales price of commercial residential buildings in May 2022.

House prices in May are difficult to sum up with a simple rise or fall.

Different development trends have appeared in the new and second-hand housing market and in cities with different energy levels.

"In the past 77 months, the price of new houses has dropped year-on-year for the first time, which fully shows that the downward pressure on house prices has increased significantly; however, the cooling trend of second-hand houses is more obvious than that of first-hand houses, and there have been individual cities with double-digit declines." Analysis by Yan Yuejin, Research Director of the Think Tank Center of the Research Institute.

According to the average calculation of data from the National Bureau of Statistics, the new house price index in 70 cities across the country in May rose by -0.2% month-on-month and -0.8% year-on-year.

Xu Xiaole, chief market analyst at Shell Research Institute, further pointed out that the improvement in new home prices in May was the result of an improvement in volume.

Data released by the National Bureau of Statistics on the 15th showed that in May, the sales area and sales of new commercial residential buildings nationwide increased for the first time this year, and investment and new construction also increased month-on-month.

Positive changes on the sales and investment side led to a narrowing of the month-on-month decline in prices.

However, second-hand housing reflects the real situation of the market, and the actual market is still in a downturn.

The sales price index of new commercial residential buildings in 70 large and medium-sized cities in May 2022.

In addition to the unsynchronized rise and fall of new and second-hand housing, first-, second-, and third-tier cities have different paces of recovery in the common atmosphere of cooling.

According to data from the National Bureau of Statistics, in May, the sales price of new commercial housing in first-tier cities rose by 0.4% month-on-month, an increase of 0.2 percentage points from the previous month.

Second-tier cities fell by 0.1% month-on-month, the same decline as the previous month.

Third-tier cities fell by 0.3% month-on-month, and the decline was 0.3 percentage points lower than that of the previous month.

"The month-on-month growth data of the third-tier cities showed positive signals, that is, the first-tier cities increased slightly, the second-tier cities did not decline, and the third-tier cities narrowed." Yan Yuejin believes that this is related to the measures to stabilize development in May, and it is also the real estate industry. An important evidence of stabilization.

"The recovery of first- and second-tier hotspot cities is accelerating. The role played by the loosening of regulation and control in many cities cannot be underestimated. The first-tier cities themselves have recovered faster this year, and the previous rhythm continued in May, except for Shanghai, which was affected by the epidemic. In addition to the suspension of market transactions, the recovery of other cities continues." Zhang Bo, director of the branch of the 58 Anju Room Real Estate Research Institute, pointed out.

"The third- and fourth-tier cities generally need to recover in the third quarter. Especially the second-hand housing data also shows that the market recovery will be more difficult than the first- and second-tier cities, but the market is generally expected to be positive." Zhang Bo said.

Taking Mudanjiang City, Heilongjiang Province as an example, the year-on-year decline in second-hand housing prices in Mudanjiang has reached 10.5%, and it is also the only city in the country with a double-digit decline.

Yan Yuejin pointed out that this is also the data with the largest decline in each month since 2020.

"It shows that the property market in some cities has been affected by population structure and market conditions, and is obviously relatively weak. It is necessary to actively do policy research to reduce the negative impact of the downturn in the second-hand housing market." Yan Yuejin said.

The sales price index of second-hand housing in 70 large and medium-sized cities in May 2022.

Has the market bottomed out?

"Looking forward to the market outlook, local policy support has been strengthened since June, and policies such as financing support for housing enterprises and risk relief are also being further implemented." Xu Xiaole pointed out that judging from the existing transaction situation, in the first half of June, the second-hand shells in 50 cities The average daily transaction volume of houses was more than 20% higher than the daily average in May.

Zhang Bo also believes that the market is already in the stage of bottoming and recovery, confidence is in the process of continuous recovery, and the most difficult time has passed slowly. The trading market of first- and second-tier hot cities is ushering in a new round of recovery under the stimulus of policies. Some three Although the fourth-tier cities are still at the bottom of the market, driven by the overall recovery trend across the country, the follow-up is also expected to gradually usher in a rebound in batches.

Zhang Dawei pointed out that on the whole, the market has shown signs of stabilizing gradually, and the favorable policies of the blowout have also given confidence to home buyers in some cities.