China's market share has fallen, why are Nike and Adidas not fragrant?

Zhongxin Finance, June 17 (Reporter Xie Yiguan) "I often wear Nike and Adidas when I go to school. I have been working for the past two years. When I buy sports shoes, I pay more attention to the style, and whether the upper feet are better-looking and easier to match." "90 Later," Xiaoyu said.   When people used to buy sports shoes, they first thought of Nike and Adidas. Now, during the "6.18" 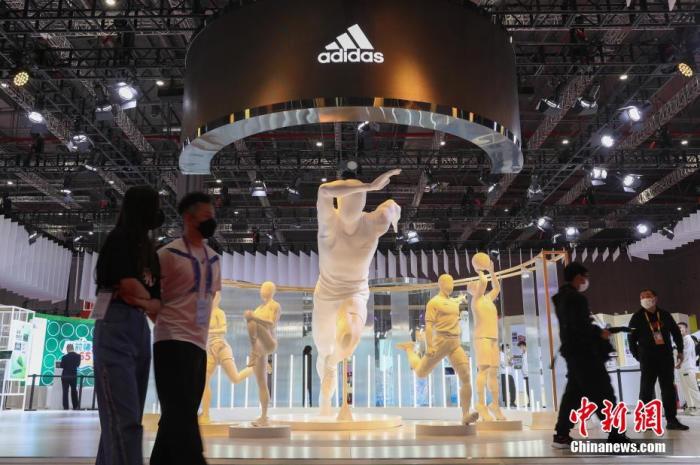 Zhongxin Finance, June 17 (Reporter Xie Yiguan) "I often wear Nike and Adidas when I go to school. I have been working for the past two years. When I buy sports shoes, I pay more attention to the style, and whether the upper feet are better-looking and easier to match." "90 Later," Xiaoyu said.

When people used to buy sports shoes, they first thought of Nike and Adidas. Now, during the "6.18" shopping festival, Anta, Li Ning, Xtep and Hongxing Erke are frequently seen on the sales list of sports shoes on e-commerce platforms.

The decline in sales of Nike and Adidas was also reflected in the first-quarter financial report data.

In the first quarterly report of 2022 released by Adidas a few days ago, net sales increased by 0.6% to 5.302 billion euros, and net profit attributable to shareholders of listed companies fell by 13.6% to 482 million euros.

Although it maintained a growth trend in Western markets, Adidas' sales in Greater China fell by 35% year-on-year, showing a "big decline", which also dragged down the overall performance.

This is not the first time Adidas has been "frustrated" in Greater China.

Another sports shoes and apparel giant Nike's situation is not optimistic.

The rise of domestic brands such as Anta and Li Ning

In the announcement, Nike and Adidas attributed the weak performance to the new crown pneumonia epidemic and supply.

In fact, since the Xinjiang cotton incident last year, the two giants have not recovered their "vigor" in China. In contrast, domestic brands such as Anta and Li Ning have seen their performance rise.

Anta's financial report shows that in the first quarter of 2022, the retail sales of Anta brand products recorded a positive growth of 10%-20% compared with the same period last year.

In the first quarter of 2022, Anta will maintain strong growth again, and its revenue may surpass Nike in Greater China or just around the corner.

Compared with Anta, Li Ning's growth rate is even faster.

Its operating data shows that as of March 31, 2022, the retail flow of Li Ning points of sale (excluding Li Ning YOUNG) on the entire platform recorded a high year-on-year growth of 20%-30%.

Anta Group increased to 16.2%, surpassing Adidas for the first time and rising to second place.

"In the past, domestic sports brands lacked the ability to innovate, and they would imitate foreign brands such as Nike and Adidas in style, but in recent years, the research and development capabilities of domestic brands have been greatly strengthened." Hu Chuncai, a retail expert and general manager of Shanghai Shangyi Consulting, told Zhongxin Finance and Economics reporter.

At the same time, "young people are no longer obsessed with 'foreign brands', the rise of 'national tide', and domestic brands such as Li Ning are more trendy in design and are welcomed by young people." Hu Chuncai said that domestic brands are also better at comparison. Marketing, pay more attention to e-commerce, social media and other channels to promote.

These factors have also led to the current situation in which Nike and Adidas are "regressing" in China, and domestic brands have overtaken them.

"With the improvement of national health awareness and the encouragement of national policies, the current demand for residents' sports is still on the rise, and the market penetration rate and scale of sports shoes and clothing will expand rapidly." Guosheng Securities believes.

In the face of poor sales in Greater China, Nike and Adidas are also taking action.

Recently, Nike announced that the transformation of its own digital platform will be launched in July, including Nike App, official website and WeChat applet, NTC WeChat applet for course training, and SNKRS App, a sneaker purchase platform.

Behind a series of operations is a speculation on the psychology of Chinese consumers.

Men Lijun, vice president of Nike Greater China and general manager of market development, said that it is the consumer trend that Chinese consumers are keen on digitalization and pursue physical and mental health, which has inspired Nike's innovation inspiration.

While Adidas is committed to digital transformation and strengthening marketing, it also announced the replacement of the head of its China business. Adrian Siu will replace Jason Thomas as the managing director of Greater China from April 1.

Previously, under the leadership of Xiao Jiale, Adidas recorded considerable growth in revenue and profit in China.

However, in the opinion of experts, domestic brands still have obvious advantages.